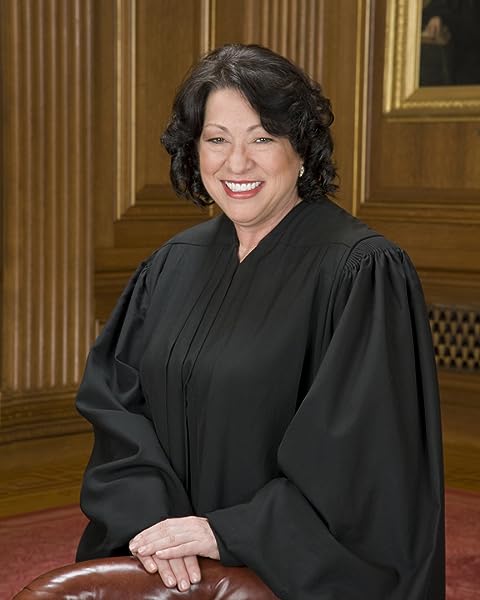 Sonia Sotomayor, Associate Justice, was born in Bronx, New York, on June 25, 1954. She earned a B.A. in 1976 from Princeton University, graduating summa cum laude and receiving the university's highest academic honor. In 1979, she earned a J.D. from Yale Law School where she served as an editor of the Yale Law Journal. She thereafter served as Assistant District Attorney in the New York County District Attorney's Office from 1979–1984. She then litigated international commercial matters in New York City at Pavia &amp; Harcourt, where she was an associate and then partner from 1984–1992. In 1991, President George H.W. Bush nominated her to the U.S. District Court, Southern District of New York, and she served in that role from 1992–1998. She then served as a judge on the United States Court of Appeals for the Second Circuit from 1998–2009. President Barack Obama nominated her as an Associate Justice of the Supreme Court on May 26, 2009, and she assumed this role August 8, 2009.

4.7 out of 5 stars
4.7 out of 5
69 global ratings
How are ratings calculated?
To calculate the overall star rating and percentage breakdown by star, we don’t use a simple average. Instead, our system considers things like how recent a review is and if the reviewer bought the item on Amazon. It also analyses reviews to verify trustworthiness.

Katerina
5.0 out of 5 stars Learning Spanish
Reviewed in the United States 🇺🇸 on 1 June 2022
Verified Purchase
Excellent ⭐️ I am a fan of Sonia Sotomayor but as well I am a student learning Spanish and I decided to get this book for that reason and that I am completely in love with the illustrators that she has chosen for her books. I am an adult graphic designer studying Spanish. Muchas Gracias Justice Sotomayor 🙏💕⭐️🌈 I hope to pass this book onto my grandchildren soon! I also purchased her Solo Pregunta book— both with excellent stories and helpful vocabulary.
Read more
Report abuse

Sharon a.
5.0 out of 5 stars Great for young readers learning Spanish!
Reviewed in the United States 🇺🇸 on 14 March 2022
Verified Purchase
7 year old Grand daughter in a dual language program. She loved the challenge reading in Spanish and was so excited to learn about Justice Soto Mayor!
Read more
Report abuse

Yo
5.0 out of 5 stars Excellent
Reviewed in the United States 🇺🇸 on 23 February 2022
Verified Purchase
Very good for children.
Read more
Report abuse

Arnita Mouhcine
5.0 out of 5 stars My grandson is learning Spanish so I had him read it and explain it to me.
Reviewed in the United States 🇺🇸 on 11 July 2022
Verified Purchase
I used this book to help my grandson with reading Spanish
Read more
Report abuse
See all reviews