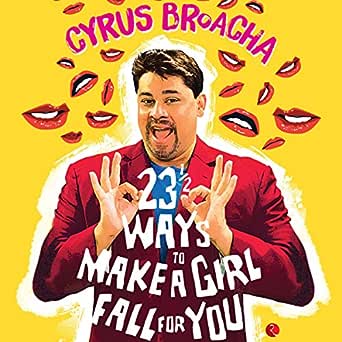 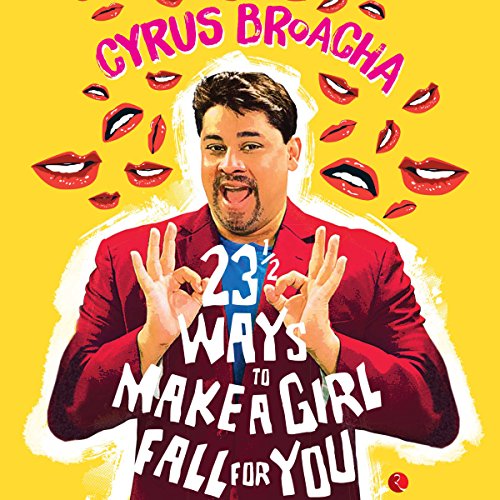 2.1 out of 5 stars
2.1 out of 5
7 customer ratings
How does Amazon calculate star ratings?
Amazon calculates a product's star ratings based on a machine learned model instead of a raw data average. The model takes into account factors including the age of a rating, whether the ratings are from verified purchasers and factors that establish reviewer trustworthiness.

Kedar Patel
2.0 out of 5 stars Disappointing turn from the master of comedy
Reviewed in India on 12 September 2018
Verified Purchase
I normally enjoy the books by Cyrus broacha! All of his novels are highly entertaining as both satires and as complete stories in itself! But when he comes down to putting together fictional letters and answers come down, it’s disappointing and drags at several places! Re-read kal, aaj Aur Karl instead
Read more
Helpful
Comment Report abuse

Pallavi Sharma
1.0 out of 5 stars Unfunny
Reviewed in India on 4 December 2016
Verified Purchase
Quite disappointing coming from The Cyrus Broacha! I'm not sure if it's even worth my time to provide a review.
Read more
One person found this helpful
Helpful
Comment Report abuse

Mahesh Sowani
2.0 out of 5 stars Strictly for Broacha fans
Reviewed in India on 29 June 2017
The blurb of 23 ½ Ways to Make a Girl Fall For You self confesses that it is the most incorrect piece of work ever written. It gives a disclaimer that very little of the information in the book will be useful for the male, obviously whose hormones are surging and whose brain is undoubtedly dysfunctional to make a woman woo.

If so is the case why should one read the book? For Cyrus Broacha of course. Read this book only, and only if you are a huge fan of Cyrus Broacha.

In this book Broacha plays the role of an agony aunt addressing queries of Indian men. Needless to say that both the queries and their answers segue into a graph which moves between being silly and idiotic. You may enjoy a page or two but thereafter you wont find anything funny. Of course Mr. Broacha has a huge fan following and may be his fans may enjoy this work of his.

Writing Buddha
3.0 out of 5 stars Humorous in parts
Reviewed in India on 28 October 2016
Reading a humorous book is always a stress-buster and when it's written by someone witty like Cyrus Broacha or Twinkle Khanna, the excitement to read those witty lines make you turn page after page so quickly that you end up finishing the read within 3-4 hours. The same happened with me when I picked up Cyrus Broacha's latest release "23 & 1/2 Ways to Make a Girl Fall For You". Though this is not one of the best works of Cyrus but as he is known for being that agony uncle who gives advise to anyone who is not able to find love or date a girl, this book is a must-read.

The book is full of letters that normal Indian guys have sent to Cyrus for asking a tip, suggestion or asking to motivate them about how to propose or approach a girl. Cyrus knows that it's hard to explain the Indian men that the girl will never say YES to them so rather than giving a challenging response, Cyrus starts sympathizing with the readers in his reply. And that's where the fun begins. Also when in few cases he gives advise and let the man know that he is not wrong on his part, that becomes more hilarious. The references that Cyrus gives in his reply of other topics and situations is damn hilarious and this is what makes this guy special. Right from his BAKRA days to now, the guy have not stopped impressing us.

In few letters, I did feel that the letters to Cyrus sounded really fake because of their length and the way the grown up guys showed innocence. Cyrus should have scripted those letters with little more reality than doing it just for humorous purpose. This is the only problem that I had from this book where the letters were as long as 2 and a half pages sometimes. It became exhaustive then to continue reading that letter as you already know the end result of it. Also, in some of the responses, Cyrus did sound as if he was trying to be humourous and it wasn't coming it to him naturally. Otherwise, this book should be read in breaks because the letters and the reply becomes monotonous for the readers after sometime and you will stop enjoying it in the middle of it. I give this book 3 stars out of 5.

Nikita Jhanglani
2.0 out of 5 stars Could've been better
Reviewed in India on 11 January 2017
The book is a collection of the various letters that CB must have received for the agony aunt column he writes for a leading newspaper. Some of the anecdotes and CB’s funny responses to the equally weird questions were good, some even managing to have me in splits. But I thought, in spite of all this, the book was too dry to make an entertaining read; I had to struggle enough to finish reading it.
Read more
Helpful
Comment Report abuse

vinod
1.0 out of 5 stars Not recommended
Reviewed in India on 4 December 2016
First thing author confuses the reader a lot with his weird characters or sentences which are not funny at all. Stories are not either engagung or funny. Content doesn't deserve that title.
Read more
Helpful
Comment Report abuse

Amazon Customer
4.0 out of 5 stars Well written!
Reviewed in India on 26 January 2017
Very well written solutions to weirdest set of questions. Extensively filled with humor. I hope people understand these jokes and not take it in the offensive
Read more
Helpful
Comment Report abuse
See all reviews from India
Unlimited FREE fast delivery, video streaming & more
Prime members enjoy unlimited free, fast delivery on eligible items, video streaming, ad-free music, exclusive access to deals & more.
> Get started
Back to top
Get to Know Us
Connect with Us
Make Money with Us
Let Us Help You
EnglishChoose a language for shopping.
© 1996-2020, Amazon.com, Inc. or its affiliates