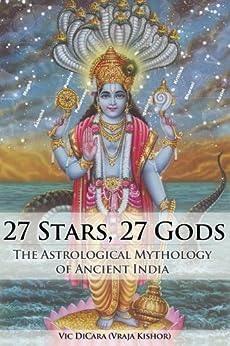 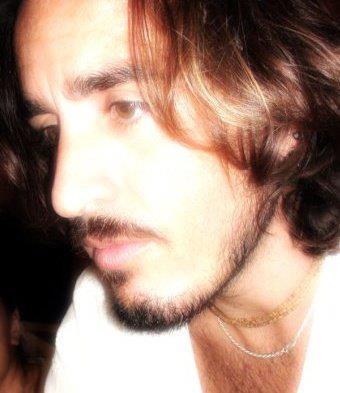 Vic DiCara wrote his first short novel when he was 10 years old and hasn't stopped since. He's been the chief editor of 3 different magazines, author of poetry and lyrics, handbooks and textbooks. His writing is popular because of its uncommon clarity, directness, simplicity - and his willingness to explain even the most complex topics in the most straightforward terms. His study of Indian culture began in 1990, when he adopted Gaudiya Vaishnava sadhanas. He was soon recognized as a foreign-born Brahmin and awarded the name "Vraja Kishor das." He has been practicing Sadhana since 1990 and practicing astrology professionally since 2007. --This text refers to the paperback edition.

4.4 out of 5 stars
4.4 out of 5
146 global ratings
How are ratings calculated?
To calculate the overall star rating and percentage breakdown by star, we don’t use a simple average. Instead, our system considers things like how recent a review is and if the reviewer bought the item on Amazon. It also analyses reviews to verify trustworthiness.
Top reviews

Sumit
3.0 out of 5 stars Not met my expectations
Reviewed in India on 21 April 2018
Verified Purchase
I had so much high hopes from this book about Nakshatra. I was disappointed. It doesn't contain all the mythological stories of the related Gods. For example, in Pushya Nakshatra the interconnected story of its lord Jupiter with Tara and Soma is missing. And the events occurring in that particular story is an important feature of pushya Nakshatra natives, especially if it is connected to their 7th house of marriage. Similarly, for Chitra Nakshatra the interconnected story of its lord Vishwakarma with her daughter is missing and that story shows why these natives have a strained father-daughter relationship.
But for a new beginner in Nakshatra Astrology, it is quite a good, helpful book.
Price of physical copy is too high for a 160 page book which doesn't contain all the information. I am happy I purchased Kindle version for quite less.
Read more
15 people found this helpful
Helpful
Report abuse

Sumir Sharma
5.0 out of 5 stars A real scientific temper at its best
Reviewed in India on 18 April 2017
Verified Purchase
Marvellous. A Scholarly Work. A real scientific temper at its best.
It is a work based on original thought and original work and efforts. But let me warn you. It is not a work on Astrology. It is work on Nakshatras as a scholarly rendition of understanding pursuing a query and performing a scientific evaluation of Vedic and puranic sources. Secondly, those who do not know anything about Vedic knowledge, may not buy it. However, those who are serious readers and seek some real understanding and also those who want to undertake study in astrology, they should definitely go through it. It is another thing, that he has given some of his own interpretations. But, that is as per the craft of scientific evaluation of the sources which he has referred. Worth money and time spend on it. Those who swear by Vedic knowledge and Sanskrit language may just try to peep into it and learn how to be humble and then claim glory for the things for which they shout with pitched screams about their greatness. A great work.
Secondly, those who read it on Kindle on PC, they may use Bookerly Font. In Georgia Font, many Sanskrit Transliterations do not appear correctly. The boxes appear. That destroy the continuity of the comprehension. Those who know Hindi or Sanskrit, they may manage.
One thing more, his paperback editions are too costly.
Read more
13 people found this helpful
Helpful
Report abuse

Meetu Jain
3.0 out of 5 stars It’s too pricey in compare to the content
Reviewed in India on 24 August 2021
Verified Purchase
If anyone planning to buy paperback, I will highly discourage them to do so, there is nothing that you will learn of any nakshatra, the know is very shallow and in bits and pieces. There are few stories that are picked from the Puranas and Upanishads, for that it seems Amar chitra katha does a better job. At this rate at least no Indian will buy this kind of stuff
Read more
Helpful
Report abuse

Mandar Pitale
5.0 out of 5 stars Well researched interpretations from connected mythological stories from ancient literature
Reviewed in India on 20 April 2019
Verified Purchase
Excellent book giving a well researched interpretations from the connected mythological stories from Puranas. Must have for all the students and researchers in Vedic astrology.
Read more
One person found this helpful
Helpful
Report abuse

Rama Krishna Varma
5.0 out of 5 stars Great Book
Reviewed in India on 30 June 2016
Verified Purchase
One of the finest way to learn complex things is by stories .... an exemplary book for it's simplicity n lucidity!!!
Read more
7 people found this helpful
Helpful
Report abuse

Rohit Malhotra
4.0 out of 5 stars Gist of all 27 nakshatras!!
Reviewed in India on 23 October 2019
Verified Purchase
It only contains mythological stories associated with all nakshatras.
Not relevant if you are purchasing from astrologer point of view.
Read more
Helpful
Report abuse
See all reviews

Amazon Customer
5.0 out of 5 stars Would recommend this to everyone
Reviewed in the United Kingdom on 28 December 2018
Verified Purchase
Bought this for Christmas for my daughter.
Very pleased with this product
Read more
Report abuse

Kindle Customer
5.0 out of 5 stars Clear and uncluttered
Reviewed in the United Kingdom on 23 October 2019
Verified Purchase
This was a very crisp and clear explanation of the nakshatras. The concepts were easy to follow, and can be easily referenced.
Read more
Report abuse

Kalinka Borissova-Petkova
5.0 out of 5 stars This is a great book on Nakshatras
Reviewed in Canada on 3 July 2017
Verified Purchase
This is a great book on Nakshatras. I highly recommend it to every person who is just starting her/his journey in Vedic astrology, but also to see with deeper knowledge.
I reread it and find useful information every time. Thank you Vic for your great book!
Read more
One person found this helpful
Report abuse

ariane
5.0 out of 5 stars fantastic collection of stories
Reviewed in Spain on 20 July 2021
Verified Purchase
entertaining yet clarifying, it help me to understand the challenges and opportunities of all my naksatra placements. a must have!
Read more
Report abuse

AMARA
5.0 out of 5 stars Love
Reviewed in Canada on 17 March 2019
Verified Purchase
Great book!
Read more
Report abuse
See all reviews
Back to top
Get to Know Us
Connect with Us
Make Money with Us
Let Us Help You
EnglishChoose a language for shopping.
© 1996-2021, Amazon.com, Inc. or its affiliates