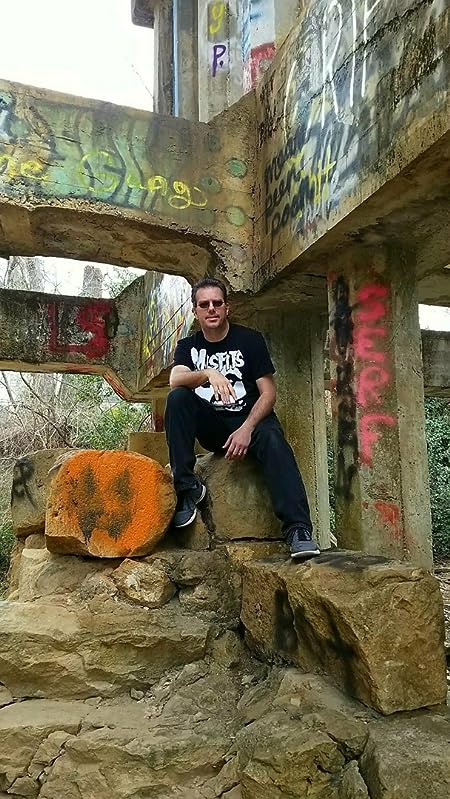 A.J. Brown is a southern-born writer who tells emotionally charged, character driven stories that often delve into the darker parts of the human psyche. Most of his stories have the southern country feel of his childhood. His stories have been described as horror with heart.

A.J. writes in a conversational style that draws the reader in and holds their attention. His characters are average people with average lives who are layered with memories and emotions and are fallible, just like anyone else.

A.J. draws inspiration from every day events and conversations. The characters of his stories are drawn from people he has met or seen during his life.

Though he writes mostly darker stories, he does so without unnecessary gore, coarse language, or sex.

A.J. is also a husband to Cate and a father to two kids, who often inspire him in the most interesting ways.

More than 200 of his stories have been published in various online and print publications. His story, Mother Weeps, was nominated for a Pushcart Award in 2010. Another story, Picket Fences, was the editor’s choice story for Necrotic Tissue in October of 2010. The story, Numbers, won the quarterly contest at WilyWriters.com in June of 2013.

His novel, Dredging Up Memories, was released in May of 2016. John Malone, the narrator of the audiobook won the Voice Arts Award for best voice over in a science fiction narration in December of 2107.

You can purchase all of his books, including Dredging Up Memories, Voices, and A Stitch of Madness (both released by Stitched Smile Publications), or any of his other works--Along the Splintered Path, Southern Bones, Cory’s Way, Ball Four, The Forgetful Man’s Disease, as well as his collaborative effort with M.F. Wahl, All We See is the End on Amazon.

A list of his publications along with links to many of his stories can be found on his website HERE.

You can find A.J. at these places: 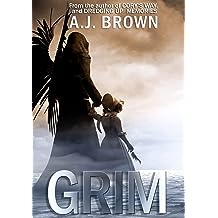 The Grim Reaper … what do you say about such a being? He has been depicted in almost every culture as a collector of souls, a ferryman to the land of the dead, an evil deity that takes delight in taking the lives of people. He is both fascinating and terrifying.

A.J. Brown breathes emotion into the legend of the Grim Reaper. With stories of a woman racing against the clock to save her husband, an artist painting pictures with hidden messages, a young girl facing a decision in the final minutes of her life and eight other tales that will leave you questioning your views on the Grim Reaper. 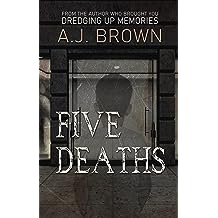 Five Deaths 12 Jan, 2021
by A.J. Brown, Tara Bennett, Lisa Vasquez, Larissa Bennett
₹ 367.00
Andrew Colson never intended to kill anyone. The dead that haunted his childhood had other plans.The first ghost to appear to him was Billy Jumper, a four-year-old special needs child murdered by his stepfather in a drunken fit. Billy was followed by Sarah Lockingham and Janie Whiteside, then the one person who he loved most, his father. After the death of a close friend, Andrew learns what the ghosts want from him and sets out to fulfill their needs. In doing so, Andrew discovers a devastating truth that may push him beyond setting things right for the dead. It might lead him to revenge.
Read more
inclusive of all taxes 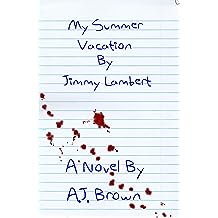 My Summer Vacation by Jimmy Lambert 25 May, 2020
by A.J. Brown
₹ 384.00
On the third day of summer vacation in 1979, three boys walked along the side of a road, laughing, talking about baseball cards, swimming at Booger’s Pond and Sarah Tucker, the prettiest girl in school. How could they know a few minutes later one of them would be dead, one crippled and one about to face the worse summer of his life? Wrongly accused of a crime he didn’t commit, Jimmy Lambert is sent to The Mannassah Hall Institute for Boys. On his first day there, Doctor William English strikes him. It would be the first of many Jimmy would suffer at the hands of guards and inmates. Fighting back is an option, but could it have dire consequences?As Jimmy loses hope, two unlikely people come to his aid. Will they be in time to save him from the bullies at The Mannassah Hall Institute for Boys? Or will they be too late?
Read more
inclusive of all taxes 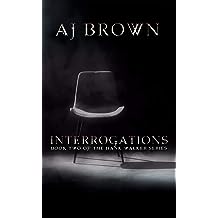 Interrogations 2 Aug, 2019
by AJ Brown, Donelle Pardee Whiting, Larissa Bennett
₹ 206.00
Hank Walker woke up in a bed in survivor camp. He should have been dead, and a short time after that, he should have risen and joined the ranks of the shambling biters—those who had died and come back seeking the flesh of the living. Instead, he woke up alive and in a safe place.

Or is it truly safe?

Ruled by Harrison Avis, a militaristic leader, Hank realizes quickly Fort Survivor S.C. #3 might not be so safe after all, especially for those who do not find favor with Avis.

When a member of the camp is exiled to the outside world, Hank launches a plan to expose Avis as corrupt. It’s a plan with possible grave consequences for all involved. Though he knows the dangers of failing, Hank is willing to take the risk to protect what remains of his family, if not from Harrison Avis, then from himself. 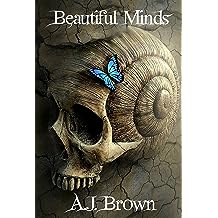 Beautiful Minds 6 Jan, 2019
by A.J. Brown
₹ 449.00
The mind is all a person truly has. It is there when you wake in the morning and when you close your eyes at bedtime. It is there during all the hours in between, when the lights are out and the world is at its most terrifying.

Though you can lose it, it can’t be taken from you. It can be swayed, changed and even convinced, but it is still yours. It can be open or closed, quick or slow. It can be a steel trap, a sponge or a black hole that swallows every thought.

It holds every desire, dream and memory you’ve ever had. It reminds you of every fear, failure and regret.

It has been called brilliant, sweet, devious, sinister, and wicked. 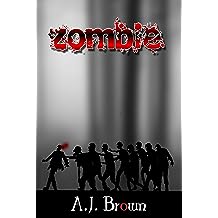 Zombie 6 Jan, 2019
by A.J. Brown
₹ 355.00
Civilization as we know it is over. The dead have risen. The living are few and far between. Those still alive struggle to survive in the world of the undead.

Come along as two teenagers venture to the edge of the wall of the City, wanting nothing more than to see what’s on the other side. A man revisits the scene of the most horrific event of his life. An addiction sends two young men into a zombie infested town. A clown and two circus friends find trouble they may not be able to get out of alive. And does French dressing make everything better?

A.J. Brown brings his ‘horror with heart’ style to the zombie genre, and the undead horde may never be the same. 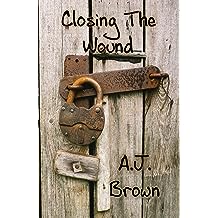 Closing the Wound 3 Jan, 2019
by A.J. Brown
₹ 211.00
On a Saturday morning in early February of 2002, the phone rang. How was I supposed to know the voice on the other end would ask a question I dreaded answering?

"What happened that night?"

That night was Halloween of 1995, when a young man was brutally murdered.

Swallowed by a rush of memories and the word, Goodbye, I took a trip to the past, where some wounds never heal. This is my story. 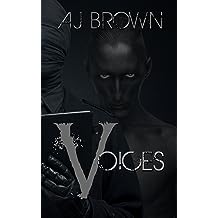 Voices 13 Apr, 2018
by AJ Brown, Donelle Pardee Whiting
( 2 )
₹ 194.00
The mind is a terrible thing to waste. It is also a terrible place to live. Thoughts, fears, and paranoid thoughts lurk in the shadows, waiting to pounce when you are most vulnerable. Those thoughts whisper words of no escape. But what happens when the mind settles on revenge instead?
Read more
inclusive of all taxes 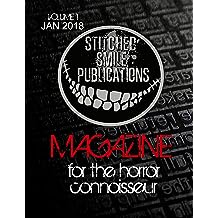 We are here for the horror connoisseur, serving up the very best dishes of the strange, the frightening, and the horrifically beautiful. It’s sixty-four full color pages crammed to busting with work by supremely talented authors, poets, and artists! Dark twisting tales, full page art work, and in depth interviews, reviews, and articles, are sure to delight even the harshest of critics. 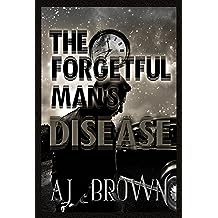 The Forgetful Man's Disease 1 Sep, 2017
by A.J. Brown
( 2 )
₹ 232.00
Homer Grigsby is in the twilight of his life. His body is frail, and his brain isn’t as sharp as it used to be. Having outlived his wife and friends, and even his only son, Homer is left with his thoughts on most days. It’s on those days—when he is alone—that Homer’s mind drifts away and the ghosts of the past visit him.

“It’s time to go,” the ghosts say, but Homer resists their calls. Instead, he ventures back in time to a painful memory … and one buried deep in the recesses of his soul … 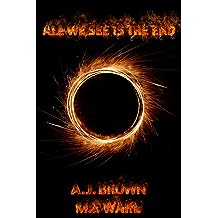 Run For the Flame takes us into a world where an ice age has engulfed everything, driving life underground. The Sanctuary holds the last vestiges of humanity, but its walls are cracking and the ice is slowly encroaching. In their last grasp at survival, the community is forced to send their boys on an all important run for the flame … none have ever returned.

In Purple Haze, a crash landing on an uninhabited planet strands Adira and the surviving members of her crew. Surrounded by a quiet world of blue grass and purple skies, danger lurks within the beauty. Without contact to Earth and light years from home, they encounter a treacherous enemy that threatens to destroy them from the inside out.

Wahl and Brown use their easy styles to draw you in and hold you close. Welcome to their nightmares. 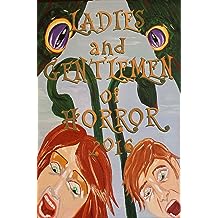 The Ladies and Gentlemen of Horror is a unique anthology that is as much about the writer as the stories they tell. Inside, you will find remarkable horror in the form of short stories, flash fiction, and poetry, as well as an in-depth biography and fun photos from each stunning lady and brilliant Gentleman. Rounding out the tome is breathtaking cover art by W. Freedreamer Tinkanesh and a heartfelt foreword written by 2015 Gentleman of Horror, John H. Howard.