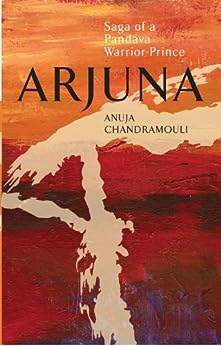 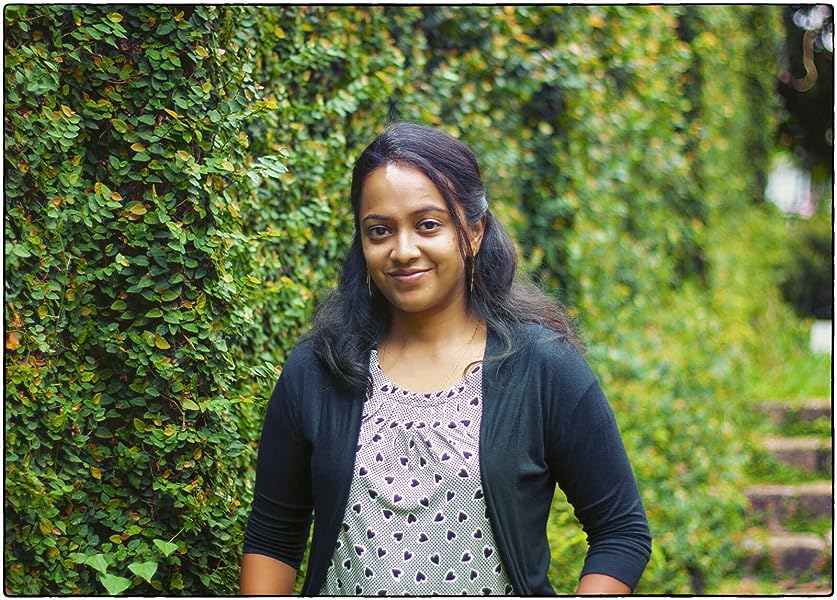 About the Author: Anuja Chandramouli is an ardent admirer of Veda Vyasa's Mahabharata and made her writing debut with Arjuna Saga of a Pandava Warrior-Prince: 1 . She holds Mahabharata to be one of its kind in the world of epic literature and has put together years of research to give us this book in a beautiful seamless narration of the life of one of the greatest princes of all Indian mythology. --This text refers to the paperback edition.

3.8 out of 5 stars
3.8 out of 5
66 global ratings
How are ratings calculated?
To calculate the overall star rating and percentage breakdown by star, we don’t use a simple average. Instead, our system considers things like how recent a review is and if the reviewer bought the item on Amazon. It also analyses reviews to verify trustworthiness.

Sumit Basak
1.0 out of 5 stars Complete Disappointment
Reviewed in India on 19 August 2018
Verified Purchase
Who doesn't know Arjuna, the third Pandava prince, husband of Draupadi, Sakha of Shri Krishna & the world's renowned archer, from the epic poem of the Mahabharata? Every Indian while growing up had watched Mahabharata by B.R. Chopra, telecasted in Doordarshan in the 80s' or the Mahabharata by Swastik Productions Pvt, telecasted in star plus in 20s'. So the image & story of Arjuna has been embedded in our mind & heart from our childhood, whether through folklore, grandma's bedtime stories, films, tv series or books.

For me, Arjuna was the most prominent & charismatic male character in the Mahabharata whose stories fascinated me from my childhood. He was known by many names --- 'Arjun', son of Pritha, 'Partha' son of Pritha, 'Phalguna' one who born under the star Phalguni, 'Kiriti' who was presented with a golden diadem by Indra, 'Swetavahana' rider of a divine chariot, 'Jishnu' one whose rage is dreadful to behold & who became scourge of three worlds, 'Bibhatsu' one who is fair & ethical in conduct, 'Vijaya' one who never lose a battle, 'Savyasachi' one who is ambidextrous, 'Dhananjaya' one who brings prosperity wherever he goes --- & had various facets & shades in his character, but who Arjuna really was? The author Anuja Chandramouli attempted to answer this question in her debut novel Arjuna Saga of a Pandava Warrior-Prince.

Now coming to my view about the book, it was written in simple language, which is quite too simple for me. Each chapter tells you some incidents from Arjuna's life, like short stories. Judging from its name I was expecting the book to be a character-driven story, that it will portray the Mahabharata from Arjuna's POV, something like The Palace of Illusions by Chitra Banerjee Divakaruni, but to my utter disappointment, I was so wrong. The book is nothing but a summarised retelling of the Mahabharata. There was no characterization, dialogues were seemed to be put forcefully & lots of backward forward storytelling makes the storyline confusing. The first half of the book is very fast pace & many important incidents are either ignored or written hurriedly, while the 2nd half felt too dragging. Long conversations, characters background stories & descriptions of the battle scenes are used to unnecessarily stretched the chapters long. The relation which Arjun share with Drupadi is disregarded. She comes only in a few pages in the entire book, while the story of Karna is elaborately described in the 2nd half as if it was his story, not Arjuna's.

After completing the book, I was feeling like why the hell I read this book. Its complete waste of time. I would not recommend this book to anyone. I will give 1 star out of 5 & that too for the author's boldness to write about such a larger than life characters in her debut novel.
Read more
10 people found this helpful
Helpful
Report abuse

GARGI SRIVASTAVA
2.0 out of 5 stars Immature, hapahazard and messy..
Reviewed in India on 25 February 2019
Verified Purchase
The book concentrates on a single person : Arjun. The stories are so haphazardly placed. In the same place, stories from past and future are put up together making it a complete mess to understand. The book felt so immmature when I compared it to the other books of the same genre. The style of writing is also not impressive. There is nothing in the books that will motivate you to progress through it. I really had a hard time reading this book.
Read more
Helpful
Report abuse

shashank
4.0 out of 5 stars Arjuna the Hero of the Mahabharata
Reviewed in India on 25 May 2014
Verified Purchase
Anuja has very nicely portrayed the might of the powerful warrior prince Arjun. The book is very lively and makes interesting reading
Read more
2 people found this helpful
Helpful
Report abuse

Nishant Nagar
5.0 out of 5 stars Nicely Written
Reviewed in India on 23 July 2014
Verified Purchase
First time i am reding any novel. I always have had a keen interest in mahabharat. Arjuna has always been my hero. Abot this novel: Very Good written tells about every single story associated with virtuous Arjuna :)
Read more
One person found this helpful
Helpful
Report abuse

BV
1.0 out of 5 stars One Star
Reviewed in India on 6 October 2017
Verified Purchase
Nothing new. I found that it was just ab rehash of the Mahabharatha.
Read more
Helpful
Report abuse

Shari's Peculiar Fascination
5.0 out of 5 stars Couldn't Put It Down
Reviewed in the United States on 11 October 2013
Verified Purchase
A retelling of The Mahabharata, this book centers the action around Arjuna and takes us from his beginning to end. As great of a hero as Arjuna is, the author manages to infuse enough ordinary man into his character to make him someone we can all relate to. We also get a deeper insight into the other key players in this half historical, half mythical Indian drama. Having read The Mahabharata, I thought this might be a little boring; but the character draws you in and moves you swiftly along. I would recommend this book to anyone who likes a good hero tale!
Read more
One person found this helpful
Report abuse

R Chacko
1.0 out of 5 stars I was not impressed
Reviewed in the United States on 25 November 2014
Verified Purchase
This was rather disappointing. It is really an 'attempt' at re-telling the Mahabharata rather than offering a perspective from Arjuna's point of view. And even then, a poor re-telling of the Mahabharata. Given the psychological, sociological, and historical studies that have been conducted since the first English translation of the epic and the author's own educational background, I expected so much more.

Arjuna's perspective is rather visibly lacking, except in some instances almost like an afterthought. If anything, in places, this reads like Karna's version of events. When he is discussed, Karna's character is drawn using a gentler and more admiring hand. Most of the other characters are really caricatures and I was rather disappointed with the village idiot role assigned to Bhima, especially since I had just finished M T Vasudevan Nair's Bhima — The Lone Warrior before I started on this book. Probably, the only thing this book did for me was make me realize, through sharp contrast, the brilliance of M T Vasudevan Nair.

The writing is also verbose and packed with adjectives that make for a mouthful but don't in any way add to the narrative. Also, I disliked awkward sentence constructions like "doom you seem to be craving for".
Read more
3 people found this helpful
Report abuse

Moviefan
2.0 out of 5 stars Nothing special, pass on it
Reviewed in the United States on 19 October 2016
Verified Purchase
I guess I was expecting something more than just the same story structured slightly different. There is nothing about Arjun's inner thoughts, or any emotional dialogues. This reads like a simple book on Mahabharat, written for young children. I would pass on this one.
Read more
Report abuse

Arvind Thapar
4.0 out of 5 stars A modern retelling
Reviewed in the United States on 25 September 2014
Verified Purchase
Dissecting the character of Arjun, the foremost hero of the Mahabharata war, is no mean feat and Anuja has done a nice job if it. His strengths, weaknesses and loves have been explained admirably. We find the protagonist a noble and vain warrior, magnanimous and churlish at the same time.
Enjoyable read.
Read more
One person found this helpful
Report abuse

Mouse
5.0 out of 5 stars great storytelling, an enthralling book
Reviewed in the United States on 30 May 2013
Verified Purchase
Arjuna is one of the coolest, most revered warriors in Indian mythology. As a child in India in the early 80's, Arjuna was the only character I could equate to a modern day superhero. And Anuja has written a fast paced, enthralling homage to the Mahabharata's gunslinger which is difficult to put down. She has put together a vivid account of the Pandava warrior, and skillfully woven it against the larger backdrop of the Mahabharata. The chapters on Krishna, Karna, Draupadi and Abhimanyu's death deserve special mention. A must read if you enjoy tales of the Mahabharata.
Read more
One person found this helpful
Report abuse
See all reviews
Back to top
Get to Know Us
Connect with Us
Make Money with Us
Let Us Help You
EnglishChoose a language for shopping.
© 1996-2021, Amazon.com, Inc. or its affiliates