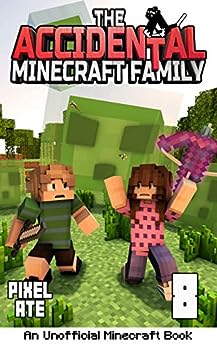 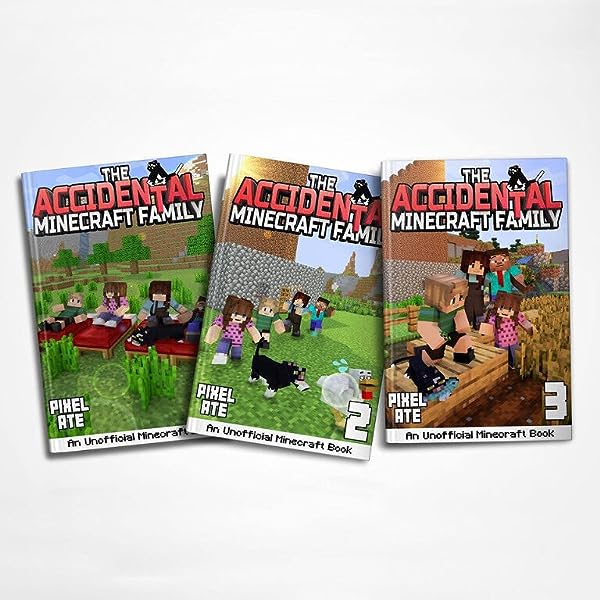 4.8 out of 5 stars
4.8 out of 5
41 global ratings
How are ratings calculated?
To calculate the overall star rating and percentage breakdown by star, we don’t use a simple average. Instead, our system considers things like how recent a review is and if the reviewer bought the item on Amazon. It also analyses reviews to verify trustworthiness.
Top reviews

Pradeep B.
5.0 out of 5 stars My Feedback
Reviewed in India on 12 March 2021
My favourite character is Bruce Lee the scar – faced Ninja Kitty Attack from Japan (Who Smells like Poop). Yes, I miss the villagers, I think the witch has something up her sleeve, and those slimes that can regrow back to full size, man, those are incredible!! My character idea for the Codex of Seeds: A human (named Johnson) who gets pushed into Minecraft, spawns near an Active Nether Portal, a Village 70 blocks on his left, a Pillager Outpost 259 blocks behind him, a Swamp Hills Biome 128 blocks in front of him, a Jungle Biome 121 blocks on his right, and a Modified Jungle Edge Biome between the Swamp and Jungle Biomes. And he spawns with an Elytra with Mending enchantment. P.S. A Modified Jungle Edge Biome is the rarest biome in all of Minecraft. Elytra is the rarest item in Minecraft, and it is much rarer when spawned with Mending.
Read more
Helpful
Report abuse

Shyamhegde
5.0 out of 5 stars Worth it 100%.
Reviewed in India on 9 March 2021
I have been waiting for this book to release, it was quite a long wait but worth it in the end. Would recommend to anyone. My favorite parts are the humorous parts scattered here and there throughout the books. And if you can, add me in the codex of seeds as yttrium676. You probably get a lot of such requests and are trying your best, I don't mind if you miss this request.
Good Day to all those who took the time to read this review.
To the authors: keep going strong <3 <3
Read more
Helpful
Report abuse

Nishigandha Gadkari
5.0 out of 5 stars OOOOOOOOOOOOOOOOOOOOOOOOOOH!!!!!!!!!!!!!!!
Reviewed in India on 9 March 2021
Bro this was great. I really likes the idea of the ever-growing slime. but witches dont really make potions. plus the witch is pretty sus. can you make a part where they go to the jungle temple and while solving the puzzle mom says "this is what the homework is for!" but they cant figure it out and jack just breaks the puzzle and finds the treasure. add me to the list of outsiders as superminecraft and pls add me to the codex of seeds as superminecraft who is a modder and mods the game so much that it turns in to a horror game sucks him up (ya i wannted a horror story. you cann elaborate.). bye
This is superminecraft
SIGNING OUT
Read more
Helpful
Report abuse

Manish K.
5.0 out of 5 stars What do I say?
Reviewed in India on 11 March 2021
I liked it very very very much. I recommend it to everyone . And, could you please add my character.His name is Axel.you can give him any role.Your books are very good and thaaaaasnnnkkks aaaaa lllloooooottttt for 2 books in 1 month!!!
Bye
Signing Off
Krishiv
Now stop reading this review!!!
Read more
Helpful
Report abuse

Kamlesh Bisht
5.0 out of 5 stars heyyyyyyy its me Aagman sorry for not writing riview for long tine
Reviewed in India on 16 March 2021
i just amna say that this book was the best :) and can u make a reviewers list,in case u make one pls also add me as AagmanTheGod so umm ye bye!
Read more
Helpful
Report abuse

swastik
5.0 out of 5 stars i think there was a plot hole
Reviewed in India on 29 March 2021
while the family was building a tree house Kate was building A place for dirtymud and while doing that it was said that she used grass blocks but u can't get them without silk touch enchantment.
Read more
Helpful
Report abuse
See all reviews

Miss Samreen Razaq
5.0 out of 5 stars Nice book
Reviewed in the United Kingdom on 11 March 2021
Verified Purchase
this book develops the storyline nicely
i'm glad they are trying to get out of the game
I thought fang and dirtymud were gonna die
>:(
codex of seeds story but shortened:

Amazon Customer
5.0 out of 5 stars this book is the best book in the world!!!!
Reviewed in the United Kingdom on 10 March 2021
Verified Purchase
This book is really good you should buy or get it. (if you have kindle unlimited like me then you can get it for free) and yeah I cant wait to see will they find the heart of the sea in the next book (I found out they will be finding the heart of the sea in the next book when I was pre ordering the 9th book)
I really liked the book I kind of like the witch and it was very funny oh and last thing can you add me to the codex of seeds as amestireisman
Read more
Report abuse

Amazon Customer
5.0 out of 5 stars Wow!
Reviewed in the United Kingdom on 11 May 2021
Verified Purchase
Best books ive ever read. Keep up the good work.
I love the codex of seeds, as it is an entertaining way of giving shoutouts. Please include me in the codex. My name Is Bluewhalergamer.
Peace.
Read more
Report abuse

Mike
5.0 out of 5 stars this the strangest character idea you have ever seen...
Reviewed in the United States on 8 March 2021
Verified Purchase
Hello, BeachTowel here, with a review. well duh

Character idea for the codex:
There once was a hero named BeachTowel who traveled the edge of the deserts, helping all in need. If a monster shows up, he whips out his trusty towel, and with a flick of his wrist, wraps up the enemy. He then will yank his towel back spinning the opponent in circles. They get so dizzy that their heads fall off and his cat Sandy eats them up. After he rescues people, he always says to "never underestimate the power of a beach towel..." The he drinks an invisibility potion and uses his magic beach towel to fly away.

good book!
plot hole:
didnt dirtymud have a buch of food on him? they could just eat his food in the pyramid.
plot hole:
witches only have one romm in their huts
plot hole:
occasionally there is a special type of badlands biome that has a bunch of trees in it

Kindle Customer
5.0 out of 5 stars Your books are just amazing
Reviewed in the United States on 10 May 2021
Verified Purchase
I love the parts where Bruce Lee farts all the time and they keep going on crazy adventures. One complaint I have is that I think you should have longer books. Otherwise your story is better than most things I've read. Keep it up!
Read more
Report abuse
See all reviews
click to open popover
Back to top
Get to Know Us
Connect with Us
Make Money with Us
Let Us Help You
EnglishChoose a language for shopping.
© 1996-2021, Amazon.com, Inc. or its affiliates