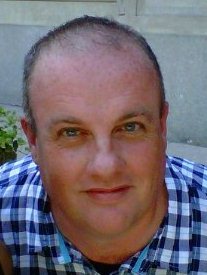 Alan Stewart writes on early modern literature, history, and culture. He is Professor of English and Comparative Literature at Columbia University in New York and International Director of the Centre for Editing Lives and Letters in London (www.livesandletters.ac.uk). His publications include Close Readers: Humanism and Sodomy in Early Modern England (1997); Hostage to Fortune: The Troubled Life of Francis Bacon 1561-1626 (with Lisa Jardine, 1998); Philip Sidney: A Double Life (2000); The Cradle King: A Life of James VI and I (2003); Letterwriting in Renaissance England (with Heather Wolfe, 2004) and Shakespeare's Letters (2008). With Garrett Sullivan, he is co-general editor of a new three volume Encyclopdia of English Renaissance Literature, published by Wiley-Blackwell in January 2012. Most recently, he has edited volume I, Early Writings 1584-1596, of the Oxford Francis Bacon for Oxford University Press (September 2012). He has won awards from the British Academy, the Arts and Humanities Research Board, and the Folger Shakespeare Library, and in 2011-2012 he was a John Simon Guggenheim Fellow. His forthcoming publications include Writing Lives in Early Modern England (Oxford University Press) and the Broadview Anthology of Tudor Drama. 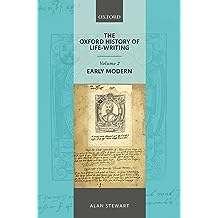 The challenges wrought by the upheavals and the sixteenth-century English Reformation and seventeenth-century Civil Wars moulded British and early American life-writing in unique and lasting ways. While classical and medieval models continued to exercise considerable influence, new forms began to challenge them. The English Reformation banished the saints' lives that dominated the writings of medieval Catholicism, only to replace them with new lives of Protestant martyrs. Novel forms of
self-accounting came into existence: from the daily moral self-accounting dictated by strands of Calvinism, to the daily financial self-accounting modelled on the new double-entry book-keeping. This volume shows how the most ostensibly private journals were circulated to build godly communities; how women
found new modes of recording and understanding their disrupted lives; how men started to compartmentalize their lives for public and private consumption. The volume doesn't intend to present a strict chronological progression from the medieval to the modern, nor to suggest the triumphant rise of the fact-based historical biography. Instead, it portrays early modern England as a site of multiple, sometimes conflicting possibilities for life-writing, all of which have something to teach us about
how the period understood both the concept of a 'life' and what it mean to 'write' a life.
Read more
Other Formats: Hardcover
inclusive of all taxes 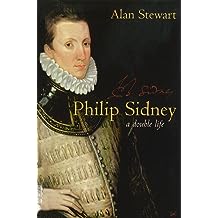 Philip Sidney: A Double Life 31 Oct, 2011
by Alan Stewart
( 4 )
₹ 534.45
Courtier, poet, soldier, diplomat - Philip Sidney was one of the most promising young men of his age. Son of Elizabeth I's deputy in Ireland, nephew and heir to her favourite, Leicester, he was tipped for high office - and even to inherit the throne. But Sidney soon found himself caught up in the intricate politics of Elizabeth's court and forced to become as Machiavellian as everyone around him if he was to achieve his ambitions. Against a backdrop of Elizabethan intrigue and the battle between Protestant and Catholic for predominance in Europe, Alan Stewart tells the riveting story of Philip Sidney's struggle to suceed. Seeing that his continental allies had a greater sense of his importance that his English contamporaries, Philip turned his attention to Europe. He was made a French baron at seventeen, corresponded with leading foreign scholars, considered marriage proposals from two princesses and, at the time of his tragically early death, was being openly spoken of as the next ruler of the Netherlands.
Read more
Other Formats: Hardcover , Paperback
inclusive of all taxes 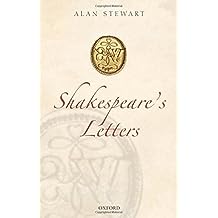 Shakespeare's Letters 15 Jan, 2009
by Alan Stewart
( 2 )
₹ 897.46
Shakespeare's plays are stuffed with letters - 111 appear on stage in all but five of his dramas. But for modern actors, directors, and critics they are frequently an awkward embarrassment. Alan Stewart shows how and why Shakespeare put letters on stage in virtually all of his plays. By reconstructing the very different uses to which letters were put in Shakespeare's time, and recapturing what it meant to write, send, receive, read, and archive a letter, it throws new light on some of his most familiar dramas. Early modern letters were not private missives sent through an anonymous postal system, but a vital - sometimes the only - means of maintaining contact and sending news between distant locations. Penning a letter was a serious business in a period when writers made their own pen and ink; letter-writing protocols were strict; letters were dispatched by personal messengers or carriers, often received and read in public - and Shakespeare exploited all these features to dramatic effect. Surveying the vast range of letters in Shakespeare's oeuvre, the book also features sustained new readings of Hamlet, King Lear, Antony and Cleopatra, The Merchant of Venice and Henry IV Part One.