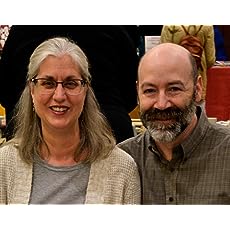 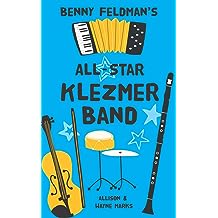 So when he signs up his klezmer band to play in the school talent show, his classmates are shocked. Teased by guitar superstar and former friend Jason Conroy, Benny vows to win the trophy and erase the embarrassing nickname that has haunted him since his disastrous debut performance in an first-grade Sabbath play.

But, there is a problem. Benny Feldman's All-Star Klezmer Band is only a figment of Benny's imagination. He loves the traditional klezmer music of Eastern Europe, but how is he going to find other players to join him?

With the show a few months away, Benny, an accomplished fiddler, embarks on a quest to assemble a band that will beat Jason's rock group at the talent show. His search takes him to an arcade convention, a potato chip factory, an oddities shop, and a storage room stacked with cans of creamed corn and succotash. Along the way he meets Jennifer, a jazz-loving drummer; Royce, a bow-tie-wearing clarinet prodigy; and Stuart, a braggart accordion player from Cajun Country. He also learns a great deal about the joys and sorrows that lie at the heart of klezmer and discovers that being different can be wonderful.

Eventually, the ragtag and renamed "Klez Misfits" mount the stage and the tension-filled climax will have young readers wondering until the end if Benny and his band can pull off a miracle.

This fun, feel-good story shows how friends, family, history and culture can all build confidence. Benny learns to believe in himself and has fun and finds love along the way.
Read more
Other Formats: Paperback
inclusive of all taxes 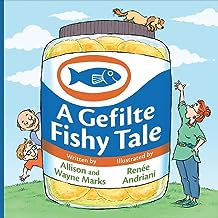 It’s Friday morning and, as usual, Bubbe Judy has brought home a giant jar of gefilte fish—her grandson Jack’s favorite dish—for the family’s Shabbos meal. But something is wrong: the lid is stuck. Oy! That’s when the excitement begins!

Bubbe, Zayde, and Jack—along with their dog, Butterscotch—schlep (drag) the jar all over town, seeking assistance from a dentist, a bodybuilder, an inventor, and other friends. But no one can unscrew that lid. Such tsuris (grief)! When aunts, uncles, and cousins arrive for dinner, they try to help, too. Giggles and groans fill the air as everyone takes a turn.

Will that lid ever pop off? Find out in this humorous gefilte fishy tale, lightly sprinkled with Yiddish. More fun is inside with a recipe for delicious gefilte fish mini muffins, a new song for Shabbos, and a Yiddish-English glossary for the whole mishpocha (family)! 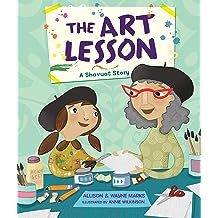 Shoshana loves spending time at Grandma Jacobs' art studio and for Shavuot, Grandma Jacobs has a very special art project in mind! Shoshana learns how to make papercuts by carefully folding squares of paper and cutting shapes out of them. But can she create works of art as beautiful as the ones Grandma makes? 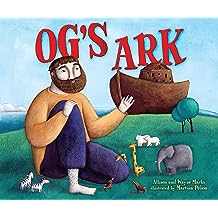 Og the giant is so big that no bed is large enough or strong enough to hold him. He never gets a good night's sleep—but all the animals know he has a gentle heart under his groggy grumpiness. Then a man named Noah asks for Og's help, and Og's life changes forever.