The Amateurs and over 2 million other books are available for Amazon Kindle . Learn more
Share <Embed>
Have one to sell?
Sell on Amazon 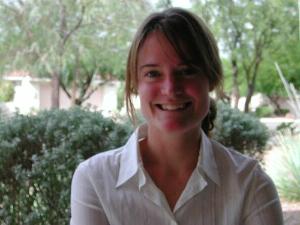 For as long as she can remember, Sara Shepard has been writing. However, when she was young she also wanted to be a soap opera star, a designer for LEGO, a filmmaker, a claymation artist, a geneticist and a fashion magazine editor when she grew up. She and her sister have been creating joint artistic and written projects for years, except they're pretty sure they're the only ones who find them funny. She got her MFA at Brooklyn College and now lives outside Philadelphia, PA with her husband and dogs. Sara's bestselling young adult series, Pretty Little Liars, is loosely based on her experiences growing up on Philadelphia's Main Line . . . although luckily she never had any serious stalkers.

Start reading The Amateurs on your Kindle in under a minute.

4.5 out of 5 stars
4.5 out of 5
80 global ratings
How are ratings calculated?
To calculate the overall star rating and percentage breakdown by star, we don’t use a simple average. Instead, our system considers things like how recent a review is and if the reviewer bought the item on Amazon. It also analyses reviews to verify trustworthiness.

Read and Reviewed
3.0 out of 5 stars Very mixed bag - short on mystery, big on romance with a spoilt cast of teenagers investigating.
Reviewed in the United Kingdom on 6 October 2017
Verified Purchase
The Amateurs offers a highly contemporary spin on a group of teens coming together in the name of crime fighting when the members of an internet crime-solving forum, Case Not Closed (CNC), dedicated to investigating unsolved crimes unite to tackle one of the most high-profile cases of recent years: the disappearance and murder of wealthy, white and privately educated Helena Kelly from Dexby, Connecticut. At the time of her sister’s disappearance, eleven-year-old Aerin Kelly struggled to come to terms with her loss and on the anniversary of Helena’s decomposed remains being located she feels that she is the only one for whom the ache of the loss has never eased. In an effort to overcome the cycle of numbness and associated baggage that has become her life, five years and four months on from that fateful day, Aerin posts a plea for help on the website of amateur sleuths who focus on cold-cases. There is little detail of the background surrounding the forum and it’s supposed past successes in tackling crime and this felt like a missed opportunity. However, two of the most dedicated contributors decide to come together over their academic spring break and reassess the evidence.

College freshman, Seneca Frazier, is failing just about every class at the University of Maryland and has her own private reasons for her addiction to the Case Not Solved forum, largely stemming from her mothers unsolved murder. Hooked on the mixture of smart input and practical knowledge that is the mainstay of the forum she has become close to high school senior Maddox “Maddy” Wright. With Seneca’s life falling apart at the seams trying to move on from the horror of her mother’s death she feels that resolving the Helena Kelly case might bring her some peace of mind. Rocking up to meet Maddy who resides in the neighbouring town to the Kelly family, the inaugural meeting doesn’t bode well when Seneca realises that she has been corresponding with a boy and that Maddy is short for Maddox, and turns out to be serious eye candy! Likewise, Maddox has been expecting a owlish and studious college student, nothing like the street-smart and confident biracial, Seneca. Both are somewhat disconcerted when an offer to assist feisty Aerin Kelly sees her ridiculing the idea of a college student and her ex-nanny’s formerly geeky son, Maddox, offering their combined help. But with no other offers on the table, she is persuaded to throw her lot in with the pair and another online friend, Brett Grady, grandson of a fashion heiress whose murder has left him similarly untethered. When Seneca’s first night at the (not so) Restful Inn sees her take up the offer of staying at Maddox’s place, the team gains another member in Madison, the sprightly Asian step-sister of Maddox.

The ensuing ups and downs in the relationships within the posse of four and well-explored, from the initial distrust and suspicion to overcoming the tensions of growing attractions. The brains of the bunch is undoubtedly Seneca, who prior to arrival already has ideas and angles to investigate, however, the disappointment comes when the initial revelations are pretty quick to surface and arise from the unlikely prospect that the police might not have bothered to check alibis. Encoded messages through the use of skip codes in yearbook dedications make for a quirky start, but soon this tails off into asking the former parties involved the same questions and the answers being given up all too easily. However, with plenty of suspects and a fair few red herrings to pursue I had to see the novel run its full course, despite not being hugely intrigued. Sadly the mystery aspect is a severe let down and relies on the police failing to do any due diligence and the team being pointed towards clues which do nothing to stimulate the reader. Given that the story frequently flies off at a romantic tangent the clues are also pitifully few and far between. However, The Amateurs is worth reading purely in order to see Sara Shepard well and truly blindside the gang and end this first encounter with an excellent hook for lure her audience into another instalment.

One aspect that I did appreciate was Shepard’s narration, which combined multiple perspectives and offered a clearer insight into the individual characters own reasons for getting involved. Although I think each of the characters could have been pinned down better and were rather bland, disinteresting and one-dimensional, the awkwardness between them is a great depiction of the unease and insecurities that typify a group of young people, all from very different backgrounds and all harbouring their own secrets. Sadly I cannot say that I warmed to any of the lead characters or felt particularly concerned for their fate and given that the crime is a brutal one, the trivial partying, and teenage romances are of piffling little interest. If there was something that I wasn’t expecting in The Amateurs it was the extent to which the story would concern itself with the burgeoning relationships meaning that at times the flirting threatened to overshadow the serious matter of a murder. This class, culture and opulence of all the group was also given an unnecessarily large focus in the story and added nothing to the storyline.

Despite the characters in this novel ranging from sixteen to nineteen-years-old and the storyline being filled with ‘making out’, drinking and occasional mentions of weed and pills, the writing seems aimed at a younger audience which as a parent would concern me. I suspect this is a series which will continue with a huge emphasis on character development and although I saw this mystery listed as targeting an audience of twelve through to eighteen-years-old, I would be sceptical it would appeal to a post 16 readership. Given the huge amount of backstory which Sara Shepard managed to include it is often difficult to distinguish the more relevant details from the excess padding, and with the bunch easily distracted - parties, flirting, hormonal piques, it does feel like a somewhat haphazard journey which could have been easily one hundred pages shorter. All in all, The Amateurs is a so-so introduction to a group of amateur sleuths and I would find it difficult to recommend this to anyone over the age of 14.

Daisy
5.0 out of 5 stars Amazing
Reviewed in the United Kingdom on 18 August 2017
Verified Purchase
Love this book, can't wait for the second one!
Read more
Report abuse

kirsty3
3.0 out of 5 stars It was alright
Reviewed in the United Kingdom on 23 July 2017
Verified Purchase
I couldn't get attached to the characters, as if there were too many. It was an ok story but didn't excite me really until the last few chapters
Read more
Report abuse

Erin Farrell
5.0 out of 5 stars Fab!!!
Reviewed in the United Kingdom on 7 January 2018
Verified Purchase
Perfect condition & quick delivery. Present for my brother he loves it
Read more
Report abuse
See all reviews
Unlimited FREE fast delivery, video streaming & more
Prime members enjoy unlimited free, fast delivery on eligible items, video streaming, ad-free music, exclusive access to deals & more.
> Get started
Back to top
Get to Know Us
Connect with Us
Make Money with Us
Let Us Help You
EnglishChoose a language for shopping.
© 1996-2020, Amazon.com, Inc. or its affiliates