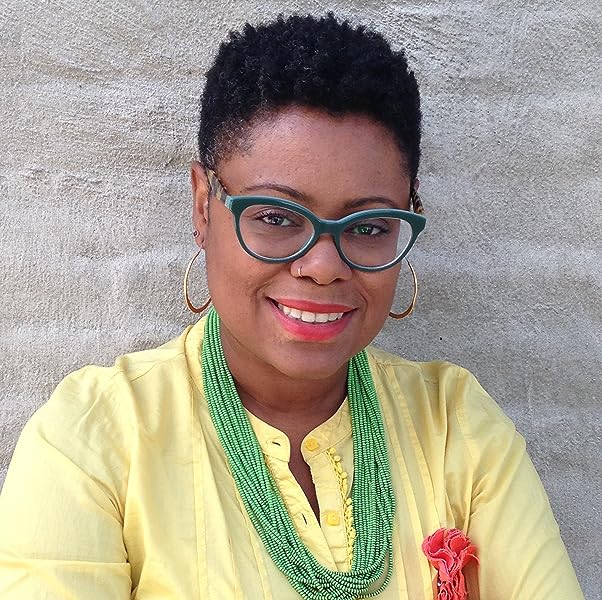 ''Mixing gritty street life with the tenderness of first love, Haitian Vodou, and family bonds, the book is at once chilling, evocative, and reaffirming.'' --Publishers Weekly (starred review)

''Filling her pages with magic, humanity, tragedy, and hope, Zoboi builds up, takes apart, and then rebuilds an unforgettable story. This book will take root in readers' hearts.'' --Kirkus Reviews (starred review)

''A poignant meditation on one girl's struggle to find her way in a new world.'' --Nicola Yoon, bestselling author of EVERYTHING, EVERYTHING

''Brimming with culture, magic, warmth, and unabashed rawness, American Street is ultimately a blistering tale of humanity. This is Manchild in the Promised Land, for a new generation, and a remarkable debut from Zoboi, who without question is an inevitable force in storytelling.'' --Jason Reynolds, award-winning co-author of ALL AMERICAN BOYS

''Zoboi's nascent storytelling gifts ensnare from page one. To this spellbinding voice of the next generation, I bow.'' --Rita Williams-Garcia, New York Times bestselling author and three-time winner of the Coretta Scott King Award

Ibi Zoboi was born in Port-au-Prince, Haiti, and immigrated to the United States when she was four years old. She holds an MFA in writing for children and young adults from Vermont College of Fine Arts, where she was a recipient of the Norma Fox Mazer Award. Her award-winning and Pushcart-nominated writing has been published in the Caribbean Writer, New York Times Book Review, Horn Book Magazine, Rumpus, and Haiti Noir, among other publications. She lives in Brooklyn with her husband and their three children. American Street is her first novel.

Robin Miles, named a Golden Voice by AudioFile magazine, has twice won the prestigious Audie Award for Best Narration, an Audie Award for directing, and many Earphones Awards. Her film and television acting credits include The Last Days of Disco, Primary Colors, Law & Order: Criminal Intent, Law & Order, New York Undercover, National Geographic's Tales from the Wild, All My Children, and One Life to Live. She regularly gives seminars to members of SAG and AFTRA actors' unions, and in 2005 she started Narration Arts Workshop in New York City, offering audiobook recording classes and coaching. She holds a BA degree in theater studies from Yale University, an MFA in acting from the Yale School of Drama, and a certificate from the British American Drama Academy in England.

Start reading American Street on your Kindle in under a minute.

4.7 out of 5 stars
4.7 out of 5
532 global ratings
How are ratings calculated?
To calculate the overall star rating and percentage breakdown by star, we don’t use a simple average. Instead, our system considers things like how recent a review is and if the reviewer bought the item on Amazon. It also analyses reviews to verify trustworthiness.
Top reviews

Leelee
5.0 out of 5 stars Amazing story
Reviewed in the United Kingdom on 20 June 2020
Verified Purchase
I loved reading this story. This was my first time reading Ibi Zoboi's work and I am now a fan for life. Loved this! Very heart-warming, funny and eye opening. A story that needed to be told.
Read more
Report abuse

msiee
4.0 out of 5 stars What a great reading experience!
Reviewed in the United States on 7 April 2017
Verified Purchase
Whoa....I resumed this book today and literally finished it today. So fast paced, so much action!
I truly enjoyed this novel considering I did not expect this book to do well.
American Street is about Fabiola Toussaint who immigrates to America with her mother from Haiti, but upon arrival, her mother is detained at customs, leaving Fabiola to navigate a new country and culture on her own with some help from her cousins and aunt.

The theme of this story is based on Fabiola trying to make sense of what happened to her mom and then trying to find a way for her mother to join her. As she begins to settle into her new environment, she meets and falls in love with a young guy named Kasim Anderson. Anderson will teach her about her new world and also serve to temporarily fill the void that Fabiola only desires for her mother.
So many events occur that keep the storyline interesting and moving, but I must say, it is also sad. Honestly, I experienced many emotions while reading this book, and when I finished it, I still had all the characters I met in my mind. I finished this book in two sittings, though I did take a break because of work.

I gave this book 4 stars on GoodReads, but it is technically 4.5 out of 5.0. Zoboi did a great job writing this book. Our main character, Fabiola Toussaint, is well developed and the theme is real and will resonate with many readers who have foreign blood in them. I enjoyed this book and definitely recommend it.

Tamlane
5.0 out of 5 stars Page turner with exceptional moments of lyricism, social commentary, and a beautiful amagamation of vodou and Detroit city life.
Reviewed in the United States on 8 January 2018
Verified Purchase
I teach high school- both I and the many students I have lent this book to have loved it. The story is piercing, exciting and page turning. More than other young adult novels I have read recently this book had a strong literary lyricism driven by a magical realism that blended Haitian voodoo mythology with the characters and action of the story. It was refreshing to read a YA book that had artistic depth. I'm back to order a third copy so I can keep loaning it out more widely.
Read more
19 people found this helpful
Report abuse

Taft Reads
5.0 out of 5 stars Wow
Reviewed in the United States on 1 March 2017
Verified Purchase
Wow. Based on everything I'd heard (and essays I've read by this author), I knew I was going to love this book but was not fully prepared for its intensity and richness. As a faith a folklore nerd, I was hooked right away by Fabiola's fascination with the lwas of Haitian Vodou--that layer was gorgeous, deep, poetic, and masterfully handled. And then there are the rich and vibrant characters, the sweetness of first love, the heart-racing intensity of plot twists I will not reveal (and that you will not see coming!). It's a story of a girl, a city, immigrant joy and immigrant woes, heartbreak, love, and the dance among cultures in America's streets.
Read more
18 people found this helpful
Report abuse
See all reviews
Back to top
Get to Know Us
Connect with Us
Make Money with Us
Let Us Help You
EnglishChoose a language for shopping.
© 1996-2021, Amazon.com, Inc. or its affiliates