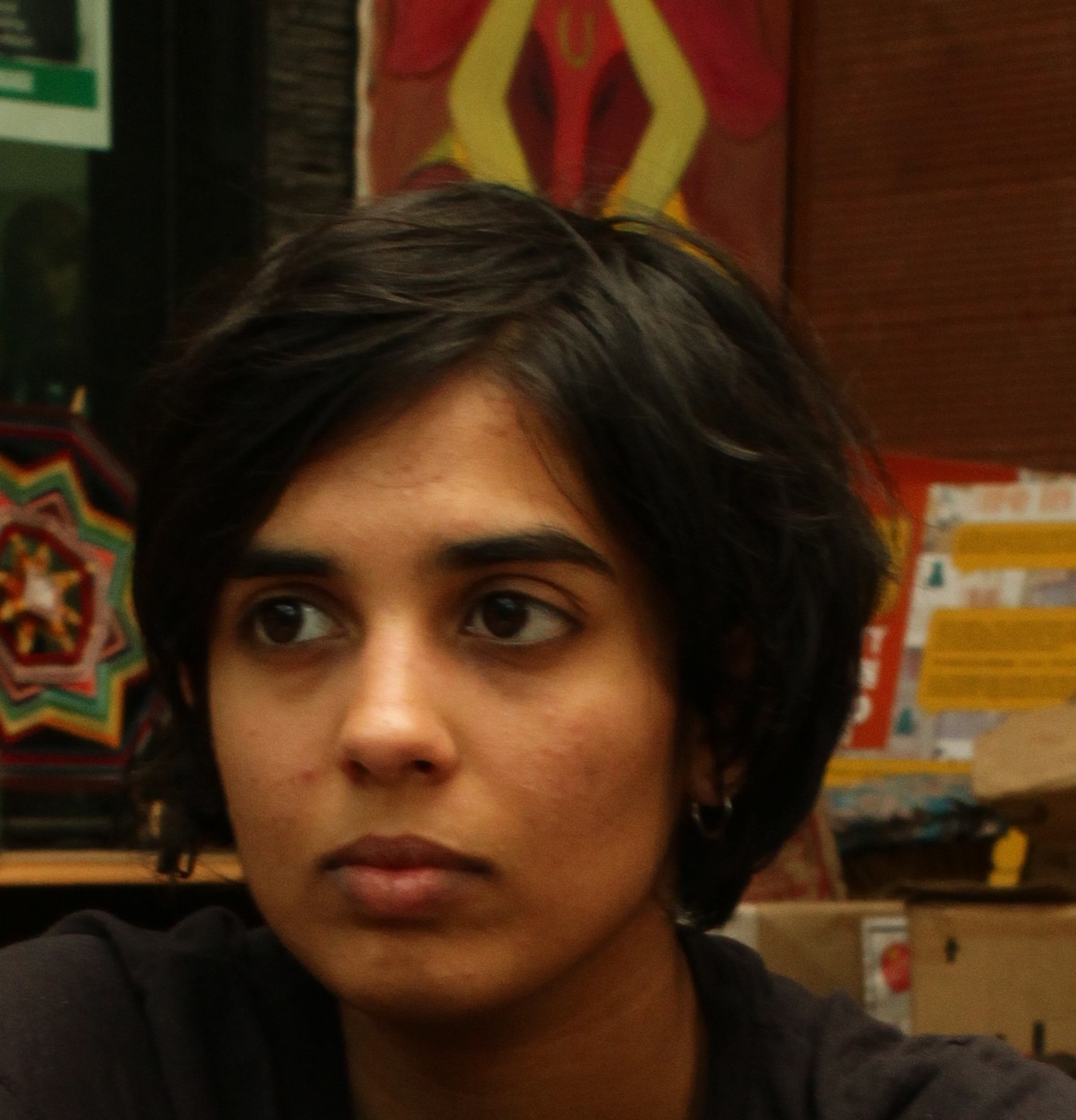 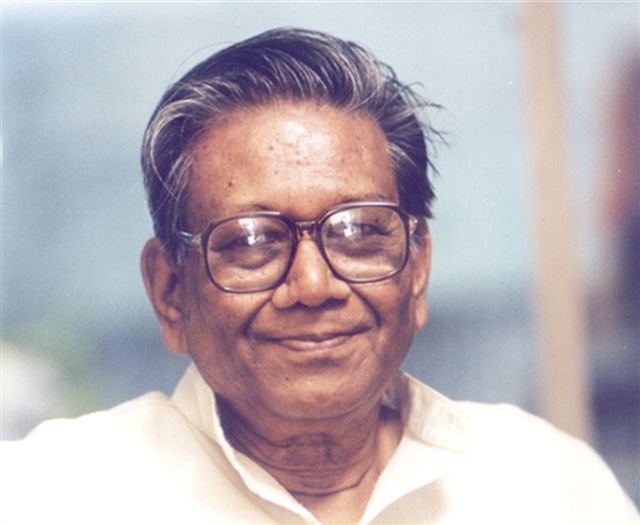 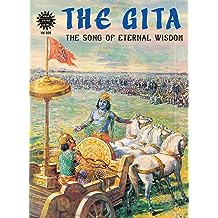 The Gita 1 Jan, 1997
by Anant Pai
( 1,501 )
₹ 32.76 ₹ 84.00
You Save: ₹ 51.24(61%)
The Gita or The Bhagavad Gita is a philosophical exposition that was presented by Lord Krishna. It is in the form of a dialogue between Krishna and his close friend Arjuna. This conversation took place in the middle of a battlefield with the two sides arrayed for war.

Attractive comic book format makes it easy for young readers to read and understand.
A nine page introductory coverage explains the backstory and the situation to young readers to help them understand the context.
Read more
Other Formats: Paperback
inclusive of all taxes
#1 Best Seller 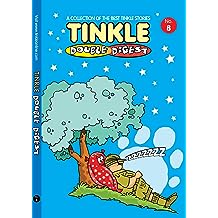 TINKLE DOUBLE DIGEST 8 1 Dec, 2003
by ANANT PAI
( 185 )
₹ 94.50
Eeek! Somebody’s put a repulsive bitter gourd in Mamaji’s coat pocket! Now this is going to be one hilarious day of misadventures. Read all about it in Karela Has His Day.Tantri has obtained a poisonous scorpion whose one bite can put anyone to sleep. Are Raja Hooja’s days finally numbered? Find out in Tantri the Mantri.What does one do with a greedy merchant who cheats everyone? The villagers decide to give him a taste of his medicine in The Lesson.Chamataka has changed targets and decided to raid some innocent campers’ food stock. What will Kalia the Crow do now?
Read more
Other Formats: Paperback
inclusive of all taxes 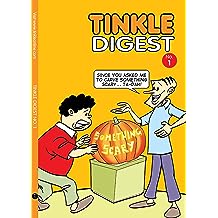 TINKLE DIGEST 1 1 Jan, 1992
by ANANT PAI
( 312 )
₹ 55.65
This Diwali, Tantri gets into the festive mood and sets his evil and explosive plan to dethrone Raja Hooja in motion. Will he ever succeed? Find out in Tantri the Mantri. In a South Indian folk tale, a foolish king is determined to stop the flow of a river in The King who Stopped the River. Chamataka is again upto no good, this time at a farm! But Kalia the Crow has his sharp eyes on him and a clever trick up his sleeve.Suppandi receives a postcard with a super secret message in Family Matters.
Read more
Other Formats: Paperback
inclusive of all taxes 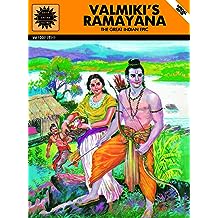 Valmiki's Ramayana (10001) 1 Jan, 2009
by Subba Rao
( 800 )
₹ 70.00 ₹ 261.45
You Save: ₹ 191.45(73%)
Valmiki's Ramayana is believed to be the first poetic work written in Sanskrit; it is, therefore, referred to as the Adikavya. It is said that Brahma assured Valmiki that "as long as the mountains stand and the rivers flow, so long shall the Ramayana be read by men". In the Puranas, Rama is described as an avatar of Vishnu, but Valmiki does not refer to him as God. The few verses which do so are considered interpolations. The Ramayana consists of 24,000 verses. There are six sections - The Bala Kanda, the Ayodhya Kanda, the Aranya Kanda, the Kishkindha Kanda, the Sundara Kanda and the Yuddha Kanda. The seventh section, the Uttara Kanda, is probably an interpolation. Valmiki's monumental work influenced other great poems on the same theme. Among these are the Hindi, Tamil and Bengali versions of the Ramayana written by Tulsidas in the North; Kamban in the South; and Krittivasa in the East. The Ramayana has made a deep and abiding impact. Bas reliefs and paintings depicting scenes from the Ramayana are to be found not only in temples all over India, but also in Indonesia and Angkor Vat, Kampuchea.
Read more
Other Formats: Paperback
inclusive of all taxes 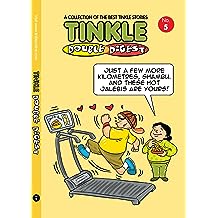 TINKLE DOUBLE DIGEST 5 1 Oct, 2003
by ANANT PAI
( 148 )
₹ 94.50
Chamataka and his partner in crime, Doob Doob, are out to get their new prey, the hornbill. Will Kalia manage to save the day with his new partner? Find out in Kalia the Crow.Read how a clever headmaster forces the mighty wrestler, Malludada to bend the knee in The Man Who Sold His Moustache.Tantri’s new plan is turning the peasants against Hooja. Looks like Tantri’s dream of becoming king might finally come true in Tantri the Mantri. Shamu is a simpleton and people never stop laughing at him. Will the king be able to find him a solution? Find out in Shamu Saves His Head .
Read more
Other Formats: Paperback
inclusive of all taxes 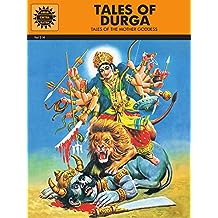 Tales of Durga 1 Apr, 1971
by SUBBA RAO
( 263 )
₹ 32.76 ₹ 71.40
You Save: ₹ 38.64(54%)
Goddess Durga is the fierce form of Devi who, as shakti, is considered the personification of Universal energy. According to the Devi Bhagavata, the universe is but her manifestation. The worship of Durga is believed to be more than 4,000 years old in India.
Read more
Other Formats: Paperback
inclusive of all taxes 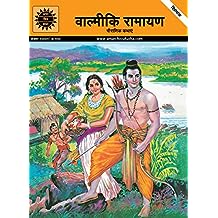 Valmiki Ramayan (Amar Chitra Katha) (Hindi Edition) 1 Jan, 2012
by Anant Pai
( 88 )
₹ 157.50
Sage Valmiki was overcome with grief and anger when he saw the cruel killing of one of a pair of Krauncha birds. In his anguish he cursed the hunter. To his own surprise the curse came out in the form of a beautiful verse. Thus was born the sloka with which India's greatest epics were written. Valmiki himself wrote the Ramayana in 24000 verses. The Hindi translation of the Amar Chitra Katha based on Valmiki's Ramayana brings to life the much loved story of Rama and his search for truth and righteousness.
Read more
Other Formats: Paperback
inclusive of all taxes 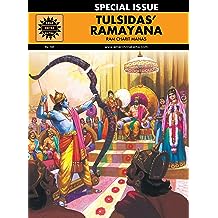 Tulsidas Ramayana: Ram Charit Manas (Amar Chitra Katha) 1 Feb, 2011
by Anant Pai, Dilip Kadam
( 360 )
₹ 233.10
Tulsidas (1574) tells the story of Ram, the prince of Ayodhya, in Awadhi, a dialect of Hindi spoken in Awadh in Uttar Pradesh. The work consists of about a thousand stanzas, each about 12 to 18 lines, set in elegant rhyme. Every village and town in the Hindi heartland has a troupe that gives a theatrical performance, called Ramlila, based on Tulsidas' work. Ramlila is enacted as part of the Vijaya Dashami celebrations.
Read more
Other Formats: Hardcover
inclusive of all taxes 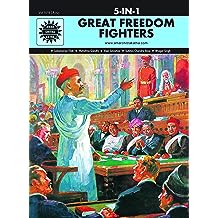 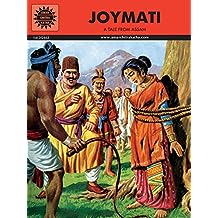 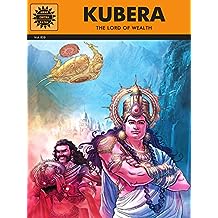 Kubera 1 Apr, 1971
by NIMMY CHACKO
( 103 )
₹ 55.65
The city of Lanka was once ruled by the wise and benevolent Kubera, the king of the yakshas and the son of Sage Vishrava. He would travel the world in his magnificent flying chariot, the Pushpaka Vimana, which had been gifted to him by his great-grandfather, Brahma. Lanka enjoyed an age of peace and prosperity under Kubera's reign. But all that changed when his fearsome half-brother Dasagriva, the leader of the rakshasas, decided to claim the city as his own.
Amar Chitra Katha pieces together from various sources in Indian mythology, the story of the Lord of Wealth.
Read more
Other Formats: Paperback
inclusive of all taxes 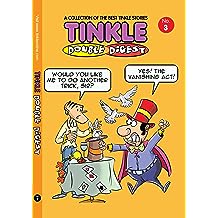 TINKLE DOUBLE DIGEST 3 1 Aug, 2003
by ANANT PAI
( 154 )
₹ 94.50
Tired of Kalia always spoiling his plans, Chamataka decides to get him out of his way in Kalia the Crow.Beware the Defective Detectives! They are on the prowl one fine night, sniffing out criminals! Catch them in action in Defective Detectives: Night Prowlers.When a man’s money vanishes, he seeks the help of not the police, but the king! The Detective King is sure to astound you with his snooping skills.A fox falls into a pit and can’t get out! But he isn’t one to give up so easily. Find out what he does next in The Fox in the Pit.
Read more
inclusive of all taxes
Back to top
Get to Know Us
Connect with Us
Make Money with Us
Let Us Help You
English
© 1996-2023, Amazon.com, Inc. or its affiliates