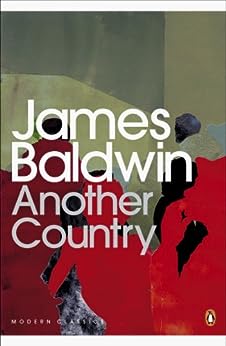 A delicate and fine-tuned talent... The book reveals Baldwin's immense will and professionalism ― The New Yorker

Let our novelists read Mr Baldwin and tremble. There is a whirlwind loose in the land ― Sunday Times

In Another Country, Baldwin created the essential American drama of the century -- Colm Tóibín --This text refers to the paperback edition.

Born in Harlem in 1924, James Baldwin was a novelist, essayist, play­wright, poet, social critic, and the author of more than twenty books. His first novel, Go Tell It on the Mountain, appeared in 1953 to excellent reviews, and his essay col­lection The Fire Next Time was a bestseller that made him an influential figure in the civil rights movement. Baldwin spent many years in France, where he moved to escape the racism and homophobia of the United States. He died in 1987.

Colm Tóibín was born in Enniscorthy in 1955. He is the author of nine novels including The Master, Brooklyn, The Testament of Mary and Nora Webster. His work has been shortlisted for the Booker three times, has won the Costa Novel Award and the Impac Award. His most recent novel is House of Names. He has also published two collections of stories and many works of non-fiction. He lives in Dublin. --This text refers to the paperback edition.

"Brilliantly and fiercely told." --The New York Times --This text refers to an alternate kindle_edition edition.

Set in Greenwich Village, Harlem, and France, among other locales, Another Country is a novel of passions--sexual, racial, political, artistic--that is stunning for its emotional intensity and haunting sensuality, depicting men and women, blacks and whites, stripped of their masks of gender and race by love and hatred at the most elemental and sublime. In a small set of friends, Baldwin imbues the best and worst intentions of liberal America in the early 1970s. --This text refers to an alternate kindle_edition edition.

'Let our novelists read Mr Baldwin and tremble. There is a whirlwind loose in the land' Sunday Times

When Another Country appeared in 1962, it caused a literary sensation. James Baldwin's masterly story of desire, hatred and violence opens with the unforgettable character of Rufus Scott, a scavenging Harlem jazz musician adrift in New York. Self-destructive, bad and brilliant, he draws us into a Bohemian underworld pulsing with heat, music and sex, where desperate and dangerous characters betray, love and test each other to the limit.

'In Another Country, Baldwin created the essential American drama of the century' Colm Tóibín

4.7 out of 5 stars
4.7 out of 5
650 global ratings
How are ratings calculated?
To calculate the overall star rating and percentage breakdown by star, we don’t use a simple average. Instead, our system considers things like how recent a review is and if the reviewer bought the item on Amazon. It also analyses reviews to verify trustworthiness.
Top reviews

Shasg
4.0 out of 5 stars Masterful writing
Reviewed in India on 8 April 2019
Verified Purchase
I don’t know why I hadn’t read this book earlier. It is a literary marvel, a true classic that has stood the test of time.
Read more
Helpful
Report abuse
See all reviews

Forlornehope
5.0 out of 5 stars How not to live your life
Reviewed in the United Kingdom on 1 November 2017
Verified Purchase
Beautifully written account of self-obsessed people smoking, drinking and screwing their way to early graves and being utterly miserable in the process - very Scott Fitzgerald. It makes bourgeois suburbia: live sober, get married, have children, stay together, have grand-children, seem positively idyllic.
Read more
9 people found this helpful
Report abuse

m
1.0 out of 5 stars Couldn't get into it
Reviewed in the United Kingdom on 7 April 2021
Verified Purchase
I read this book because I came across James Baldwin online and he sounded like he lived an interesting life.
However, after about 40 pages I really found myself struggling with it and gave up before I was even halfway.
There's too much senseless dialogue and when it does go into the inner workings of the characters minds, I found it either predictable and hollow or abstract and hard to follow.
Maybe it's because I'm a white, straight man but I couldn't identify with any of the characters.
I didn't like or even sympathize with any of them.
Read more
Report abuse

JL Levin
5.0 out of 5 stars Fascinating nostalgia
Reviewed in the United Kingdom on 6 January 2018
Verified Purchase
Fascinating. Not sure how I missed it first time round. Not enough has changed!
Read more
One person found this helpful
Report abuse

Solan Knight
5.0 out of 5 stars Another Country
Reviewed in the United Kingdom on 21 October 2020
Verified Purchase
I have bought this book over and over again as each time friends borrow but never returns. This is a classic which I've read many times. Wonderfully written which makes a great read.
Read more
Report abuse
See all reviews
Back to top
Get to Know Us
Connect with Us
Make Money with Us
Let Us Help You
EnglishChoose a language for shopping.
© 1996-2021, Amazon.com, Inc. or its affiliates