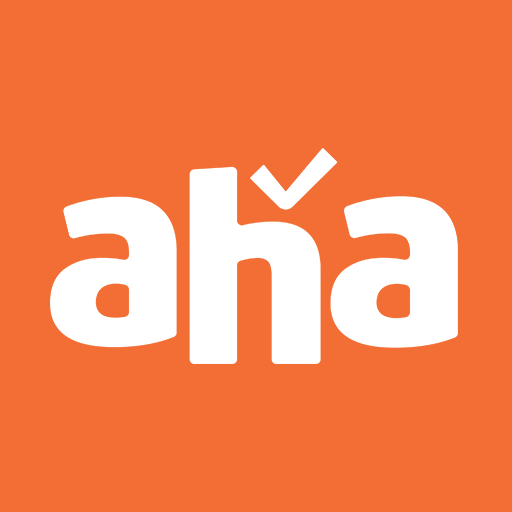 By placing your order, you agree to our Terms of Use

Taking away your trouble of looking for Telugu content in a sea of films and shows of several languages, aha brings to you perfectly curated and choicest of Telugu content under one umbrella that facilitates seamless streaming! aha lets you experience on-the-go entertainment and fulfills your craving for new and exciting content in Telugu entertainment.

Browse our list for your favorite films and get surprised by the massive number of Telugu original shows across several genres (thriller, comedy, love, romance, action, drama and more) and watch out for new shows on a regular basis. Engaging web series like Navdeep-starrer Mastis directed by Krish Jagarlamudi, YouTube’s viral sensation Viva Harsha’s Shit Happens, Geetha Subramanyam 2020 which is the sequel to the popular Telugu web series of the same name, Telangana-flavoured Kotha Poradu with a mass appeal, Kudi Yadamaite and many more that bring to life some real-life stories to keep you all entertained alongside several blockbuster movies that will give you the complete aha experience.

3.4 out of 5 stars
3.4 out of 5
557 customer ratings
How does Amazon calculate star ratings?
Amazon calculates a product's star ratings based on a machine learned model instead of a raw data average. The model takes into account factors including the age of a rating, whether the ratings are from verified purchasers and factors that establish reviewer trustworthiness.

CHAKRAPANI REDDY
1.0 out of 5 stars Worst app. Don't buy
Reviewed in India on 17 February 2020
Verified Purchase
Worst sound and clarity , waste app, I advice to Amazon why you are introduced this type of app, this app given very bad experiences for prime members. Do not encourage this app for prime members , money waste app
Read more
4 people found this helpful
Helpful
Comment Report abuse

Amazon Customer
2.0 out of 5 stars Expencive and No conetent
Reviewed in India on 8 March 2020
Verified Purchase
They don't have content (except 2 to 3 web services and couple of new movies). and they have very old movies which are added in premium category same movies are under free category in other OTT applications.

Ideally as a startup they suppose to give free access for a fixes time, Once they have customer based they can start premium accounts. Thy have started premium accounts with self distinctive prices.
Read more
2 people found this helpful
Helpful
Comment Report abuse

LeelaKrishna M
1.0 out of 5 stars Nothing new or interesting
Reviewed in India on 6 March 2020
Verified Purchase
there is nothing new about the app and the content is not interesting... everything is premium here and all the content available there is already freely available on other platforms... it's waste of money to subscrobe this...
Read more
One person found this helpful
Helpful
Comment Report abuse

Ravi kanth
3.0 out of 5 stars Please Remaster Old Films and provide Dolby digital Plus 5.1 Surround atlest for new films.
Reviewed in India on 19 February 2020
Verified Purchase
Audio quality is not upto the mark and its not 5.1 surround even for latest movies, Most of the bit older films are not RE MASTERED
and the quality is not as expected. Sometimes buffering a lot, While we choose buttons, FF or Rewind, need to be higlighted. Dark theme of aha interface is very impressive towards Firestick n Mobile app. Hope it wil resolve in the next upgrade and provide best quality Videos.
Read more
Helpful
Comment Report abuse

NareshBabu
2.0 out of 5 stars Improvise your app designing
Reviewed in India on 7 March 2020
Verified Purchase
Being a new OTT app, at least one new movie per week/a week should be uploaded. App features should be improvised for forward or backward options, sound, etc.
Read more
Helpful
Comment Report abuse

Sandeep
3.0 out of 5 stars Good but everything is on trust. Like releasing Khandi on 15th saying 2nd
Reviewed in India on 3 March 2020
Verified Purchase
Good but everything is on trust. Publicity on releasing Khaidhi on 2nd and moving to 15th is kind of loosing trust from people looks like cheap trick otherwise good
Read more
Helpful
Comment Report abuse

SRIKANTHREDDY KOVVURI
5.0 out of 5 stars Simply OSM
Reviewed in India on 1 March 2020
Verified Purchase
Fantabulous..OTT I just love it over all content.. seems to be come with promising content for future
Read more
Helpful
Comment Report abuse
See all reviews from India

Krishna Kanth Reddy
1.0 out of 5 stars Useless, Buggy, Crappy, Good for nothing app
Reviewed in the United States on 31 March 2020
Verified Purchase
Useless, good for nothing app.
Purchased an annual subscription and the next minute onwards it stopped working.

This app seems to be a joke.

Don't purchase it, else you might become a fool.
Read more
Helpful
Sending feedback...
Thank you for your feedback.
Sorry, we failed to record your vote. Please try again
Report abuse

Vik
5.0 out of 5 stars Love the collection
Reviewed in the United States on 2 April 2020
Verified Purchase
It has all my favorite movies!
Read more
Helpful
Sending feedback...
Thank you for your feedback.
Sorry, we failed to record your vote. Please try again
Report abuse

RP
4.0 out of 5 stars One stop for Telugu Movies.
Reviewed in the United States on 23 February 2020
Verified Purchase
Liked Movies content.

ashok guntupalli
1.0 out of 5 stars Worst App
Reviewed in the United States on 1 March 2020
Verified Purchase
Same old content movies where you get most of them on youtube
Read more
Helpful
Sending feedback...
Thank you for your feedback.
Sorry, we failed to record your vote. Please try again
Report abuse

See all reviews from India
Amazon Appstore Return Policy
Unlimited FREE fast delivery, video streaming & more
Prime members enjoy unlimited free, fast delivery on eligible items, video streaming, ad-free music, exclusive access to deals & more.
> Get started
Back to top
Get to Know Us
Connect with Us
Make Money with Us
Let Us Help You
EnglishChoose a language for shopping.
© 1996-2020, Amazon.com, Inc. or its affiliates