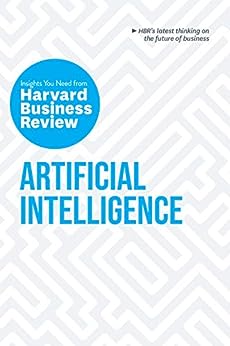 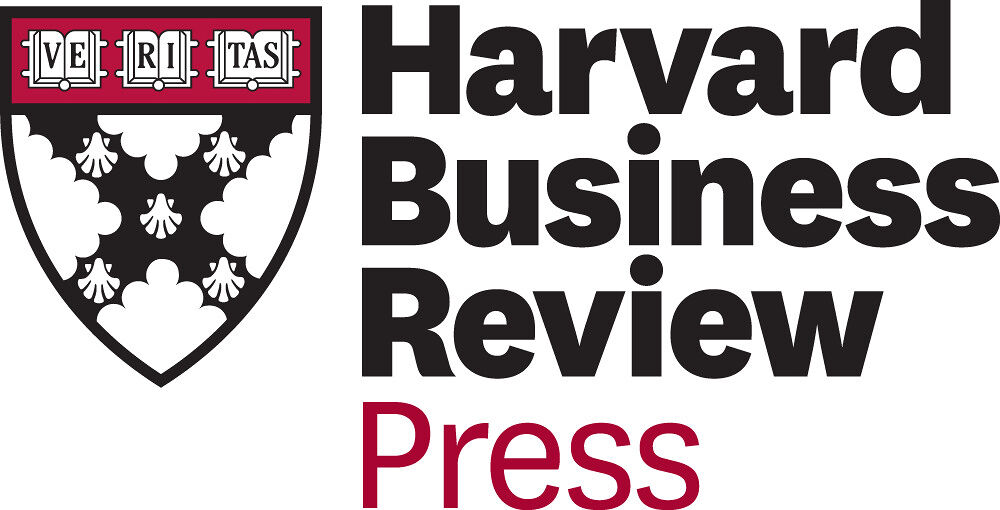 Harvard Business Review is the leading destination for smart management thinking. Through its flagship magazine, 12 international licensed editions, books from Harvard Business Review Press, and digital content and tools published on HBR.org, Harvard Business Review provides professionals around the world with rigorous insights and best practices to lead themselves and their organizations more effectively and to make a positive impact. Visit hbr.org. Follow @HarvardBiz on Twitter; find us on Facebook and LinkedIn.

4.4 out of 5 stars
4.4 out of 5
77 global ratings
How are ratings calculated?
To calculate the overall star rating and percentage breakdown by star, we don’t use a simple average. Instead, our system considers things like how recent a review is and if the reviewer bought the item on Amazon. It also analyses reviews to verify trustworthiness.
Top reviews

Arvind
5.0 out of 5 stars Wonderful, not to be missed book
Reviewed in India on 18 October 2020
Verified Purchase
Wonderful book.
You start it and don't get to know that it finishes. Perfect sequence, industry relevant and interesting examples. Has set a very high bar.
A must read and must for collection on the topic.
Read more
Helpful
Report abuse

Amazonのお客様
5.0 out of 5 stars GREAT ! So Attractive!
Reviewed in Japan on 26 October 2020
Verified Purchase
This book reminds me the uncertainty and the curiosity for the future technology.
So. Great!Thank You!
Read more
Report abuse

Loyd Eskildson
5.0 out of 5 stars Invaluable Background and Getting Started Materials
Reviewed in the United States on 26 February 2020
Verified Purchase
The most important general-purpose technology of our era is AI, especially machine learning. AI is poised to transform every industry, just as electricity did a century ago. It is improving rapidly - vision systems such as used in self-driving cars formerly erred when identifying a pedestrian as often as 1/30 frames, now less than 1/30 million, while error rates for recognizing images from a large ImageNet database with several million photographs fell from > 30% in 2010 to about 4% in 2016. The speed of improvement has accelerated rapidly in recent years, given the adoption of 'deep' neural nets. A second type of major improvement has been in cognition and problem-solving - having now beaten the finest human poker, chess, Jeopardy, and Go players. Google's DeepMind team used ML to improve cooling efficiency by over 15%, even after optimized by human experts. Voice recognition is now nearly equal human performance, even in noisy environments. Security guards will soon nearly disappear.

Prior to deep learning and neural networks, machine learning improved as training data grew, but only up to a point. Deep learning has been used with 36 million examples and more.

It's comparatively straightforward to label a body of data and use it to train a supervised learning. - thus supervised ML systems are more common, for now.

Reinforcement learning is embedded in systems that master Atari video games and board games like Go; also to develop stock-market trading systems and select MSN headlines.

Udacity, Coursera and fast.ai can get smart, motivated students to be able to create industrial-grade ML deployments. The required talent and hardware can also be bought or rented. If 'success' is defined as 'significantly improving performance, sufficient data to do so is often surprisingly easy to obtain. WorkFusion works with companies to bring higher levels of automation to complicated back-office processes. Once it is confident enough in its classifications, it takes over the process.

An example of task-and-occupation redesign is the use of machine vision systems to identify potential cancer cells. Process redesign involves the reinvention of the workflow and layout of Amazon fulfillment centers after the introduction of robots and optimization algorithms based on machine learning. Similarly, business models need to be rethought to take advantage of ML systems that can intelligently recommend music or movies in a personalized way.

Machine learning systems hardly ever replace the entire job process/business model. Most often they complement human activities that can make their work more valuable. Eg. the chat room sales support system at Udacity didn't try to build a bot that could take over all conversations - it simply advised humans how to improve performance. (Other systems, however, have taken most of these tasks over.)

Polanyi's Paradox: Both ML systems and humans know more than they can explain. Problems can occur if the data fed ML is biased or lacks certain combinations. Regardless, the appropriate benchmark is not perfection but the best available alternative. The advantage of machine-based systems is that they can be improved over time and are consistent.

ML systems like those at Affectiva are already at or beyond human-level performance in discerning a person's emotional state on the basis of tone of voice or facial expression. Other systems can infer when even the best poker players are bluffing - even in the very complex Heads-Up No-Limit Texas Hold'em.

ML is the most important general-purpose technology of our era. The time of tectonic change in the business world has begun. However, it's not access to the new technologies themselves or the best technologists that separates winners from losers. It's innovators open-minded enough to see past the status quo and envision very different approaches. Over the next decade, AI won't replace managers, but managers who use AI will replace those who don't.

Facebook a few years ago had just a few individuals in its ML group and needed days to run an experiment. The focus was on better targeting users with ads. Now several hundred employees run thousands of experiments/day. It's focus, however, hasn't been to simply get the best talent and write the best algorithms - instead, its been creating an AI workshop in which anyone can use AI to achieve a goal. Both deeply knowledgeable programmers and complete newbies can take advantage of Facebook's AI workshop wares. Many companies err by focusing efforts around building the best algorithms, or hiring developers who claim to have the best algorithms. Real algorithmic breakthroughs, however, are only about 2 - 3/year, at best. Thus, focusing there takes lots of effort to make marginal gains. Instead, you should focus on finding people most obsessed with getting any algorithm to do a job. Focus on giving your existing algorithm more and better data, experimenting faster. Only after about three years did Candela think about upgrading some of his algorithms. (Joaquin Candela, Facebook's Applied Machine
Learning group)

Rather than try to provide all AI needs for Facebook staff, Candela's group provided them with simple tools with which they could do it themselves. (Saving communication time/effort, clear accountability.) Lumos, for example, is computer vision AI and capable of combing through photos to learn what they contain. And sometimes old-fashioned rules-based searching can achieve 80% of a solution.

Many companies are waiting for AI to mature and AI expertise to become more available - then become 'fast followers.' However, the foundations of current AI were established decades ago. Second, development takes time - Sloan Kettering Cancer Center has been working with IBM to use Watson for treating some forms of cancer for over six years - and the system still isn't ready for use. Finally new AI systems typically require new roles/skills for those using them --> training time. Monitoring for potential fraud must also occur.

Scaling, however, can be rapid. Thus, by the time a late adopter has completed preparations, earlier adopters will have already taken considerable market share and be able to operate at lower costs with better performance. Late adopters may never catch up.

McKinsey contends AI will create $13 trillion of GDP growth by 2030. Andrew Ng advises starting small - choosing 2 - 3 company-level pilot AI projects. Their success will help convince stakeholders to invest further in AI capabilities. Choose projects than can be completed within 6 o- 12 months and have a high chance of success. (Probably should avoid areas where failure could be disastrous.)

Example: if your firm is a medical device producer, building an AI-assisted recruiting platform will not likely impress key decision-makers and runs the risk of being outperformed by another such project having a much larger user base. Consider working with external partners to quickly bring in AI expertise. (Eventually you'll want your own in-house AI team; however, waiting to build such before executing may be too slow vs. AI's rise.)

A rich source of AI project ideas lies in automating tasks humans are now doing via supervised learning. (AI is better at automating tasks than jobs; also much faster and simpler.) First clearly state the desired timeline, outcome, and a reasonable budget. Small project are better. Be certain to credit any associated business team members for their help.
Read more
4 people found this helpful
Report abuse

Amazon Customer
4.0 out of 5 stars Excellent overview of AI application in business
Reviewed in the United States on 20 September 2020
Verified Purchase
As a consultant in AI application in business, I have searched for and read many of books and articles on this topic. But I was always disappointed by the lack of two types of information:
1. Detailed examples, especially for AI application in the service industry.
2. Well explained mental models of how AI could be applied in business.
This book does an excellent job on criteria 2. And a very good job on criteria 1.
Read more
One person found this helpful
Report abuse

Cliente Amazon
5.0 out of 5 stars Nice print
Reviewed in the United States on 7 March 2020
Verified Purchase
Excellent quality
Read more
Report abuse
See all reviews
Back to top
Get to Know Us
Connect with Us
Make Money with Us
Let Us Help You
EnglishChoose a language for shopping.
© 1996-2021, Amazon.com, Inc. or its affiliates