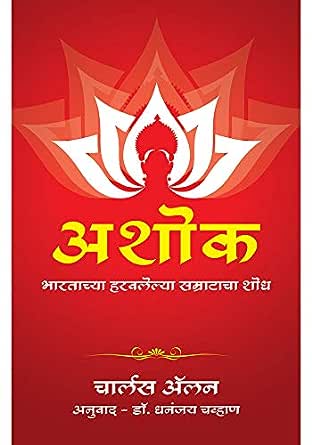 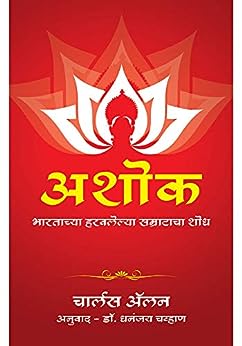 Ashoka is known for his contribution to the spread of Buddhism. His positive impact on the world still felt today,

Here in a wide-ranging, multi-layered journey of discovery that is as fascinating as any detective story. Charles Allen tells the story of the man who was arguably the greatest ruler India has ever known.

This incredible journey takes one through the Greek empire to all corners of Indian subcontinent including the Indus valley. One meets the emperors Alexander, Chandragupta, Harsha, the Guptas and the Satavahanas. At times, the Chinese travellers Huen Tsang (Xuanzang) and Fa Hien direct the discovery and at times one gets clues from Pali scriptures from Sri Lanka.

Along the way, one also meets the gifted Chanakya as well as great men like Bhandarkar, Nehru and Ambedkar. Oriental scholars such as Alexander Cunningham, William Jones, James Prinsep are the true heroes of this tale of discovery.

Dr Dhananjay Chavan has translated the book into Marathi aided by extensive correspondence with the author.

click to open popover
Unlimited FREE fast delivery, video streaming & more
Prime members enjoy unlimited free, fast delivery on eligible items, video streaming, ad-free music, exclusive access to deals & more.
> Get started
Back to top
Get to Know Us
Connect with Us
Make Money with Us
Let Us Help You
EnglishChoose a language for shopping.
© 1996-2020, Amazon.com, Inc. or its affiliates