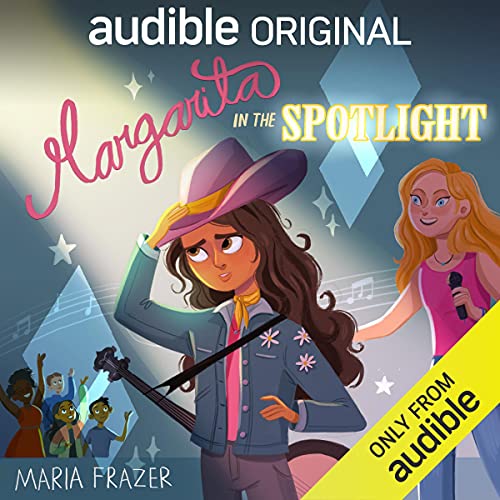 Margarita in the Spotlight

This middle grade story has it all: humor, heart, and country music - including original songs!

Margarita isn’t particularly passionate about music, but she loves Stephanie and would do anything to help her - and that includes being thrust into the media spotlight after an article in the New York Times calls out country music for its lack of diversity. Since Margarita’s father is Mexican American, the McCoys' record label wants to use her to show that they aren’t as whitewashed as the article says.

For Margarita, the media frenzy is overwhelming and quickly has her considering how exactly she should define herself and her identity. How Mexican American is she? How should she use her 15 minutes of fame? And how come no one ever taught her about Selena Quintanilla?

Margarita in the Spotlight is a fun and empowering story about identity, family, music, and the power of finding your voice - featuring original music that will delight your ears and get your toes tapping!