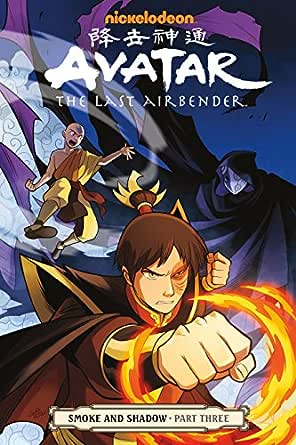 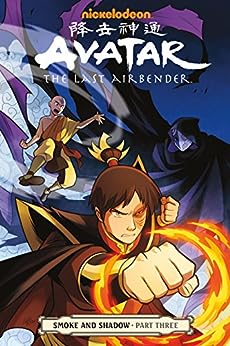 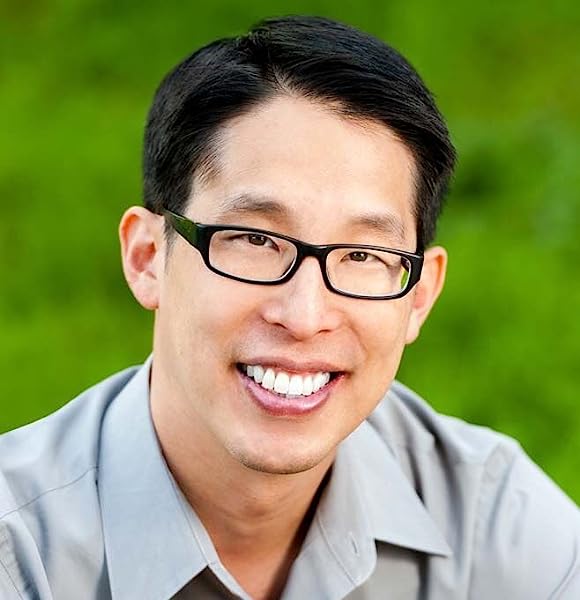 Gene Luen Yang began making comic books in the fifth grade. He has since written and drawn a number of titles. His 2006 book, American Born Chinese, was the first graphic novel to be nominated for a National Book Award and the first to win the American Library Association's Michael L. Printz Award. It also won an Eisner Award for Best Graphic Album - New. His 2013 two-volume graphic novel, Boxers & Saints, was nominated for both the National Book Award and the LA Times Book Award. Gene currently writes the graphic novel continuation of the popular Nickelodeon cartoon, Avatar: The Last Airbender. The Shadow Hero, his comic book series with Sonny Liew, revived the Green Turtle, an obscure 1940s character who is arguably the first Asian American superhero. The Shadow Hero is now available as individual digital issues via Amazon Kindle. The author lives in San Jose, CA. --This text refers to the paperback edition.

4.8 out of 5 stars
4.8 out of 5
547 global ratings
How are ratings calculated?
To calculate the overall star rating and percentage breakdown by star, we don’t use a simple average. Instead, our system considers things like how recent a review is and if the reviewer bought the item on Amazon. It also analyses reviews to verify trustworthiness.

KL
4.0 out of 5 stars Love the show!
Reviewed in India on 3 July 2019
Verified Purchase
Love this series ! It's my favourite, so collecting all the books in the series .. if anyone is interested you should check it out ! I recommend Watching the Nickelodeon TV series first and then reading these.
Read more

4.0 out of 5 stars Love the show!
By KL on 3 July 2019
Love this series ! It's my favourite, so collecting all the books in the series .. if anyone is interested you should check it out ! I recommend Watching the Nickelodeon TV series first and then reading these.
Images in this review

J. Cornah
4.0 out of 5 stars Desperate to be a better person, Zuko tries to stick to Avatar Aang’s ...
Reviewed in the United Kingdom on 25 April 2016
Verified Purchase
Part 3, the final installment of the Smoke and Shadow series, part of the Avatar: The Last Airbender comics, has been released and boy does it deliver. While not without its problems, this edition has shown that the creative team is truly improving and we may yet have some even greater issues to look forward to.The artwork is stunning, the writing much tighter than before, and the atmosphere is top notch.
All that being said, as I mentioned, there are some issues that I will address in this review. Some of the characters voices still do not feel quite right, and some of the dialogue is a little clunky. Certainly, the writer, Gene Luen Yang, has improved since The Promise (the first of the Avatar comics), but the original TV series left such a high standard of characterisation, that it would be hard for anyone to live up to it.
The story is one of political intrigue, insurrection, and even bordering on terrorism. Fire Lord Zuko faces an opponent of apparently spiritual origins, but not all is as it seems. There is an interesting commentary going on here where Zuko’s character and actions are brought into question; faced with difficult decisions, will be cave in and slip into his old ways, the violent and totalitarian methods of his father, or will he pursue the new way he has learned as a friend of Avatar Aang?
Seeing Zuko struggle with his identity has been a common theme of the comic series. It has been shown not only in how he rules the Fire Nation, but also in his personal relationships. His friendships are strained almost to breaking point at times, his trust of Aang wavers, and his romance with Mai is falling apart, or so it seems.Desperate to be a better person, Zuko tries to stick to Avatar Aang’s advice. But as his enemies push harder and harder, causing more and more chaos, he hears the tempting call of his old self again.
This causes some interesting confrontations, and moral quandaries for Zuko, and many of the conversations give the characters pause, which is nice to see. The fulfilment of the issues, however, is somewhat swifter than I would have liked, but it is left on more of an ambiguous note, leaving the reader to determine just how much Zuko has been changed by the events, and how it may not all be over at all.
A concern I’ve had in a number of these comics is how some of the characters have become slight caricatures of their former selves. Uncle Iroh, for example, has always had an obsession with tea, but it has been made slightly clownish in these issues. Rather than being a thing of quiet dignity and a slight quirk, his love of tea is made into his defining characteristic. This is redeemed somewhat by a short conversation he has in this issue, revealing some of his own worries and fears. So, I was pleased to see him given more space as a character, rather than just having him be a punchline.
The ending is abrupt, it must be said, despite being something of an ‘open’ ending in many respects. The romance subplot is given a rather bizarre runaround, and then for seemingly no reason is twisted back again in the last few pages. Again, it seems that events are being set up for future adventures, but for the time being, it just seems a bit odd.
All criticisms aside, this volume is definitely worth a read, and the whole Smoke and Shadow saga is well worth having on your shelves if you’re an Avatar fan.

Stardust
5.0 out of 5 stars Smoke and Shadow
Reviewed in the United Kingdom on 7 May 2016
Verified Purchase
This did not disappoint on the Zuko and Mai front for me *breaths heavy sigh of relief* Absolutely love the smoke and Shadow books, can't wait for North and South! I beg you to go and buy all the comics of Avatar TLA, if you loved the show then they will not disappoint :) PS I still have hope for Azula!! I am also a true rabid Maiko (Mai and Zuko) lover :)
Read more
One person found this helpful
Report abuse

Lucy
5.0 out of 5 stars Must have for Avatar The Last Airbender fans!
Reviewed in the United Kingdom on 23 May 2016
Verified Purchase
Fantastic comic! Perfect for fans of Avatar the last Airbender. The story itself is thrilling and very well written. If you have read the other comics this is a perfect follow up and does not disappoint! It arrived on time and in perfect condition. Would strongly recommend this product.
Read more
One person found this helpful
Report abuse

Laura
5.0 out of 5 stars Brilliant as always
Reviewed in the United Kingdom on 21 April 2016
Verified Purchase
Waited so long to read this and as soon as it got delivered I read everything. Brilliant as always! Now the wait starts for The Legend of Korra comics.
Read more
One person found this helpful
Report abuse

Funsize
5.0 out of 5 stars Awesome
Reviewed in the United Kingdom on 25 September 2016
Verified Purchase
Love these comics!
Read more
Report abuse
See all reviews
click to open popover
Back to top
Get to Know Us
Connect with Us
Make Money with Us
Let Us Help You
EnglishChoose a language for shopping.
© 1996-2021, Amazon.com, Inc. or its affiliates