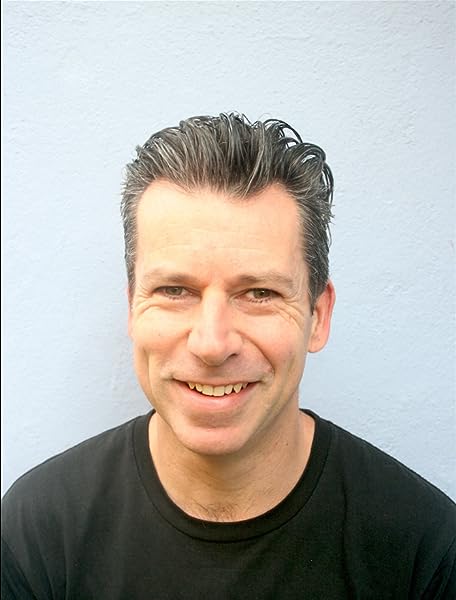 by Aaron Blabey (Author)
4.3 out of 5 stars 42 ratings
See all formats and editions
Sorry, there was a problem loading this page. Try again.
FREE delivery: Sunday, Jan 23 Details

Winner of 2016 KOALA Awards Fiction of Younger Readers. Meet the scary and dangerous and...well, just bad guys. But these guys want to be heroes. And they're going to prove it by doing good deeds! Read the hilarious first 5 books in the series by Aaron Blabey.
Read more
Previous page
Next page

Aaron Blabey is the creator of many well-loved children's books, including two best selling series - The Bad Guys and Pig the Pug. Both series have been translated into many languages and are published in over 25 countries. Aaron has won many awards including an INDIE Book Award for Children's Book of the Year, a Children's Book Council of Australia - Book of the Year Award, a NSW Premiers Literary Award, two Australian Book Design Awards, four KOALA Awards, four Yabba Awards, a Children's Peace Literature Award and has held the title of Australian National Literacy Ambassador. He lives in the Blue Mountains, near Sydney.
Tell the Publisher!
I'd like to read this book on Kindle

Aaron Blabey is the creator of many well-loved children’s books, including two best selling series – The Bad Guys and Pig the Pug. Both series have been translated into many languages and are published in over 25 countries. Aaron has won many awards including an INDIE Book Award for Children’s Book of the Year, a Children’s Book Council of Australia – Book of the Year Award, a NSW Premiers Literary Award, two Australian Book Design Awards, four KOALA Awards, four Yabba Awards, a Children’s Peace Literature Award and has held the title of Australian National Literacy Ambassador. He lives in the Blue Mountains, near Sydney.

4.3 out of 5 stars
4.3 out of 5
42 global ratings
How are ratings calculated?
To calculate the overall star rating and percentage breakdown by star, we don’t use a simple average. Instead, our system considers things like how recent a review is and if the reviewer bought the item on Amazon. It also analyses reviews to verify trustworthiness.
Top reviews

Rushikesh nisal
4.0 out of 5 stars Good book series
Reviewed in India on 18 September 2021
Verified Purchase
These are paper back and book quality is ok .
Books are more like comic ( black n white) story with pictures .
My son finished it in 2 days
Read more
2 people found this helpful
Helpful
Report abuse

MK
1.0 out of 5 stars 8 Blank pages in book 4
Reviewed in India on 29 September 2020
Verified Purchase
Pages are missing in book 4.
8 pages are blank. Is this even the original book? Please check all books thoroughly upon receiving. No exchange offered after return window gets over. Seller: U-read store.
Read more
Helpful
Report abuse

Shivika Garg
2.0 out of 5 stars Bad packaging
Reviewed in India on 8 October 2019
Verified Purchase
Box Packaging was torn and ripped from all sides. Though the books were fine.
Read more
One person found this helpful
Helpful
Report abuse

Garima--Sharma
1.0 out of 5 stars Problems
Reviewed in India on 23 July 2019
The books are really good ....but there is written it is pay on delivery but it is not.
Read more
2 people found this helpful
Helpful
Report abuse
See all reviews
Back to top
Get to Know Us
Connect with Us
Make Money with Us
Let Us Help You
EnglishChoose a language for shopping.
© 1996-2022, Amazon.com, Inc. or its affiliates