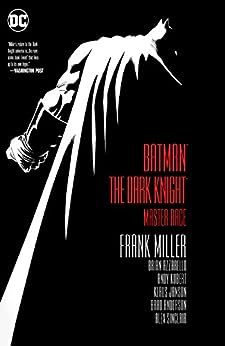 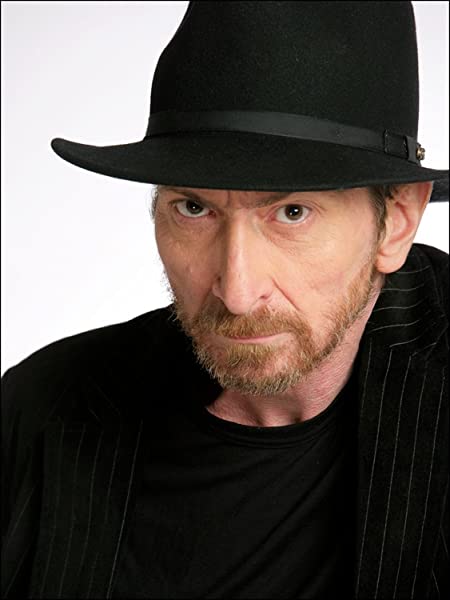 "Batman, Superman, Wonder Woman and other heroes are back on the page showcasing Miller's distinctive flavor." —USA Today

"Frank Millers's return to the Dark Knight universe is not only an all-star collaboration, but also the rare comic-book "event" that lives up to its own hype." —Washington Post

"It's hard to resist a comic that features the talents of Frank Miller, Klaus Janson, Brian Azzarello, and Andy Kubert. Alone, any one of these guys could sell a comic. With their powers combined? It's insane. Enjoy the ride, because Dark Knight III: The Master Race is pretty damn good." —Nerdist

"Recapturing much of the original's unique visual flavor." —IGN

"The main story is all-but-perfect." —Comic Book Resources --This text refers to the paperback edition.

Frank Miller began his career in comics in the late 1970s and rose to fame while first drawing, and then writing, Daredevil for Marvel Comics. He was also the creative force behind Batman: The Dark Knight Returns, Batman: Year One and Batman: The Dark Knight Strikes Again. His many works have not only redefined classic characters, but also, on a few occasions, revitalized the comics industry. His multi-award-winning graphic novel 300 was brought to full-blooded life in the 2007 motion picture of the same name, and in 2008 he directed the feature film Will Eisner's The Spirit. His creator-owned crime saga Sin City first hit the page in 1991, and then the silver screen in 2005, with Miller on board as co-director with Robert Rodriguez. The two returned to direct the sequel Sin City: A Dame to Kill For, released in 2014 and featuring two new stories by Miller. In 2015, Miller returned to his best-selling series with the highly anticipated Batman: The Dark Knight: Master Race. --This text refers to the paperback edition.

4.6 out of 5 stars
4.6 out of 5
1,034 global ratings
How are ratings calculated?
To calculate the overall star rating and percentage breakdown by star, we don’t use a simple average. Instead, our system considers things like how recent a review is and if the reviewer bought the item on Amazon. It also analyses reviews to verify trustworthiness.

Debjyoti (DJ)
5.0 out of 5 stars Instant Classic Within Dark Knight Saga
Reviewed in India on 18 July 2019
Verified Purchase
Frank Miller's epic journey to the world of the dark knight is simply, mesmerizing. The story picks up from his last take - 'The Dark Knight Strikes Again', even though many hated it for it's repulsive art, I liked it & consider it yet another masterpiece which many had failed to fathom. Master Race has everything what truly makes a story great, with high stakes & fascinating art, I would recommend this graphic novel to anyone who is serious about the dark knight lore & likes to read a good literary work. This is one of best story I read in years after the run by Scott Snyder. Go for this without prejudice, that's my two cents.
Read more

5.0 out of 5 stars Instant Classic Within Dark Knight Saga
By Debjyoti (DJ) on 18 July 2019
Frank Miller's epic journey to the world of the dark knight is simply, mesmerizing. The story picks up from his last take - 'The Dark Knight Strikes Again', even though many hated it for it's repulsive art, I liked it & consider it yet another masterpiece which many had failed to fathom. Master Race has everything what truly makes a story great, with high stakes & fascinating art, I would recommend this graphic novel to anyone who is serious about the dark knight lore & likes to read a good literary work. This is one of best story I read in years after the run by Scott Snyder. Go for this without prejudice, that's my two cents.
Images in this review

S Bhattacharjee
5.0 out of 5 stars The conclusion to an epic trilogy
Reviewed in India on 1 November 2017
Verified Purchase
I pre-ordered the book, and it was delivered in pristine condition and on time by seller PBC Mart, who have surprised me with their excellent seller several times already.
As for the book, well, it completes the Dark Knight trilogy (to some extent). Bruce Wayne is young at the end of the series, and Lara embarks on her path to be more human. Andy Kubert's pencilling is of stellar quality, but, much like The Dark Knight Strikes Again, Miller's pencilling in some of the one-shots are sub-par. An excellent book nevertheless, and definitely collectible in this collected, hardbound edition.

Dr. Strange
4.0 out of 5 stars Average
Reviewed in India on 8 July 2019
Verified Purchase
Great binding & paper is really good...The story however is not upto it's 1st predecessor The dark knight returns but better than the 2nd book obviously..
Read more
Helpful
Report abuse

Sagar Rachala
4.0 out of 5 stars The Dark Knight returns once again!!!!
Reviewed in India on 13 April 2018
Verified Purchase
It's more of a justice league returns story than the dark knight returns one. But nonetheless it's made better by bringing Brian azzarelo as the co-writer and Andy kubert as the main artist, instead of leaving everything to Frank miller(as he's done this for the tie-ins)
Read more
Helpful
Report abuse

Amazon Customer
4.0 out of 5 stars Frank Miller and Bryan Azerello creates an entertaining take on the dark knight continuity
Reviewed in India on 26 March 2019
Verified Purchase
Not as great as the dark knight returns but definitely better than dark knight strikes back. Art is quite good and the story is quite entertaining.
Read more
Helpful
Report abuse

Micehunter
4.0 out of 5 stars Worth it
Reviewed in India on 27 March 2021
Verified Purchase
IMO, this was better than TDKR and TDKSA.
Read more
Helpful
Report abuse
See all reviews

Eoin O' Reilly
3.0 out of 5 stars Lacks the importance of previous books but overall worth your time
Reviewed in the United Kingdom on 4 September 2019
Verified Purchase
Master Race is the second sequel to TDKR and the follow-up to TDKSA and I found the book disappointingly pedestrian by comparison with both books but much more comprehensible than TDKSA. Needless to say, this is a far cry from TDKR.

At this point in the series, it no longer feels like Miller has a point to make that he is prioritising over the good old comic book plot of the book (though there are some clear attempts to include topical themes), which as you might expect is both a good and bad thing. It's good in that the plot is more focused, paced a little better and the art is much cleaner and striking in places, bad in that this is mostly a comic book caper that advances the Millerverse in fairly uninteresting ways overall, while also kind of cheapening the events of the previous books by undoing some character development and generally just making the setting seem that little bit more ordinary in the context of the comics industry.

If the book is taken at face value rather than viewed in the context of the series then it is largely successful. Despite the title, it is much more of a Superman story than a Batman story, though the central conflict with Lara is not given as much attention as perhaps it should in places. There is also a lot of talk throughout the book about the devastation to human lives caused by the events that take place with little to no depiction of that devastation. Still, it's a mostly pleasant and coherent read despite its flaws.

Master Race is, again, not a worthy successor to TDKR, but it's a better book than TDKSA, even if it has a bit less to say. It neither ties the Millerverse up in a neat bow nor gives it an interesting direction for the future, but it is an enjoyable read. If you can't get enough Miller's Batman then this book will just about satisfy your need. Otherwise, there are worse options out there, but there are better options also.

Nariman
4.0 out of 5 stars Not the original DKR but still packs a punch
Reviewed in the United Kingdom on 1 November 2017
Verified Purchase
If like many you read "The Dark Knight Returns" and were blown away by this seminal story that re-invented the Batman persona and gave rise to his popularity ever since then you may end up being a bit disappointed by this sequel. It's good and an enjoyable read but it somewhat lacks the impact of the original, which sequels, are almost bound to do.
The story line involves an allegorical tale of faith-based zealots freed from the bottle city of Kandor and the use of many DC characters in a broad and engaging story. Females move centre stage which may be long overdue, given the current popularity of Wonder Woman. The art is varied but, as ever, relies upon personal taste. I found the art by Kubert and Romita to be up to its usual standard but always feel that Miller and Klaus Jansons' art is a sort of shorthand that lacks detail, even if it is highly stylized.
Overall it is a nice book and very good value for money, costing less than a run-of-the-mill Marvel Masterwork book. The colours are vibrant on the glossy pages and there are enough pin-up pages to make it very worthwhile. It may not be as revolutionary as the original but it still packs a punch and its depiction of Donald Trump is spot on.

Ben Mountford
5.0 out of 5 stars Must-own for fans of Millers Batman!
Reviewed in the United Kingdom on 28 September 2017
Verified Purchase
As soon as I saw this preorder come up I was all over it. Loved Dark Knight Returns, but only really tolerated Dark Knight Strikes Again. The plot was a little convoluted and half hearted when compared to DKR.

I am happy to report that this is a return to form. The artwork is absolutely fantastic all the way through. Capturing Millers 'frantic' looking style and giving it sharp modern edges that help to define it.

The story is also great, replays a couple of the old beats from the previous story with fairly predictable outcomes, but it is ultimately satisfying. The arc is not overly complicated, and the use of characters is also really good.

If you're a fan of Millers Batman - this is a must own!

Yorkshire bloke
5.0 out of 5 stars Quality print work. Buy two, keep one ruin one.
Reviewed in the United Kingdom on 28 January 2020
Verified Purchase
Buy two. One to keep under the coffee table, and one to slice the pages out of and get framed. High quality printing, paper, and reproduction. Very stiff spine so if you’re going to read it properly it will look like ermm it’s been read, hence the ‘buy two’ remark if you’re a user and a collector.
Read more
One person found this helpful
Report abuse
See all reviews
Back to top
Get to Know Us
Connect with Us
Make Money with Us
Let Us Help You
EnglishChoose a language for shopping.
© 1996-2021, Amazon.com, Inc. or its affiliates