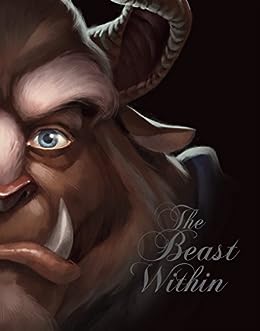 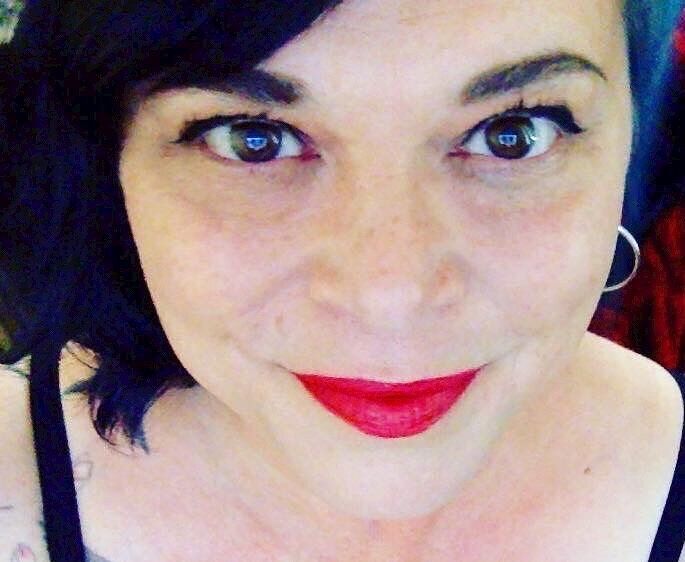 Beast Within, The: A Tale of Beauty's Prince (Villains Book 2) Kindle Edition

by Serena Valentino (Author), Disney Storybook Art Team (Illustrator) Format: Kindle Edition
See all formats and editions
Sorry, there was a problem loading this page. Try again.
A cursed prince sits alone in a secluded castle. Few have seen him, but those who claim they have say his hair is wild and nails are sharp--like a beast's! But how did this prince, once jovial and beloved by the people, come to be a reclusive and bitter monster? And is it possible that he can ever find true love and break the curse that has been placed upon him?
Read more
Previous page
Next page

A retelling of Disney's Beauty and the Beast, told from the Beast's perspective. The story opens as the Beast contemplates whether Belle-recently made a prisoner in his castle-will ever come to love him. The timeline then moves backward to the days when the Beast was a human prince, and so begins a story that is predictable-when it isn't entirely ridiculous-and filled with characters as flat as the pages they're written on. As a human prince, the Beast spurns the love of Circe, who turn out to be the younger sister of the "odd sisters," witches whose behavior is so nonsensical it's a wonder they stop cackling long enough to curse him. Though the pre-Beast Prince certainly deserves his curse, whether any actual human being could contain the degree of vanity, selfishness and conceit the Prince exhibits is questionable. One interesting curveball comes in the presentation of the Prince and Gaston (the vain sportsman romantically interested in Belle) as childhood best friends. However, the blandness of the characters negates anything interesting that might have sprung from this twist, which is not nearly enough to save the story as a whole. With clunky writing, an uninspired plot and unbelievably one-dimensional characters (including villains so absurd no one would fear them), this spinoff effort is disappointing at best. (Fantasy. 12-18) Kirkus"

Gr 4-6 Many children grow up with some familiarity with the story of Beauty and the Beast, particularly the Walt Disney version. Readers often admire the beautiful and smart Belle, a devoted daughter and booklover, who is as lovely on the inside as the outside. That she could come to love such a horrific-looking and reclusive creature is testament to her kind nature. And yet, readers know so little of this mysterious Beast and of the spell that caused him to become an outcast within his own kingdom. In this spin-off from Disney's retelling of the old tale, Valentino does her best to expand upon the Beast's side of things: What was it that transformed the handsome and charming Prince into a Beast? Gaston plays a big role in this story, as does a competing love interest of both male characters, Tulip. Belle doesn't appear until toward the end, as this book operates as a prelude to the film. Some new characters add interest, such as the Odd Sisters, a trio of witches spurred by a broken heart and a zeal for revenge. As interesting as that premise is, the book is weighted down by clunky writing, shallow character development, a lack of depth and nuance. It will likely appeal to only the most die-hard fans of the Disney film. Meg Allison, The Moretown School, VT SLJ"

The tale of a beautiful girl transforming a beast to his original princely form is a familiar and often retold one, but the story of how exactly the prince initially came to be cursed and why is less well known. Valentino sets her version of the prince's perspective in the Disney world, with Cogsworth, Lumiere, and even Mrs. Potts all making an appearance. The setting and the plot are far darker here, however, and musical numbers with dancing cutlery are replaced by the internal contemplations of an increasingly melancholic and occasionally violent Beast as he transforms from human to monster. It begins with the Prince's betrayal of Circe, a young maiden whom he initially woos for her beauty and then rejects when he discovers she is merely a pig farmer's daughter. Her older sisters, a trio of magical witches, vengefully cast a spell on the Prince, and the spoiled, selfish man futilely tries to outrun his fate, losing his human form and almost his mind in the process. Valentino is so successful at making the Prince unlikable that he seems nearly irredeemable, and a disjointed timeline makes it difficult to identify the chronology of the moral transformation that must precede his physical one. The combination of the Disney tie-in and the thoughtful, more folkloric elements, though, makes this an interesting choice for readers who've outgrown the pink-princess phase but are still captivated by fairy tales. KQG BCCB"

4Q 4P M This prequel to Beauty and the Beast is presented as a young adult title, yet its layout and format might attract a middle-grade population. The writing is polished and appealing to young teens, with just enough spin on the old tale to encourage young readers to stay with the story. Valentino brings back the Macbethian "Odd Sisters"-young witches with a definite nod to Shakespeare's Weird Sisters-who first appeared in her retelling of Snow White, Fairest of All (Disney, 2009), in which we can see the villain's point of view. The author knows the structure of fairy tales and enhances this one with some new characters who bring life to the "tale as old as time." She also weaves in a few threads from the old film version by Cocteau and hints at Oscar Wilde's Picture of Dorian Gray. Readers learn how the Beast came to be cursed; witness quite a bit of his backstory, as well as those of the other familiar faces, like Belle's father; and feel satisfied by the conclusion and the hopeful message that beauty comes from within. The popularity of television series such as Once Upon a Time and Grimm make this book even more appealing to contemporary young readers. This volume will do well in middle school library collections, as well as medium-sized public libraries with solid tween collections.-Jane Murphy. VOYA" --This text refers to an out of print or unavailable edition of this title.

Serena Valentino has been weaving tales that combine mythos and guile for the past decade. She has earned critical acclaim in both the comic and horror domains, where she is known for her unique style of storytelling, bringing her readers into exquisitely frightening worlds filled with terror, beauty, and extraordinary protagonists. The books in her best-selling Villains series are best enjoyed when read in the following order: Fairest of All, The Beast Within, Poor Unfortunate Soul, Mistress of All Evil.
--This text refers to an out of print or unavailable edition of this title.

4.8 out of 5 stars
4.8 out of 5
1,515 global ratings
How are ratings calculated?
To calculate the overall star rating and percentage breakdown by star, we don’t use a simple average. Instead, our system considers things like how recent a review is and if the reviewer bought the item on Amazon. It also analyses reviews to verify trustworthiness.
Top reviews

Sapna Sood
4.0 out of 5 stars Yes buy it
Reviewed in India on 20 February 2021
Verified Purchase
I've recently had a thing for all retelling books. This book is basically story of the beast,how it turned to a beast
Read more
Helpful
Report abuse

Pallavi Banerjee
5.0 out of 5 stars Good
Reviewed in India on 4 June 2019
Verified Purchase
The famous villain series. I have three of these... They are really nice. Good reads for kids who love fairy tales.
Read more
Helpful
Report abuse
See all reviews

Tullulah
5.0 out of 5 stars Behind the beast
Reviewed in the United Kingdom on 28 June 2017
Verified Purchase
Have you ever wondered why the enchantress dis such a deed to the Prince? Ok so he turned her away, but did you ever think there could be more to the story?
I actually felt sorry for the Prince being turned into such a beast, but this story opened my eyes and revealed there was more to it that meets the eye.
I really love the unravelling of the characters in this fantastic tale and the underlying story has me gripped and looking forward to the next tale
Read more
One person found this helpful
Report abuse

Sinead Roche
3.0 out of 5 stars Not a great read at all
Reviewed in the United Kingdom on 25 April 2017
Verified Purchase
The product itself arrived on time and was in good condition for a second hand book, however the book isn't a great read, I would recommend it for really huge fans of Disney like myself just if you are interested but I wouldn't rave about the story
Read more
One person found this helpful
Report abuse

Amazon Customer
5.0 out of 5 stars Good read highly suggest
Reviewed in the United Kingdom on 9 April 2017
Verified Purchase
Loved reading this book; finished it in a day it was so good. Really detailed and if you love beauty and the beast this book is a good twist that you dont expect. I would also suggest reading a twisted tale tale as old as time; again a brilliant book with a good twist.
Read more
2 people found this helpful
Report abuse

Serena Valentino is best known for weaving tales that combine mythos and guile with her work on comic book series GloomCookie and Nightmares & Fairy Tales, and her New York Times Bestselling novels Serena Valentino’s Villains, published by Disney, which have earned her critical acclaim for brining her readers into exquisitely frightening worlds filled with terror, beauty, and extraordinary protagonists. There are currently seven books in the series: Fairest of All, The Beat Within, Poor Unfortunate Soul, Mistress of All Evil, Mother Knows Best, The Odd Sisters, and Evil Thing. Cold Hearted featuring Lady Tremaine will be released July 2021.

Serena is living a beautiful life in California with her dog Gozer, and her partner, comics writer, artist, filmmaker, screenwriter, and puppeteer Justin Sane.