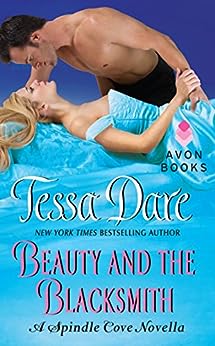 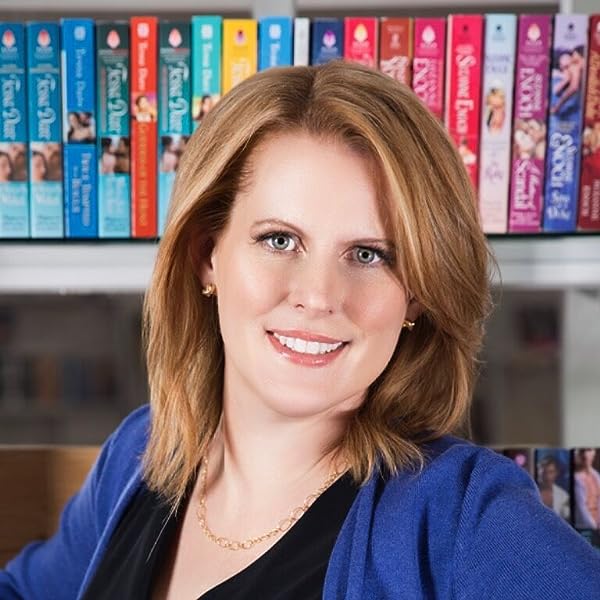 Beauty and the Blacksmith: A Spindle Cove Novella Kindle Edition

"Dare's lyrical writing and expert, intense character development make this a romance to be savored"

-- "Publishers Weekly (starred review) on Romancing the Duke" --This text refers to an alternate kindle_edition edition.

Beautiful and elegant, Miss Diana Highwood is destined to marry a wealthy, well-placed nobleman. At least that's what her mother has loudly declared to everyone in Spindle Cove.

But Diana's not excited by dukes and lords. The only man who makes her heart pound is the village blacksmith, Aaron Dawes. By birth and fortune, they couldn't be more wrong for each other . . . but during stolen, steamy moments in the smithy, his strong hands feel so right.

Is their love forged strong enough to last, or are they just playing with fire?

Tessa Dare is the New York Times bestselling, award-winning author of more than a dozen historical romances. A librarian by training and a book-lover at heart, Tessa makes her home in Southern California, where she shares a cozy, cluttered bungalow with her husband, their two children, and a pair of cosmic kittens.

4.2 out of 5 stars
4.2 out of 5
485 global ratings
How are ratings calculated?
To calculate the overall star rating and percentage breakdown by star, we don’t use a simple average. Instead, our system considers things like how recent a review is and if the reviewer bought the item on Amazon. It also analyses reviews to verify trustworthiness.
Top reviews

Bizzie
4.0 out of 5 stars A good writer
Reviewed in the United Kingdom on 27 March 2021
Verified Purchase
Expected bit of usual badly written fluff but it’s well written fluff and, although described as a novella, it’s value for money.
Read more
One person found this helpful
Report abuse

Amazon Customer
3.0 out of 5 stars Ended too soon!
Reviewed in the United Kingdom on 16 April 2021
Verified Purchase
Diana and Aaron have been two of my favourite characters from the Spindle Cove series. I absolutely love the concept of this book, and thoroughly enjoyed everything I saw there - but they deserved a novel. There was too much going on too quickly, and the ending did not do them justice! I really, really wish there were more to their story than just 13 chapters. I feel like this could have easily been achieved. Slightly disappointed.
Read more
Report abuse

June L.
5.0 out of 5 stars Memorable
Reviewed in the United Kingdom on 29 May 2019
Verified Purchase
What a delightful and touching story. Loved it. It will go into my "favourites" collection of books. Well done Tessa.
Read more
Report abuse

Paula Roberts
4.0 out of 5 stars Addicted to this series of books
Reviewed in the United Kingdom on 17 May 2013
Verified Purchase
Lovely light read. Tessa Dare's writing is like a breath of fresh air. All the characters are likeable and you care what happens to them. Throughout the series the heroines' mother is constantly harping on about how her daughter is sure to marry well but she actually falls for the local blacksmith. There are obviously difficulties with this situation and the author deals with these, and the added mystery, well. Looking forward to the next book out at the end of this month.
Read more
Report abuse
See all reviews
Back to top
Get to Know Us
Connect with Us
Make Money with Us
Let Us Help You
EnglishChoose a language for shopping.
© 1996-2021, Amazon.com, Inc. or its affiliates