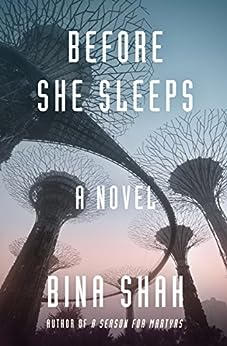 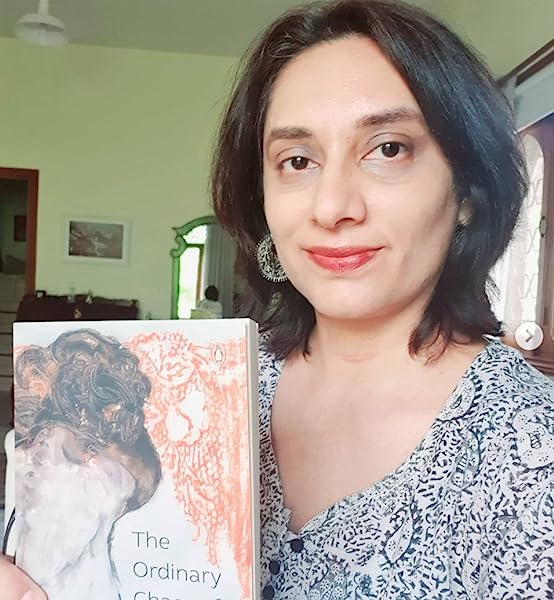 Before She Sleeps: A Novel Kindle Edition

“An overdue enlargement of the cultural conversation that [The Handmaid’s Tale] continues to provoke.” -- Kirkus Reviews

“Charged and thrilling…exquisite…Shah develops her multiple characters beautifully…a thoughtful novel that will stick with me for a very long time.” -- Los Angeles Times

“The most subtly disturbing of dystopias, richly textured and appallingly intimate, Before She Sleeps has hints of Huxley and Atwood but is uniquely Bina Shah.” -- Nick Harkaway, author of Gnomon and The Gone-Away World

“A haunting, dystopian thriller… Fans of The Handmaid’s Tale won’t want to miss this one.” -- Publishers Weekly (starred review)

“The 21st century answer to The Handmaid’s Tale… Gripping, smart and dystopian in the most terrifying way, which is to say that it seems so very possible. Green City is the glossy, AI-powered, deeply misogynistic technocracy of our nightmares, which the free yet confined women of the Panah desperately struggle to defy.” -- Molly Crabapple, author of Drawing Blood

“Before She Sleeps stands on its own as a novel that will have readers contemplating rebellion and revolt, sex and power, and the many ways women’s bodies are sacrificed for the good of society.” -- Booklist

“A timely novel of women’s resistance and determination. By setting her book in a future Middle East and South Asia, Bina Shah has given us a welcome addition to the feminist dystopian thriller that expands the genre beyond a white-centric gaze. Women’s stories and women’s voices―in all our diversity―are important and Bina Shah’s thriller is a necessary reminder.” -- Mona Eltahawy, author of Headscarves and Hymens: Why the Middle East Needs a Sexual Revolution

“Provocative.” -- Syfy.com, One of the Best Books of the Summer

“Shah’s novel is both explicitly connected to Atwood’s marvel [The Handmaid’s Tale] and working to expand it by imagining what a secular, Middle Eastern Gilead might look like… One of the best books of the second half of 2018.” -- The Millions --This text refers to an out of print or unavailable edition of this title.

Bina Shah is a writer of English fiction and a journalist living in Karachi, Pakistan. She is the author of four novels and two collections of short stories, including Slum Child, which was a best seller in Italy. A regular contributor to the International New York Times, she is a provocative and bold commentator for the international press on Pakistan’s society, culture, and women’s rights. Her most recent novel, A Season for Martyrs, originally published by Delphinium in 2014, was published in France and India in 2016. She is a graduate of Wellesley College and the Harvard Graduate School of Education, and an alum of the International Writers Program at the University of Iowa. --This text refers to an out of print or unavailable edition of this title.

4.0 out of 5 stars
4 out of 5
48 global ratings
How are ratings calculated?
To calculate the overall star rating and percentage breakdown by star, we don’t use a simple average. Instead, our system considers things like how recent a review is and if the reviewer bought the item on Amazon. It also analyses reviews to verify trustworthiness.
Top reviews

Joel M.
3.0 out of 5 stars The plot is great but not the ending
Reviewed in India on 21 September 2020
Verified Purchase
The plot had all the recipes to be great but a haste ending did no justice to the novel. Though set up in a dystopian future, the women of Green city might be living among us with no one to raise voices for them.
Read more
Helpful
Report abuse

Fatima Anwar
4.0 out of 5 stars Thrilling, Exciting and Surprising!!!
Reviewed in India on 17 December 2020
//~ Our mothers, aunts, grandmothers live only in representations of their lives as we, their daughters, try to re-create them…///

Review:
Before She Sleeps by Bina Shah is a satire on the present patriarchal society and the future it is heading towards. She writes about a future world that is not so far away, yet not so close. It can be considered a South Asian contemporary of The Handmaid Tale by Margaret Atwood.

This book is set in a dystopian future, where most the countries are destroyed by wars and climatic changes. The number of women has gone very low due to wars, violence and a virus, which killed a large portion of female population. To raise the number of female ratio, women are forced to take several men as husbands.

In Green City, women are seen as nothing more than reproductive machine, they are forced to go through several hormonal test and fertility test to increase their reproductive health. Bearing more children is the easiest way for poor families to climb their way into the middle class. This reminds me of the women under the Nazi rule, who were too seen in a similar way. Even in this oppressive authoritarian rule, there are some women, who refuse to be a part of this system. They are forced to hide underground, away from the oppressive system. At night, they provide a service which is now something one cannot buy, intimacy without sex.

The story is told from multiple perspective, from Sabine, Lin, Rupa to Robert Faro. Each character is so well developed, having their backstory. Each character is from a different background and had a different life, but what bound them together was their pain, they were all victim of this authoritarian government. The writing style was good and engaging. It took me some time to get into the story, but when I did, I was lost in the world of Green City. The ending was not something I expected, it left a bittersweet feeling with me and left me wondering if there will a sequel of this story.

Brugiolo Cristina
5.0 out of 5 stars Beautifully written book, a feminist version of the 1984 George Orwell book!
Reviewed in Italy on 12 October 2019
Verified Purchase
I am not a fan of dystopian books but this one was one of the best books I have ever read, particularly from Pakistani authors! Beautifully written, it brings the reader into an imaginary futuristic world which, in reality, is the present, in many parts of the world! Women not as individuals but means for something, but with the recognition that, beyond the system created, human beings still need emotions and empathy. A sort of feminist 1984 that, contrary to Orwell's book, I hope it will never become reality! Well done Bina!
Read more
Report abuse

Catherine Therese Krüger
3.0 out of 5 stars Interesting
Reviewed in Germany on 4 September 2019
Verified Purchase
The book was very interesting however fell short. I lacked the depth in some characters and the storyline was a bit predictable. Overall and easy read.
Read more
Report abuse

Jane C.
1.0 out of 5 stars Ridiculous premise
Reviewed in the United States on 8 May 2019
Verified Purchase
A brothel of women who don't have sex with men, just literally sleep with them. Because THAT'S the thing men can't live without. But there are almost never any problems, because the clients respect the rules. They have to live underground, with just five other prostitutes and a madame (with a heart of gold!), but this is supposed to be better than the alternative - a life as coddled, but very restricted brood mares with multiple husbands. It's not stated, but the impression is that all the women are about the same age. But that makes no sense, as the Panah has been in operation for decades. I skimmed the last 30 percent of the book and it seemed to get more and more ridiculous, but I was just skimming.
Read more
3 people found this helpful
Report abuse

Aleda Freeman
5.0 out of 5 stars Engaging story with distinctly depicted characters
Reviewed in the United States on 12 September 2018
Verified Purchase
Before She Sleeps is a very engaging book exploring the consequences of a society that chooses to handle a lack of childbearing women in an extreme way. None of the women and almost none of the men have any choice in their intimate family arrangement. While the devastating effects on women are easier to imagine, the effects on men and children are also explored. Not every women feels the same about their fate either. I found myself having some compassion and understanding for the point of view and actions of all the figures in the book. I ended up reading it in a weekend as I was very interested to find out what happened next (which I could not predict!)
Read more
5 people found this helpful
Report abuse
See all reviews
Back to top
Get to Know Us
Connect with Us
Make Money with Us
Let Us Help You
EnglishChoose a language for shopping.
© 1996-2021, Amazon.com, Inc. or its affiliates