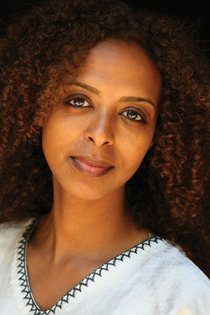 by Maaza Mengiste (Author)
4.4 out of 5 stars 188 ratings
See all formats and editions
Sorry, there was a problem loading this page. Try again.
10 Days Replacement Only
Read more Read less
Previous page
Next page

Ethiopia's 1974 revolution tears a family in half in this striking debut. Mengiste is as adept at crafting emotionally delicate moments as she is deft at portraying the tense and grim historical material, while her judicious sprinkling of lyricism imbues this novel with a vivid atmosphere.That the novel subjects the reader to the same feelings of hopelessness and despair that its characters grapple with is a grand testament to Mengiste's talent. ― Publisher's Weekly

An arresting, powerful novel that works on both personal and political levels. ― Kirkus

Lucid and compelling... Beneath the Lion's Gaze is an extraordinary novel, which assembles a dauntingly broad cast of characters and, through them, tells stories that nobody can want to hear, in such a way that we cannot stop listening. Although set more than thirty years ago, Mengiste's novel is timely and vital. Its illumination of a world unfamiliar to most shows us how individuals will fight to retain their humanity in the face of atrocity. -- Claire Messud ― Bookforum

Beneath the Lion's Gaze is an important novel, rich in compassion for its anguished characters -- Lorraine Adams ― New York Times Book Review

Maaza Mengiste was born in Addis Ababa, Ethiopia, and graduated with an MFA in Creative Writing from New York University. A recent Pushcart Prize nominee, she was named "New Literary Idol" by New York Magazine. Her work has appeared in The Baltimore Review, Ninth Letter and 42opus, has been translated and published into German and Romanian for Lettre International, and can be found in the Seal Press anthology Homelands: Women's Journeys Across Race, Place and Time. She has received fellowships from Virginia Center for the Creative Arts and Yaddo. She currently lives in New York.

Start reading Beneath the Lion's Gaze on your Kindle in under a minute.

4.4 out of 5 stars
4.4 out of 5
188 global ratings
How are ratings calculated?
To calculate the overall star rating and percentage breakdown by star, we don’t use a simple average. Instead, our system considers things like how recent a review is and if the reviewer bought the item on Amazon. It also analyses reviews to verify trustworthiness.
Top reviews

S
1.0 out of 5 stars Got a different book😑
Reviewed in India on 8 October 2020
Verified Purchase
Lol received a manga in its place! 😑
Read more
Helpful
Report abuse
See all reviews

catsholiday
4.0 out of 5 stars A very emotional modern historic read
Reviewed in the United Kingdom on 27 February 2020
Verified Purchase
I read this while in Ethiopia so it brought to life the facts I was hearing from our guide. I didn't know a lot about Ethiopia before my visit but do remember the famine in the northern region and Live Aid concert.

I knew Haile Selassie was in exile in England and returned to lead his people but was assassinated but didn't know much beyond that.

This book is based on the student uprising to depose Haile Selassie which was then taken over by a military dictatorship backed by Cuba, Russi and other communist countries - known as the Derg.

This was a period of horror with innocent people being held in prison, tortured and thousands slaughtered for no reason at all except they were in the wrong place at the wrong time.

This book tells the horrific story and pulls no punches. Description are graphic really made me feel emotionally wrought and so grateful I was not living in Ethiopia at the time.
Read more
Report abuse

Michael Gibbons
5.0 out of 5 stars Amazing writing.
Reviewed in the United Kingdom on 15 November 2019
Verified Purchase
This is a truly wonderful novel. Set in 1970's Ethiopia, war and terror are rife. The story manages manages to convey the loves and losses of a family without losing anything of the tragedy and nobility which survives so much atrocity.
Read more
Report abuse

Miriana Ponte
4.0 out of 5 stars The Ethiopian Revolution
Reviewed in the United Kingdom on 13 August 2020
Verified Purchase
A family story set in the context of the early days of the deposition of Emperor Haile Selassie. Lucidly written and interesting reading, a masterly intersecation of the public and the private. Highly recommended.
Read more
Report abuse

Amazon Customer
5.0 out of 5 stars A brilliant book!
Reviewed in the United Kingdom on 16 September 2019
Verified Purchase
A brilliant book. For me fiction in this book are only the characters of the story. Almost ever detail of the story itsef refers to the real live story of many Ethiopians. History is captured and told to the world. The lives of the victims are hounered.
Read more
Report abuse

LRKS
4.0 out of 5 stars Interesting read
Reviewed in the United Kingdom on 3 March 2018
Verified Purchase
interesting read
Read more
One person found this helpful
Report abuse
See all reviews
Back to top
Get to Know Us
Connect with Us
Make Money with Us
Let Us Help You
EnglishChoose a language for shopping.
© 1996-2021, Amazon.com, Inc. or its affiliates