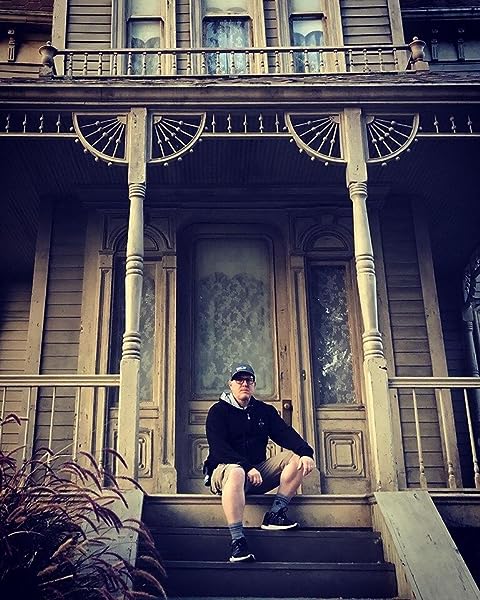 Beneath a Pale Sky collects eight stories of horror, including two original novellettes, that will take you from the high-security ward of a mental hospital to the top of a Ferris Wheel on an ocean pier. These stories will bury you in the rubble of an earthquake, pull back the veil on a soul's journey into the afterlife, and turn a small midwestern town into the secret domain of cross-dimensional gods. Combining old-school horror with the modern weird, Philip Fracassi will take you places you've never been before, and show you sights you won't soon forget.The supernatural intrudes upon a wedding; a pier becomes the site of tragedy; a collapsed building is only the start of the nightmare for those trapped in the ruins; a scientist who makes the discovery of a lifetime, only to find out that what he's unearthed has dire consequences not only for himself, but for all of mankind.

"This is a must-read collection for those who enjoy horror in its short form by authors who can morph two-dimensional words on the page into very real terror from which readers cannot hide, even if they want to." - Booklist

"Fracassi draws you in with a hand as sure as the tap of an orchestra conductor's baton. The stories in Beneath a Pale Sky are elegant, unsettling, and beautifully wrought. One of the best collections I've read in a long while." - Christopher Golden, New York Times-bestselling author of Ararat and Red Hands

"Philip Fracassi is an artist who paints with words...I don't know if I've ever read a book that left me with so many striking images. These are finely crafted stories, timeless and original." - Zoje Stage, USA Today-bestselling author of Baby Teeth and Getaway

"This one's an essential read for horror fans, but readers of all stripes will find grace, humor, and some thoughtful reflections on life and death here." - Library Journal, starred review

Philip Fracassi is an author and screenwriter living in Los Angeles.

Josh Malerman is an American novelist, short story writer, film producer, and one of two singer/songwriters for the rock band The High Strung. He is best known for writing his post-apocalyptic novel, Bird Box.

Start reading Beneath a Pale Sky on your Kindle in under a minute.

Philip Fracassi is an award-winning author and screenwriter.

His debut collection of stories, BEHOLD THE VOID, was named "Story Collection of the Year" by both This Is Horror and Strange Aeons Magazine. LOCUS Magazine said it "...recalls the work of writers such as McCammon, King, and Bradbury."

His second collection, BENEATH A PALE SKY, received a starred review from Library Journal, and Booklist called it a "must read collection." In his introduction, Josh Malerman calls it "a book for the ages."

His debut novel, BOYS IN THE VALLEY, will premier on Halloween, 2021, from Earthling Publications.

His stories have appeared in multiple magazines and anthologies, including BEST HORROR OF THE YEAR, BLACK STATIC, CEMETERY DANCE, and NIGHTMARE MAGAZINE. His work has been favorably reviewed by The New York Times, Rue Morgue Magazine, LOCUS Magazine and many others.

His produced screenplays have been distributed by Lifetime Television and Disney Entertainment.

Philip lives with his family in Los Angeles, California.

4.2 out of 5 stars
4.2 out of 5
6 global ratings
How are ratings calculated?
To calculate the overall star rating and percentage breakdown by star, we don’t use a simple average. Instead, our system considers things like how recent a review is and if the reviewer bought the item on Amazon. It also analyses reviews to verify trustworthiness.
Top reviews

Movie Lover
5.0 out of 5 stars Brilliant book
Reviewed in the United States on 4 August 2021
Verified Purchase
I've loved Fracassi's writing for some time, but this compilation takes things to a new level. Brilliant storytelling, fascinating characters and situations. I'll be reading all of Fracassi's books from now on. Highly recommended.
Read more
5 people found this helpful
Report abuse

BigOrangeDave
4.0 out of 5 stars Memorable
Reviewed in the United States on 3 December 2021
Verified Purchase
There are some very powerful and disturbing images in these stories. Waking up under a building that collapsed in an earthquake, being friends with death, watching a plane just miss your Ferris wheel are just a few that you won’t forget easily.

That being said; the final image from the last story was a perfect way to end the book. A most positive and encouraging note.
Read more
2 people found this helpful
Report abuse

Anonymous
5.0 out of 5 stars A great new collection by Fracassi
Reviewed in the United States on 25 June 2021
Verified Purchase
I really enjoyed Fracassi’s last collection, Behold the Void, and this follow up does not disappoint. Fracassi is skilled at blending horror with a more literary style. “Harvest” was a stand out for me.
Read more
4 people found this helpful
Report abuse

D.OA
2.0 out of 5 stars Interesting concepts, but verbose and formulaic
Reviewed in the United States on 12 December 2021
Verified Purchase
I only read the first 3 stories. I wanted to like them, but the characters and situations followed an obvious pattern: girl in love, or finding love, trouble finding her, and she finding a way out of trouble. Plus they were unnecessarily long reads. Not for me.
Read more
One person found this helpful
Report abuse
See all reviews
Back to top
Get to Know Us
Connect with Us
Make Money with Us
Let Us Help You
EnglishChoose a language for shopping.
© 1996-2022, Amazon.com, Inc. or its affiliates