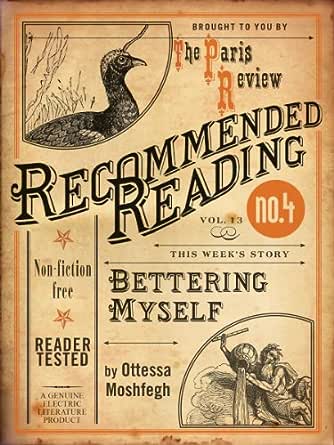 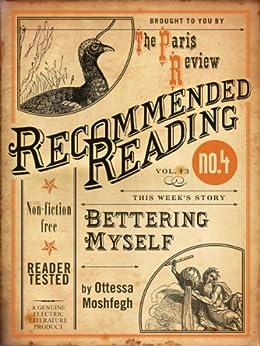 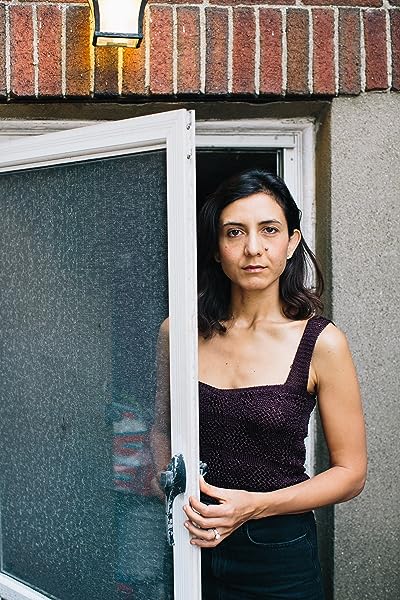 3.7 out of 5 stars
3.7 out of 5
7 global ratings
How are ratings calculated?
To calculate the overall star rating and percentage breakdown by star, we don’t use a simple average. Instead, our system considers things like how recent a review is and if the reviewer bought the item on Amazon. It also analyses reviews to verify trustworthiness.

mandi symonds
4.0 out of 5 stars Just the opposite
Reviewed in the United Kingdom on 9 December 2016
Verified Purchase
I didn't realise it was a short story,my mistake, so I was disappointed when it ended. However an acrid ,stinging account of addiction from inside the mind of a functioning alcoholic falling to rock bottom with no redemption. Filthy,sad and insightful.
Read more
Report abuse

dewey pearl
3.0 out of 5 stars Nice story
Reviewed in the United States on 1 April 2018
Verified Purchase
It's a short story, not a novel. It's typical moshfegh craziness, which is always fun but leaves one wondering..... What possible hope is there for this person?
Read more
Report abuse

shelley brousseau
1.0 out of 5 stars Not mine
Reviewed in the United States on 31 December 2019
Verified Purchase
Never bought this
Read more
Report abuse

Gene Linetsky
5.0 out of 5 stars Ottessa Moshfegh is a discovery...
Reviewed in the United States on 25 February 2015
Verified Purchase
...that only happens a few times in a lifetime. It would be a pity to die before she does and thus miss what she will have written.
Read more
11 people found this helpful
Report abuse
See all reviews
click to open popover
Unlimited FREE fast delivery, video streaming & more
Prime members enjoy unlimited free, fast delivery on eligible items, video streaming, ad-free music, exclusive access to deals & more.
> Get started
Back to top
Get to Know Us
Connect with Us
Make Money with Us
Let Us Help You
EnglishChoose a language for shopping.
© 1996-2020, Amazon.com, Inc. or its affiliates