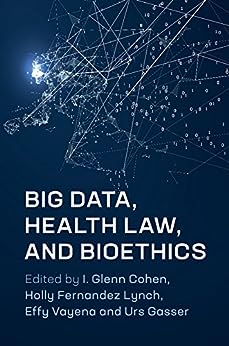 I. Glenn Cohen is one of the world's leading experts on the intersection of bioethics and the law, as well as health law. He also teaches civil procedure. He is the author of more than 80 articles in venues like the New England Journal of Medicine, JAMA, Nature, and the Harvard Law Review, and the author, editor, or co-editor of eight books. He has appeared on or been covered by PBS, NPR, ABC, CNN, MSNBC, Jones, the New York Times, the New Republic, the Boston Globe, among other media venues. He has been a Radcliffe Institute and Hastings Center Fellow.

Holly Fernandez Lynch is an expert on issues at the intersection of law, bioethics, and health policy, in particular the regulation of research with human subjects and conflicts of conscience in health care. She published Conflicts of Conscience in Health Care: An Institutional Compromise (2008), and has released several co-edited volumes. In 2014, she was appointed as a member of the Secretary's Advisory Committee on Human Research Protections (SACHRP), US Department of Health and Human Services. She previously practiced FDA law, served as a bioethicist working with NIH's Division of AIDS, and staffed President Obama's Commission for the Study of Bioethical Issues.

Effy Vayena, Ph.D., is an international expert on issues of ethics and policy in new health technologies. Her work has appeared in highly ranked journals such as the Lancet, PLoS Medicine and Proceedings of National Academies of Science. She has worked extensively in policy areas consulting for the World Health Organization and the Organization of Economic Co-operation and Development amongst others. She was elected member of the Swiss Academy of Medical Sciences and she chairs the Ethical, Legal and Societal Issues Advisory group of the newly established Swiss Personalised Health Network, a large scale, federally funded national program.

Urs Gasser is the Executive Director of the Berkman Klein Center for Internet and Society at Harvard University and a Professor of Practice at Harvard Law School. He serves on the boards of the NEXA Center for Internet & Society at the University of Torino, the Research Center for Information Law at the University of St Gallen, and the International Advisory Board of the Alexander von Humboldt Institute for Internet and Society in Berlin. He is a Fellow at the Gruter Institute for Law and Behavioral Research. Dr Gasser has written and edited several books, and published over 100 journal articles. --This text refers to the hardcover edition.

This book explores the legal and ethical implications - both challenges and opportunities - of using big data in health care and research. --This text refers to the hardcover edition.