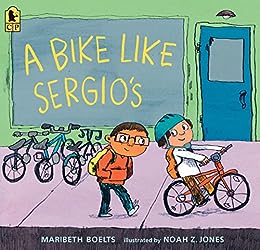 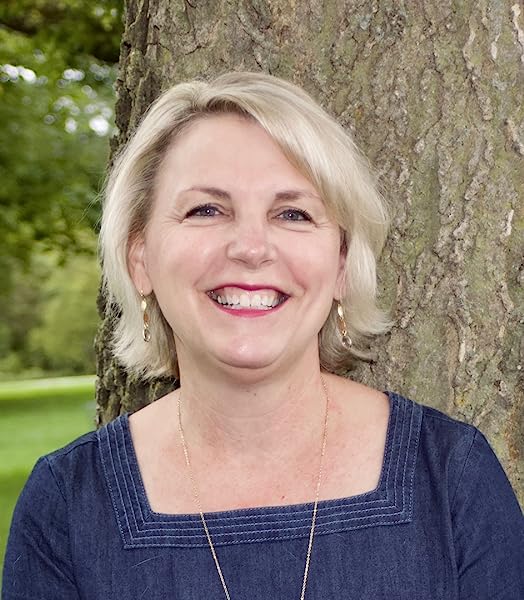 “Boelts lays out Ruben’s ethical dilemma and emotional turmoil without preaching, and his struggle toward the moral choice . . . is both dramatic and genuine.” — Publishers Weekly (starred review)

Ruben feels like he is the only kid without a bike. His friend Sergio reminds him that his birthday is coming, but Ruben knows his family can’t afford that. So when Ruben sees a dollar bill fall out of someone’s purse, he picks it up and puts it in his pocket. But when he gets home, he discovers it’s not one dollar or even five or ten — it’s a hundred-dollar bill, more than enough for a new bike just like Sergio’s! Finders keepers, right? Presenting a relatable story with subtlety and heart, the creative team behind Those Shoes pairs up again for a story about how hard it can be to do the right thing.

Boelts lays out Ruben's ethical dilemma and emotional turmoil without preaching, and his struggle and journey toward the moral choice--which includes an interlude in which he believes he has lost the money--is both dramatic and genuine. Jones's mixed-media illustrations capture the scuffed-up feel of Ruben's urban neighborhood, as well as the sweet earnestness of the bespectacled hero and his multiracial family. "I am happy and mixed up, full and empty, with what's right and what's gone," says Ruben after returning the money. Readers will second those emotions.
--Publishers Weekly (starred review)

This tale of temptation, ethics, guilt, and family love is firmly grounded in the economic realities of today, as was the earlier collaboration between Boelts and Jones, Those Shoes (rev. 11/07)...The resolution is realistic for a kid with a loving, supportive fam- ily, and it leaves plenty of room for talking about what is most important in life from an authentically childlike perspective.
--Horn Book

Continuing from their acclaimed Those Shoes (2007), Boelts and Jones entwine conversations on money, motives, and morality...Embedded in this heartwarming story of doing the right thing is a deft examination of the pressures of income inequality on children.
--Kirkus Reviews

The colorful mixed-media illustrations show a well- appointed school and a friendly urban setting with just the right amount of detail to allow the important interpersonal dynamics to be front and center.
--Booklist

The art, digitally assembled line and watercolor with touches of pencil, has some of Brian Karas' homey naïveté but a texture and portraiture all its own, and the carefully chosen details of school, grocery, and home backgrounds effectively set the stage. Sure to elicit discussion among kids, this is a morality play that strikes at the heart.
--Bulletin of the Center for Children's Books

Parents of all economic backgrounds can use this selection to start a conversation about right and wrong.
--School Library Journal

Maribeth Boelts's A Bike Like Sergio's honestly, lyrically captures the heat, sweat and rollercoaster nature of a child's ethical dilemma. Noah Z. Jones's watercolor, pen and ink artwork has a free and sketchy style, expressive and thoroughly charming. A true stand-out from the author-illustrator team behind Those Shoes.
--Shelf Awareness for Readers

A good one to share with children. Let them think on it a while. And then some.
--Kirkus Reviews (blog)

Maribeth Boelts captures the agony of a moral dilemma in "A Bike Like Sergio's," a picture book for 5- to 8-year-olds...Noah Z. Jones's expressive, naïve illustrations reinforce the sincerity of a boy's valiant struggle with temptation.
--The Wall Street Journal

Maribeth Boelts is the author of numerous books for children, including Those Shoes, a previous collaboration with artist Noah Z. Jones, and Happy Like Soccer, illustrated by Lauren Castillo. She lives with her family in Cedar Falls, Iowa.

Noah Z. Jones is the illustrator of Those Shoes by Maribeth Boelts as well as Not Norman: A Goldfish Story by Kelly Bennett, The Monster in the Backpack by Lisa Moser, and Welcome to the Bed and Biscuit by Joan Carris. He lives in Glendale, California.

Maribeth Boelts lives in Iowa and has been writing for children for over 25 years. Her titles, "Those Shoes", "Happy Like Soccer", "A Bike Like Sergio's" and "Before You Were Mine" have won a number of awards, with "Those Shoes" in its 30th printing. An early reader from Random House, "The Gingerbread Pup", as well as two picture books, "Kaia and the Bees" and "The Purple Puffy Coat" with Candlewick Press, have recently been published. A former teacher, Maribeth loves meeting and encouraging kids to read and write. "It is, in equal parts, an enthralling and confusing quest trying to crack the code on what makes a child pull a book off the shelf and continue turning the page. Figuring out what makes that same child laugh, feel understood or inspired is what keeps this career ever- interesting. I am so grateful for every reader, and potential new writer."

4.9 out of 5 stars
4.9 out of 5
362 global ratings
How are ratings calculated?
To calculate the overall star rating and percentage breakdown by star, we don’t use a simple average. Instead, our system considers things like how recent a review is and if the reviewer bought the item on Amazon. It also analyses reviews to verify trustworthiness.

Amazon Customer
5.0 out of 5 stars What a great story!
Reviewed in Canada 🇨🇦 on 29 October 2019
Verified Purchase
I love reading this book to my son! I bought it after attending Andrian Gear's workshop on Reading Power. Such a good story to teach your kids!
Read more
Report abuse

MDMama
5.0 out of 5 stars Feels very true to life for a kid; the integrity dilemma is powerful
Reviewed in the United States 🇺🇸 on 29 February 2020
Verified Purchase
Ruben is a kid from a family who-- as you learn throughout the story-- doesn't have much money. At one point in the book, Ruben observes as his mom makes a grocery list, then counts the money she has and has to cross items off the list. Just that piece alone is a little bit heartbreaking.

Ruben's friends, including his best friend Sergio, have bikes and pedal laps around him as Ruben walks. His family can't afford a bike and he knows it. He doesn't complain or whine about it; his longing is palpable, but he realizes that his family is simply not in the financial position to get him a bike.

Through a stroke of luck (whether it's good or bad depends on which side of the story you're on), Ruben sees a lady at a grocery store drop what he thinks is a $1 bill. He picks it up and when he looks up, the grocery patron is gone and he doesn't chase after her. Later, at home, he realizes that the bill isn't $1, but rather $100, and thus begins the internal battle for Ruben. Should he do the right thing and try and give the money back? But if he kept it, he could get the bike he's always wanted. But if he does that, he'd have to explain where he got the money for the bike.

Ultimately, Ruben does the right thing, but the struggle to get there feels very true to life for a kid his age (maybe 8-10?). Even when he does do the right thing, he acknowledges that even though he feels good for giving the money back to its rightful owner, there's still an emptiness of losing the promise of something he had wanted for a long time.

This is a great story for teaching integrity and how the right decision isn't necessarily the easiest one or the one that feels the best in the moment. This story started a dialog between my kids (6 and 4) and I about doing the right thing, honesty, wanting things you can't have right now, jealousy, empathy, and poverty-- all very important topics. I highly recommend this to all parents of kids 4-10.
Read more
3 people found this helpful
Report abuse

Samantha Miller
5.0 out of 5 stars Thumbs up from my 4th graders!
Reviewed in the United States 🇺🇸 on 20 June 2022
Verified Purchase
I thought the story would be too “young” for them, but my fourth grade students enjoyed it and came up with the lesson/moral themselves!
Read more
Report abuse

Marie
5.0 out of 5 stars awesome book
Reviewed in the United States 🇺🇸 on 5 February 2019
Verified Purchase
I highly recommend this book. I have used it in my 1st grade classroom by leading with the question, "Do you believe in finders keepers"? This sparks great discussion. The story really gets kids thinking about doing the right thing. One of my new favorite books!
Read more
One person found this helpful
Report abuse
See all reviews
Report an issue
Does this item contain inappropriate content?
Report
Do you believe that this item violates a copyright?
Report
Does this item contain quality or formatting issues?
Report