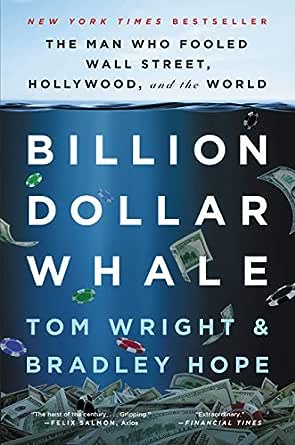 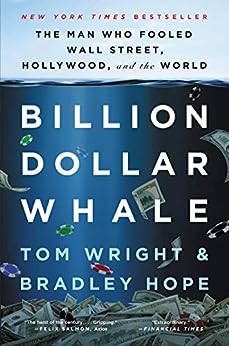 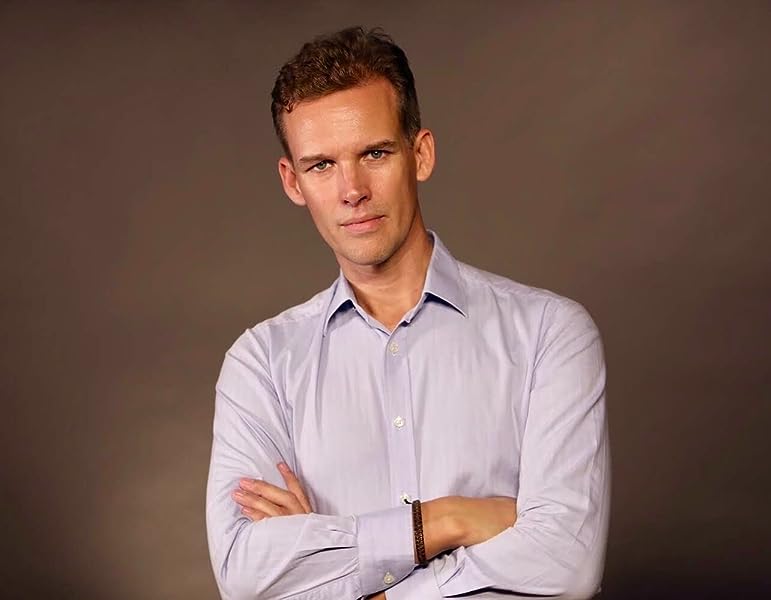 A Financial Times Best Book of 2018

A Fortune magazine Best Book of 2018

"As Bad Blood is to biotech, Billion Dollar Whale is to international finance... a wonderful read... Thrilling."―Bill Gates

"What a blast to read! A true life thriller that reads like a Hollywood movie, Billion Dollar Whale traces the exploits of the most mercurial, mysterious big player in history. Jho Low is Gatsby with twice the bank account and ten times the ambition, and the stories surrounding his exploits leap right off the page!"―Ben Mezrich, New York Times bestselling author of The Accidental Billionaires and Bringing Down The House

"Wright and Hope deliver a scintillating and prodigiously reported tale of a globe-spanning modern Gatsby and his audacious fraud."―Jesse Eisinger, Pulitzer Prize-winning reporter for ProPublica and author of The Chickenshit Club

"This story of a Wharton graduate who carried out the $5 billion swindle known as 1MDB offers a textbook case of financial fraud in the modern age."―New York Times


"An incredible story.... If you need some billionaires to despise--look no further than these charlatans."―Alexis Ohanian, co-founder of Reddit

"Just finished reading Billion Dollar Whale and was blown away. I thought I had seen it all with Russian kleptocracy, but the story of the money stolen in Malaysia in 1MDB and all the enthusiastic Western enablers was unbelievable."
―Bill Browder, #1 New York Times bestselling author of Red Notice

"Even the most skilled fiction writer would have trouble conjuring the corrupt and colorful protagonist of Billion Dollar Whale. Bradley Hope and Tom Wright's gripping portrait of Jho Low and his enablers throughout the global financial system will both fascinate and enrage you."―Sheelah Kolhatkar, staff writer at The New Yorker and New York Times bestselling author of Black Edge --This text refers to an alternate kindle_edition edition.

Tom Wright was one of the first journalists to arrive at the scene of the raid in which Navy SEALs killed Osama bin Laden. In 2013, he spearheaded coverage of the collapse of the Rana Plaza factory in Bangladesh, which killed over 1,000 people, earning the Wall Street Journal a Sigma Delta Chi award from The Society of Professional Journalists. He is a Pulitzer finalist, a Loeb winner, and has garnered numerous awards from the Society of Publishers in Asia, which in 2016 named him "Journalist of the Year." He speaks English, Malay, French and Italian.

Bradley Hope has worked for the Wall Street Journal for the last four years, covering finance and malfeasance from New York City and London. Before that, he spent six years as a correspondent in the Middle East, where he covered the Arab Spring uprisings from Cairo, Tripoli, Tunis, and Beirut. He was detained by authorities in Bahrain, reported from the front lines of the Libyan civil war, and has been teargassed in raucous Egyptian protests. Bradley is a Pulitzer finalist and a Loeb winner, and also author of Last Days of the Pharaoh, a chronicle of the final days and hours of the presidency of Hosni Mubarak. --This text refers to an alternate kindle_edition edition.

An epic true-tale of hubris and greed from two Wall Street Journal reporters, detailing one of the greatest fraud stories in history--how a young social climber embezzled billions of dollars right under the noses of the global financial industry, exposing the shocking secret nexus of elite wealth, banking, Hollywood, and politics. --This text refers to an alternate kindle_edition edition.
Read more

4.5 out of 5 stars
4.5 out of 5
626 global ratings
How are ratings calculated?
To calculate the overall star rating and percentage breakdown by star, we don’t use a simple average. Instead, our system considers things like how recent a review is and if the reviewer bought the item on Amazon. It also analyses reviews to verify trustworthiness.

sudhir
5.0 out of 5 stars Tale of greed and audaciousness
Reviewed in India on 5 September 2020
Verified Purchase
This is a story of greed of big corporations, how they let go of good practices and risk management when the carrot dangles in front. Basically big institutions also go rogue and seems in cohorts with the swindler. Everyone has a price, show the money and they will dance. Big stars of hollywood , big league bankers all have feet of clay.
The way the story has been told is quite fascinating, seems like a fast paced thriller. I enjoyed reading it.

Ajay
4.0 out of 5 stars Read if you are interested in global finance and emerging markets
Reviewed in India on 6 June 2020
Verified Purchase
Gripping tale of how Jho Low, a man with little experience, was able to defraud the Malaysian state with the connivance of the Malaysian PM and a global cast of crooks from sovereign wealth fund managers, to Middle Eastern royals to shady bankers globally.
Read more
Helpful
Comment Report abuse

Chris Pohl
5.0 out of 5 stars Spell bounding
Reviewed in India on 17 August 2020
Verified Purchase
No fiction writer could have imagined such a storyline - greed has no boundaries I just hope that those big players involved get their just dues.
Read more
Helpful
Comment Report abuse

Girish Patel
5.0 out of 5 stars Money can test your patience towards It.
Reviewed in India on 11 May 2019
Verified Purchase
A must read for people interested in money heist n siphoning it through various manner which ultimately controlled by him only.
Read more
One person found this helpful
Helpful
Comment Report abuse

sameer deshmukh
5.0 out of 5 stars Lust for money..Jho Najib and Goldman
Reviewed in India on 4 May 2020
Verified Purchase
Just amazing. Developing country's corruption aided by developed country's corrupt institutions under the garb of capitalism. Hats off to the authors.
Read more
Helpful
Comment Report abuse

Ramanan
5.0 out of 5 stars Very absorbing and well Researched book.
Reviewed in India on 7 January 2019
Verified Purchase
Amazing to figure out what greed can do to ones morality and how unscrupulous people can get to make money and moreover flaunt it.
Read more
One person found this helpful
Helpful
Comment Report abuse
See all reviews

Vuthy Chrun
5.0 out of 5 stars Greed can bring you very far
Reviewed in Canada on 29 January 2020
Verified Purchase
This very well-researched and immensely-entertaining book shows in plain sight that greed transcends race, religion, geography and gender. In fact, greed is the common denominator of humankind.
A must-read book if you want to know how raw greed can make people do what they did.

prodi12
5.0 out of 5 stars Couldn't stop reading it
Reviewed in Canada on 23 June 2020
Verified Purchase
This book was exhilarating and super fun to read. As bad and illegal as the actions taken by John Low and his associates in carrying out all these frauds against the Malaysian people (essentially adding on to the public debt burden of ordinary Malaysians), you just can't stop being amazed at how crazy everything sounds and how even crazier that everything actually worked out. Of course, everything came all crashing down almost a decade later but the fact that this grand heist even took place is unbelievable. Highly recommended book.
Read more
Report abuse

strawdust
5.0 out of 5 stars Fascinating insight into a big scam
Reviewed in Canada on 20 June 2019
Verified Purchase
Well written. Good insight into how the trickery developed into the billion dollar government swindle. Kickbacks, bribes, wild extravagant parties. This has it all. Sad for the people who end up paying the costs.
Read more
Report abuse

Sue
4.0 out of 5 stars Good but difficult read
Reviewed in Canada on 14 September 2020
Verified Purchase
Difficult read. So many names. I supposed if you had followed the story in the news it would made more sense. Although it was a slow read for me I enjoyed the story. Amazed how he got away with so much for so long. This would make a good movie or Netflix series.
Read more
Report abuse
See all reviews
click to open popover
Unlimited FREE fast delivery, video streaming & more
Prime members enjoy unlimited free, fast delivery on eligible items, video streaming, ad-free music, exclusive access to deals & more.
> Get started
Back to top
Get to Know Us
Connect with Us
Make Money with Us
Let Us Help You
EnglishChoose a language for shopping.
© 1996-2020, Amazon.com, Inc. or its affiliates