<![endif]--> Skip to main content
Bottle of Lies : Ranbaxy and the Dark Side of Indian Pharma and over 2 million other books are available for Amazon Kindle . Learn more
Share 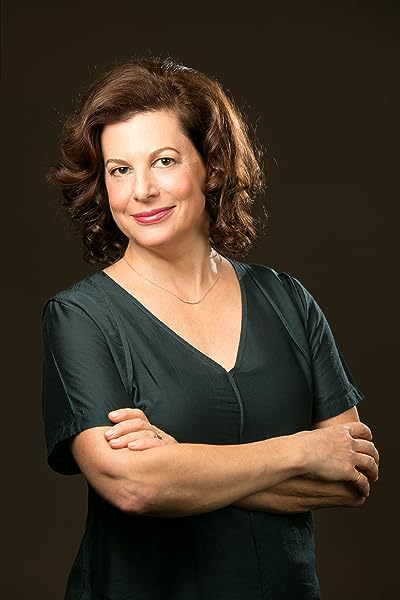 Bottle of Lies : Ranbaxy and the Dark Side of Indian Pharma Hardcover – 10 Jul 2019

Katherine Eban, an investigative journalist, is a Fortune magazine contributor and Andrew Carnegie fellow. She has also written for Vanity Fair, the New York Times, Self, The Nation, the New York Observer, and other publications. She is the author of Dangerous Doses: A True Story of Cops, Counterfeiters, and the Contamination of America’s Drug Supply, and lectures frequently on the topic of pharmaceutical integrity. Educated at Brown University and Oxford, where she was a Rhodes scholar, she lives in New York City with her husband and two daughters.

Start reading Bottle of Lies : Ranbaxy and the Dark Side of Indian Pharma on your Kindle in under a minute.

Clickred
5.0 out of 5 stars Astonishing.. a must read.
30 July 2019
Format: HardcoverVerified Purchase
Being from healthcare background, I have seen first hand, how small and medium sized pharma mfr plants skirt the rules and try to hide things from local FDA; and in cases where they can't, the inspectors are handsomely rewarded to look away. But to read about this to be happening on really big multinational Indian pharma companies like Ranbaxy, Wockhard, Dr Reddy's, etc is nothing short of astonishing and depressing.

While one always wants to believe that Indian companies would never sell substandard products in India, this books makes me think... why not? If they don't have any ethical bone to stop from doctoring every kind of documentation to skirt the rules for profits., what is stopping them to do the same in Indian market... Indian FDA!

Well researched and told, this is a must read for every Indian.

Monishka
5.0 out of 5 stars When truth hits hard; a depressing read
31 August 2019
Format: HardcoverVerified Purchase
Well researched book. Equally hard hitting. It is a pity that we have to learn about this from an American author...Indian media is occupied elsewhere.
Ranbaxy was a revered brand in my childhood. Sad to realize how many people and families accross nations were directly and indirectly impacted because of the malpractices and continue to be impacted. Not just in India but the big shot companies in US are also not squeaky clean. Reading about all the generic companies in India was an eye opener. This book literally shook my core. I dont know what to trust anymore. If you have a sick person in your family who consumes lots of medicines after reading this book you will be constantly worried about their health and the side effects of medicines consumed.

I have read better books... I have read sadder stories but this is the first book which made me cry inconsolably. Maybe because my mother has been dependent on medicines for too long and the book struck a personal cord. Guess I would never know if my mother is not recovering because of ill suited low quality contaminated medicines. My questions will remain unanswered. Ohh the lies we have been fed. Is there any hope for tomorrow? Is there a way out? When no company can be trusted what should we consume?

MN
5.0 out of 5 stars Bold and thrilling!
29 July 2019
Format: HardcoverVerified Purchase
It is a book every person should read. Lack of Documentation and unethical deeds, which are unfortunately parasiting every walk of life has corrupted medicine too. Is it not birth right for anyone in the world to stay healthy! Why do industrialists corrupt and play with lives? This book is a bold and thrilling account of all this.
Read more
13 people found this helpful
Helpful
Comment Report abuse

Subramanian Seshadri
4.0 out of 5 stars Detailed and analytical work.Good read.
22 August 2019
Format: HardcoverVerified Purchase
The author has taken a lot of effort and pains to put together
a good book exposing the lies of Ranbaxy and a few other
Pharma companies.It takes two for a tango! The FDA's part
Is equally shoddy.It is seen as inefficient or corrupt or both.
It took a whistle blower from India to unearth all the lies at
Ranbaxy.Not creditable enough for FDA.And people consider
it to be a gold standard.That the promoters of Ranbaxy could
cheat FDA and Daiichi Sankyo and still go scot free and now
living a life of luxury makes one's blood boil! The cover of the
book should read as " the dark side of Ranbaxy and FDA".
Both are guilty.A good read and it certainly puts a fear of
taking cheap generic drugs.
Read more
4 people found this helpful
Helpful
Comment Report abuse

B.Sudhakar Shenoy
5.0 out of 5 stars The honest always stand alone
19 October 2019
Format: HardcoverVerified Purchase
A few decades ago, a poor man in India, suffering from tuberculosis is prescribed a tablet of antibiotic costing about a Dollar, to be taken after his meal. The problem was that the man earned only a Dollar a day, and the dilemma was whether he should have his meal or the medicine. This was perhaps the case with most poor patients not only in India but in most developing nations. Health care was elusive, and if available, prohibitively expensive. Today, most lifesaving prescription drugs that are priced in Dollars in USA cost the same but in Rupees in India. (1 USD = Rs 71 approx. One can imagine the cost differential and affordability of generics developed by Indian pharma companies.) While the argument for protecting Intellectual Property is tenable, the fact that science should serve the overall good of humanity, especially the diseased and downtrodden, was at the core of Gandhiji’s thinking.

The situation was no different in USA, where branded drugs, were prohibitively expensive. The Hatch-Waxman act of 1984 was a landmark legislation that enabled low cost, high quality generic drugs, that brought healthcare closer to humanity. Till this point, I too was a champion of generic drugs, till I read this book.

What if the low-cost generics are also low in quality? What if these drugs lack efficacy and are ineffective in curing the disease? What if the drugs contain impurities that are hazardous? What if these drugs are counterproductive, and result in patient deaths? What if poorer countries that have higher need for life saving drugs are shipped the worst quality of drugs? A nightmare indeed, even if a fraction of this is true.

Now, what if these substandard drugs are manufactured in India, our homeland and exported worldwide. Personally, I felt ashamed and simultaneously angry, after reading page after page of unscrupulous factories of fraud, run by unscrupulous owners and managers, who profiteer at the expense of global health, and national pride. This book not only open our eyes, but gives sleepless nights, with a gripping narrative of what ails the generic pharma industry in India.

This book brings out company wide cultures of cheating, that is mentioned as ‘Indian Culture’ and ‘Jugaad’. Frauds are often cases of individuals gone astray. But here we find entire companies, in collusion with the regulators and bureaucracy. It appears to be a disease that has eaten into the entire system. ‘Everyone does it’ is a common excuse that we often hear from those who willfully violate the law. In addition, the culture of meek deference to those in authority, with fear of reprisal, isolation and even threat to personal safety keeps prospective whistle-blowers at bay. Hence, the ‘Chalta hai’ attitude becomes ubiquitous and keeps thriving profitably.

What is also shocking is that the FDA of United States, is not only seemingly understaffed and overloaded to stop this menace through stricter surveillance, but here too, the collusion between capitalists, politicians and bureaucracy renders it a paper tiger in most cases. The agency is under pressure to approve generics to avoid shortages. Evidence suggests that there were more than 100 cases of dilution of inspection reports from a stricter OAI (Official Action Initiated) to VAI (Voluntary Action Initiated) by FDA. So much about concern for patient safety at the agency meant to be the custodian of the law.

When India has embarked on a new phase of economic transformation and growth through ambitious initiatives like Make in India, this book comes as a shocker. Even if the contents of the book are not entirely true, it is safe to assume that the situation needs to be addressed at the highest level in Government with a strong political will to enact appropriate legislations to crack down on malpractices, protect and reward whistle blowers and usher in world class processes. Let us work to make India great again.

What stands out in this book is relentless pursuit of truth, the courage of conviction, flawless character and endurance under severe stress, of whistle blower Dinesh Thakur. At the USFDA, Peter Baker and Debbie Robertson stand tall with thorough professionalism and immaculate standards that uphold the core values of the organization they work for. It is these men and women who make a big difference, even at the cost of great personal sacrifice and challenges. The honest are few and far between. They always stand alone. But when history is written, humanity stands in salute with gratitude for their sacrifices, even if they are unnamed and unsung. Satyameva Jayate. JAI HIND.
Read more
3 people found this helpful
Helpful
Comment Report abuse

Rasmiranjan nayak
5.0 out of 5 stars How JUGAD & lax attitude has destroyed INDIA. Every passing day it's taking us nowhere.
31 July 2019
Format: HardcoverVerified Purchase
Its really must read for all . Nation will be stronger with high moral values rather with "chalta hai" attitude. When cronis think they can screw the consumer and destroy the system ..dont forget TRUTH and KARMA will catch you one day.
Read more
4 people found this helpful
Helpful
Comment Report abuse
There are 57 customer reviews and 103 customer ratings.
See all 57 customer reviews
Write a product review

Go to Amazon.com to see all 4 reviews 5.0 out of 5 stars
Unlimited FREE fast delivery, video streaming & more
Prime members enjoy unlimited free, fast delivery on eligible items, video streaming, ad-free music, exclusive access to deals & more.
> Get started
Back to top
Get to Know Us
Connect with Us
Make Money with Us
Let Us Help You
EnglishChoose a language for shopping.
© 1996-2020, Amazon.com, Inc. or its affiliates