Skip to main content
The Brand Called You and over 2 million other books are available for Amazon Kindle . Learn more
Share <Embed>

Sold by: Booksdesk
Have one to sell?
Sell on Amazon 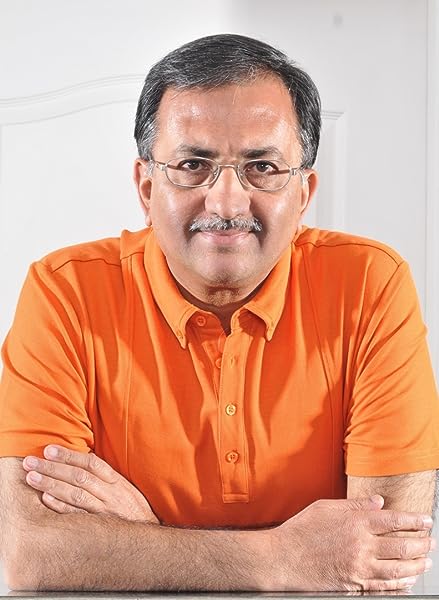 Ashutosh Garg, an MBA, has worked in the corporate sector for twenty-five years. He was associated with ITC Limited for seventeen years, leaving in 1995 as the managing director of one of the ITC Group companies, based in Singapore. Thereafter, he spent eight years in the aerospace industry, four years each with Lockheed Martin and Hughes, running their satellite systems in Asia.

Ashutosh founded Guardian Pharmacy in 2003, and grew it to the second largest pharmacy chain in India and also brought in GNC as a partner to India. He exited the company he founded in August 2016 but continues to be on the board. A certified executive coach, Ashutosh coaches and mentors several CEOs in India on strategic planning, personal accountability, people, and culture issues. He has served as a director of the GAVI Vaccine Alliance, headquartered in Geneva for eight years. He is the chairman of Bizdome, a start-up incubator of the Indian Institute of Management (IIM), Rohtak. He has also served on the Advisory Council of the Centre for Policy Research and is a board member of several companies.

In January 1995, Ashutosh was recognized as a Global Leader for Tomorrow by the World Economic Forum, Switzerland. He is an active member of the Young Presidents' Organization and is the current chairman for YPO Gold, South Asia. He is also a charter member of The Indus Entrepreneurs (TiE).

Start reading The Brand Called You on your Kindle in under a minute.

Lloyd Mathias
5.0 out of 5 stars Wonderful book packed with learning
Reviewed in India on 19 January 2020
Loved the book. Lucid and practical tips on how to build one's personal brand, from an author who has successfully reinvented his career from a senior corporate executive to a successful entrepreneur and now an author and executive coach. Great learnings.
Read more
Helpful
Report abuse

Rishi Singh
5.0 out of 5 stars value for money
Reviewed in India on 20 January 2020
value for money
Read more
Helpful
Report abuse
See all reviews
Back to top
Get to Know Us
Connect with Us
Make Money with Us
Let Us Help You
EnglishChoose a language for shopping.
© 1996-2021, Amazon.com, Inc. or its affiliates