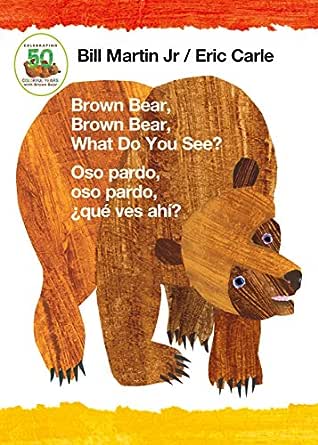 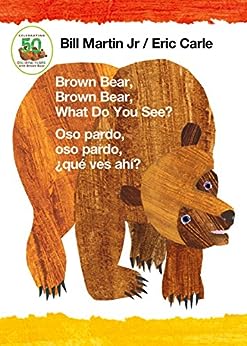 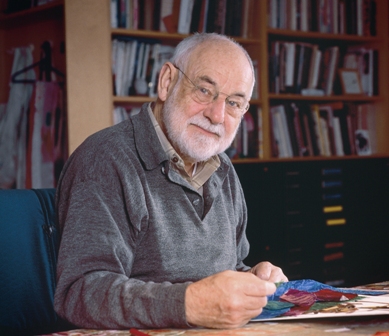 Bill Martin, Jr. (1916-2004) was an elementary-school principal, teacher, writer, and poet. His more than 300 books, among them the bestselling classics Brown Bear, Brown Bear, What Do You See?; Polar Bear, Polar Bear, What Do You Hear?; Panda Bear, Panda Bear, What Do You See?; and Chicka Chicka Boom Boom, are a testament to his ability to speak directly to children. Martin held a doctoral degree in early childhood education. Born in Kansas, he worked as an elementary-school principal in Chicago before moving to New York City, where he worked in publishing developing innovative reading programs for schools. After several years, he devoted himself full-time to writing his children’s books. He lived in New York until 1993, when he moved to Texas. He lived in the east Texas woods, near the town of Commerce, until he passed away in 2004.

Eric Carle is one of America's leading children's book illustrators. Born in the United States, he spent some time in Germany where he studied at the Academy of Applied Art in Stuttgart. His work has won many awards and has been published in more than a dozen countries around the world. He is author and illustrator of The Very Hungry Caterpillar and illustrator of Bill Martin, Jr.'s Brown Bear, Brown Bear, What Do You See? --This text refers to the board_book edition.

4.9 out of 5 stars
4.9 out of 5
704 global ratings
How are ratings calculated?
To calculate the overall star rating and percentage breakdown by star, we don’t use a simple average. Instead, our system considers things like how recent a review is and if the reviewer bought the item on Amazon. It also analyses reviews to verify trustworthiness.

Amazon Customer
5.0 out of 5 stars Good one
Reviewed in India on 31 May 2020
Verified Purchase
Good one for younger ones, they enjoyed it, she told the story for me, try it, try it, try it
Read more
Helpful
Report abuse

Sneha Dhodi
5.0 out of 5 stars Best for toddlers
Reviewed in India on 22 May 2020
A must buy book for the toddlers.
Read more
Helpful
Report abuse
See all reviews

Yas
5.0 out of 5 stars Highly recommend
Reviewed in the United Kingdom on 12 May 2020
Verified Purchase
I bought a bunch of Spanish books to read to my toddler and this one is my favourite. I love the repetition on every page. It teaches children about colours and animals. 10/10
Read more
Report abuse

hfffoman
3.0 out of 5 stars Too small
Reviewed in the United Kingdom on 18 June 2020
Verified Purchase
The book itself is excellent - one of very few books that can be fully appreciated at a very young age. But this version is not full size, which spoils half the fun
Read more
Report abuse

keeley
5.0 out of 5 stars Lovely book.
Reviewed in the United Kingdom on 9 September 2019
Verified Purchase
Lovely book. Nice and colourful. My only niggle is that the translation of Brown Bear in the book is Grizzly bear, not brown bear, but apart from that everything else fab.
Read more
Report abuse

Reala
5.0 out of 5 stars A classic
Reviewed in the United Kingdom on 21 February 2019
Verified Purchase
This is a colourful and entertaining read for young children. My children’s nursery recommended this book and I am glad they did.
Read more
Report abuse

Mrs B.
5.0 out of 5 stars Lovely bilingual book
Reviewed in the United Kingdom on 25 November 2019
Verified Purchase
Lovely bilingual book. My 16 month old daughter has brought me this story to read that many times I know it off by heart in both English and spanish.
Read more
Report abuse
See all reviews
click to open popover
Back to top
Get to Know Us
Connect with Us
Make Money with Us
Let Us Help You
EnglishChoose a language for shopping.
© 1996-2021, Amazon.com, Inc. or its affiliates