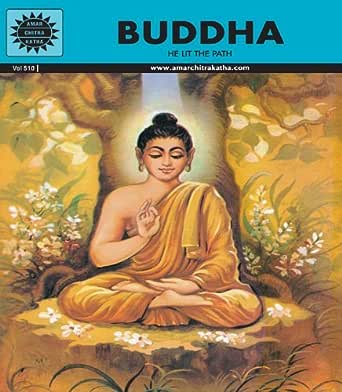 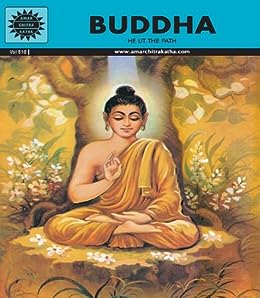 King Suddhodana was at his wit's end. He had surrounded his handsome young heir with comfort and riches, love and respect, but Prince Siddhartha was still not content. One night, the prince abandoned his family. Exchanging his royal robes for a begging bowl, his luxurious palace for the shade of a tree, Siddhartha lived the life of an ascetic to seek the ultimate truth about life and suffering. His search led him to enlightenment and he became Buddha, the Awakened One.

Anant Pai (17 September 1929 24 February 2011), popularly known as Uncle Pai, was an Indian educationalist and a pioneer in Indian comics. He is most famous as the creator of two comic book series viz. Amar Chitra Katha, which retold traditional Indian folk tales, mythological stories, and biographies of historical characters; and Tinkle, a children's anthology.

Balaji
5.0 out of 5 stars Good book to begin with 4-5 years
5 September 2017
Format: PaperbackVerified Purchase
Bought this book for my 4 year old nephew. He loved these books as they had beautiful pictures. My nephew is capable of reading word by word slowly. So I thought buying some story books would help him get into the habit of reading books right from kindergarten. He showed so much interest that he would read books everyday. These books with colourful pictures adds more interest to him.

Would highly recommend to kids from 4-5 years old.

yadvinder singh
4.0 out of 5 stars Great for children
15 December 2014
Format: PaperbackVerified Purchase
A very Good comic book on Buddha and a must read for children for giving them good values and how life should be lived.!!
Read more
Helpful
Comment Report abuse
There are 20 customer reviews and 27 customer ratings.
See all 20 customer reviews
Write a product review