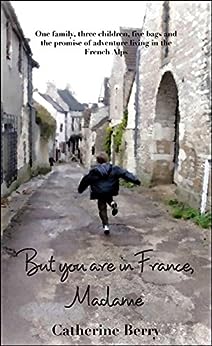 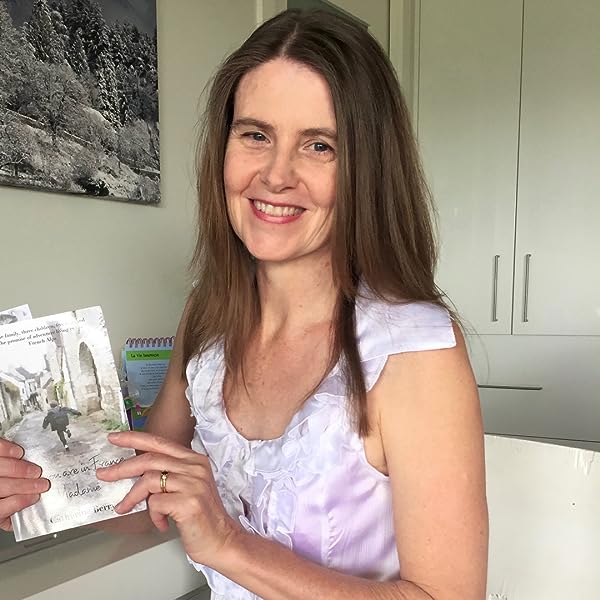 But you are in France, Madame: One family, three children, five bags and the promise of adventure living in the French Alps Kindle Edition

by Catherine Berry (Author) Format: Kindle Edition
See all formats and editions
Sorry, there was a problem loading this page. Try again.
At the collège for a parent-teacher interview, I met my daughter outside in the courtyard and she showed me up to her classroom. Her teacher was busy chatting, so we waited patiently in the corridor. When he did come out, he indicated that the meeting would take place downstairs and headed off with us in tow.

Before sitting down, I introduced myself using my first name, and put out my hand to be shaken. He mumbled back his full name as he took my hand, although I suspect he would have been shocked if I had actually dared use it. By this stage, I had already understood that teachers did not expect to be questioned about their practices. Of course, I did—question him, that is; politely and almost deferentially. There was a slight pause, as he dipped his head to better digest what he had heard. Then, with the assurance of a perfect, unarguable answer, he replied, “But you are in France, Madame”.

Some months before, my husband, three children and I had casually unzipped and discarded our comfortable Australian lifestyle and slipped on life in the country of haute couture. On arrival, there was no celebrity designer waiting for us, ready to pin and fit our new life to us; so we threw it on and wore it loosely, tightly, uncomfortably, any old how—until we learned for ourselves how to trim, hem and stitch à la française. This book is testament to the joyous, but not always easy, journey that we took along the way.

Our story ‘But you are in France, Madame’ was written from the heart. If you love France, reading about France, are curious about the lives of others or are planning your own trip to France, then this might just be the book for you.
Read more
Previous page
Next page

4.2 out of 5 stars
4.2 out of 5
124 global ratings
How are ratings calculated?
To calculate the overall star rating and percentage breakdown by star, we don’t use a simple average. Instead, our system considers things like how recent a review is and if the reviewer bought the item on Amazon. It also analyses reviews to verify trustworthiness.
Top reviews

Kindle Customer AMR
1.0 out of 5 stars Disappointing
Reviewed in the United Kingdom on 10 May 2021
Verified Purchase
I have read many accounts of families settling in France, and enjoyed them, so I was looking forward to this. Unfortunately, it was so boring that I gave up after a quarter of the book was read. It didn't manage to hold my attention at all, and I kept hoping it would get better. It didn't, so I can't recommend this book at all, on any level.
Read more
2 people found this helpful
Report abuse

Diana D
5.0 out of 5 stars Wonderful
Reviewed in the United Kingdom on 20 February 2021
Verified Purchase
This paints a wonderful picture of living in France. It is a pleasant writing style, and easy to read. I enjoyed the initial excitement, and loved learning about the French way of life and customs, such as Christmas and New Year's Eve. Loved all the village festivals, and trips to Geneva, Lyon, Paris, Brittany etc. The holiday in southern France was wonderful. Italy was interesting too. I liked the honesty about their experiences. Not everything was entirely successful! It is amazing that Catherine managed to stay largely positive in spite of major challenges with health, mechanics, bureaucracy etc. The child's perspective on living in France is interesting. I smiled at the TinTin tale! Part 3 gave me tears, but it was a good read even so. It is great that the family settled so well in France and made it home for such a long time.
Read more
Report abuse

reader
4.0 out of 5 stars Charming account
Reviewed in the United Kingdom on 29 November 2016
Verified Purchase
A book by a very Australian Australian determined to make a success of living in France. Quaintly charming, it largely centres around her everyday life and motherly concerns – the children’s food, their health, their illnesses, their education etc – as she tries to settle in and make sense of French ways and irritating bureaucracy.
It’s the story of a family constantly changing houses and neighbours,, with a father constantly away on business, and a mother who is trying to keep family life going. But although there’s a lot about holidays, skiing, sightseeing, restaurants and shopping, the book does shed light on how it feels like to be a foreigner living in a French community.
The author comes over as delightfully wide-eyed, forthright, friendly and fun, but as the world knows, this doesn’t necessarily cut the mustard in France, and her perseverance is praiseworthy.
Their time in France is described with touching detail, and the book is written with a light, clear hand and a pleasing self-deprecating humour.
Anyone contemplating living in France should read it.
Read more
3 people found this helpful
Report abuse

Old Yorky
5.0 out of 5 stars Wonderful!!
Reviewed in the United Kingdom on 5 November 2017
Verified Purchase
Loved every moment of this book. Catherine writes from the heart about her family’s move to Annecy in France not sparing us the bureaucracy ( but putting a humorous spin on it) that they faced when settling in. The whole family obviously embraced the adventure and the children especially loved living in a different culture. Thank you Catherine for such a heartwarming book!
Read more
2 people found this helpful
Report abuse

Mrs. Jennifer C. Hallett
5.0 out of 5 stars A really great read,
Reviewed in the United Kingdom on 10 May 2019
Verified Purchase
Thoroughly enjoyed this book. Wonderful descriptive writing. Brought back memories of having visited Annecy many years ago.
Read more
2 people found this helpful
Report abuse
See all reviews

One family, three children, five bags and the promise of adventure living in the French Alps.

It got to me. Living in France was supposed to have a beginning and an end. It nearly did have an end in a way that I could never have imagined, but now it can’t. I belong amidst the bewildering complexities and incongruences of French life, and wherever I am, for as long as I am, this will not change.

Nothing from my Australian upbringing pre-supposed this French fascination. My first steps in the language were coincidental, and it was probably luck that saw one of the young, groovy teachers allocated to my beginner’s French class at school.

I enjoyed writing, but was gently encouraged into maths and science subjects, where non-essential creative writing was relegated. Thereafter, I adopted an academic approach to getting through an undergraduate degree, teaching diplomas and a master’s degree in education. Despite these intervening diversions, my French obsession remained present and it was only natural that when my own children were old enough that we head to France.