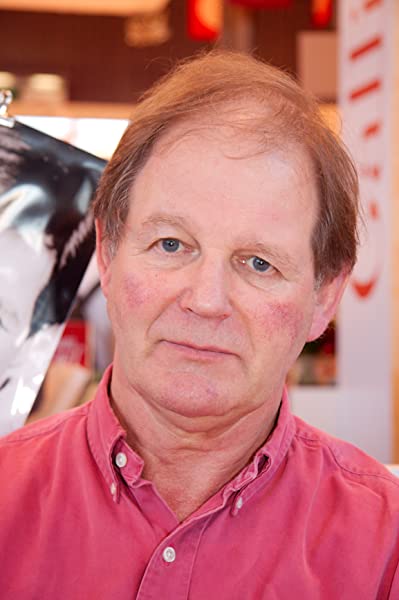 Bertie rescues an orphaned white lion cub from the African wild. They are inseparable until Bertie is sent to boarding school far away in England and the lion is sold to a circus. Bertie swears that one day they will see one another again, but it is the butterfly lion which ensures that their friendship will never be forgotten.
Read more
Previous page
Next page

“The Butterfly Lion is unique among animals and books, and will touch all hearts – both young and old.” Virginia McKenna, Born Free Foundation

Praise for Michael Morpurgo:
“A master storyteller at his best” The Sunday Times

Multi-award-winning author Michael Morpurgo is one of Britain's best-loved writers for children and has won many prizes, including the Smarties Prize, the Writers Guild Award and the Blue Peter Book Award, from 2003 to 2005 he was the Children's Laureate and in 2005 he was named the Booksellers Association Author of the Year. Michael Morpurgo divides his time between his writing and running Farms for City Children. Michael Morpurgo has won the Whitbread Children's Book Award and the Smarties Book Prize.
Start reading The Butterfly Lion (First Modern Classics) on your Kindle in under a minute.

Michael Morpurgo is one of Britain's best-loved children's book writers. He has written more than 100 books and has won the Smarties Prize, the Whitbread Award, and most recently the Blue Peter Book Award for PRIVATE PEACEFUL. He is also the author of WAR HORSE, which has been made into a Tony Award-winning Broadway play and a Golden Globe-nominated film. Michael was Writer in Residence at The Savoy Hotel from January to March 2007, and previously he was Children's Laureate from 2003-2005, a role that took him across Britain to inspire a love of reading in children. You can visit him online at www.michaelmorpurgo.com.

4.7 out of 5 stars
4.7 out of 5
1,384 global ratings
How are ratings calculated?
To calculate the overall star rating and percentage breakdown by star, we don’t use a simple average. Instead, our system considers things like how recent a review is and if the reviewer bought the item on Amazon. It also analyses reviews to verify trustworthiness.
Top reviews

SB
5.0 out of 5 stars Good book
Reviewed in India on 25 May 2021
Verified Purchase
This is the first book of Michele Morpurgo... I bought it for my 9 year old daughter... Usually I have a habit of reading the book first if it's new author to get essence of author's writting...
Story is very beautifully written I loved the story...
But maybe my daughter might find it bit difficult and confusing for her age... Maybe by 10 she would understand...
Read more
One person found this helpful
Helpful
Report abuse

Amazon Customer
5.0 out of 5 stars I love Michael Morpurgo and his books
Reviewed in India on 3 April 2016
Verified Purchase
The Butterfly Lion is a breathtaking book. I love Michael Morpurgo and his books. Along with this my other favourites are Private Peaceful, War Horse, Kensuke's Kingdom and Why The Whales Came. They are amazing!!!
Read more
One person found this helpful
Helpful
Report abuse

I Wonder
5.0 out of 5 stars fantastic book
Reviewed in India on 3 July 2014
Verified Purchase
wish I could read it in my childhood. But anyway, it is equally enchanting that now I could. Fantastic collection
Read more
Helpful
Report abuse
See all reviews

C. Craig
5.0 out of 5 stars A Beautiful Short Story for Kids of All Ages
Reviewed in the United Kingdom on 12 June 2017
Verified Purchase
​I've had this book on my TBR shelf for a few months now. I bought it to complete a Goodreads challenge but after looking at it several times as I was browsing my bookshelf I was reluctant to read it. I'd briefly flicked through it after buying and noticed that a) it was very thin - around 125 pages and b) the writing was quite large. After looking through the blurb I noticed that this was a children's book. And my heart sank. It wasn't going to fulfil me, I thought; it won't be my type of thing. Well, lordy, how wrong I was! I loved it.

Yes, it is for children and it is very basic in its writing style and all those things but the depth of story for such a short piece was fantastic and although it was a little far-fetched (rightly so; it is a children's book after all) I caught myself smiling throughout the hour it took me to complete.

Will I recommend it? Absolutely. Children will love this. And if you're a big kid like me, you adults will too. Buy it for the kids and when they're asleep, read it yourself and marvel in this beautiful little story.
Read more
24 people found this helpful
Report abuse

s jack
4.0 out of 5 stars 8 year olds opinion
Reviewed in the United Kingdom on 18 October 2017
Verified Purchase
I read this book on my own after my teacher read Kensukes Kingdom to my class. It was my first Michael Morpurgo book to read on my own. When I started reading Butterfly Lion it was quite confusing, I found it a bit difficult to follow. It was fine once I got my head around the storyline. I liked the way it told every characters story. It was also quite mysterious. I would recommend this book to my friends. It has made me want to read more of his books.
Read more
25 people found this helpful
Report abuse

Mrs. A. N. Henly
5.0 out of 5 stars Not for 10 year olds!
Reviewed in the United Kingdom on 13 March 2019
Verified Purchase
I bought this book for my ten year old daughter as a Christmas present, but she became very upset in the beginning of the story (I was reading it for both kids at bedtime) and we decided together to put is down and find something more jolly to read:( It's not for 10 year olds, I think even grownups can struggle with it, but very moving story! I ended up reading it on my own in my lunch breaks at work.
Read more
5 people found this helpful
Report abuse

Zulu Warrior
4.0 out of 5 stars Nice Ending
Reviewed in the United Kingdom on 28 July 2020
Verified Purchase
Michael 10yrs ran away from boarding school, running across some fields he meets an old lady who takes him to a very large house and gives him tea, the old lady told Michael a story of her husband Bertie from when he lived in Africa, Bertie was six, he would watch the wild animals come to drink at a water hole near the compound where he lived, Bertie was never allowed to leave the compound, he saw a lioness come down to drink with a white cub, his parents said there was no such thing,

One day his father shot a lioness leaving the cub on his own, Bertie saw the cub with Hyenas trying to eat him, Bertie ran out of the compound screaming at the Hyenas, Berties mother helped him bring the cub inside, Bertie and the cub became great friends, a year later and Bertie was to go to school in England, he could not take the cub and his father wanted to sell it to a circus, the lion was sold, Bertie was sent to school, the old lady met Bertie when he ran away from school and they became great friends, war was coming and everything would change
Read more
2 people found this helpful
Report abuse

dreamer66
5.0 out of 5 stars Atmospheric and uplifting
Reviewed in the United Kingdom on 24 August 2019
Verified Purchase
Everyone should read Michael Morpurgo. He is not just for children. The stories are well plotted with excellent characters and his descriptions make you really understand the setting. He manages to really make you empathise with his characters and broadens your horizons. Unlike so much modern literature it manages to make social commentary without being cynical or dark.
Read more
One person found this helpful
Report abuse
See all reviews
Back to top
Get to Know Us
Connect with Us
Make Money with Us
Let Us Help You
EnglishChoose a language for shopping.
© 1996-2021, Amazon.com, Inc. or its affiliates