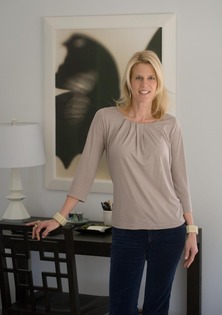 "Unlike many books of its sort, this effort, with its earthbound intimacy of text and photographs, leaves you with an indistinguishable itch not to revel in the past but to perhaps take a page out of Guest's no-nonsense playbook." ~Dujour Magazine

"This is just about one of the most beautifully executed books about one of America’s most enduring and quintessential society and style icons. C. Z. Guest: American Style Icon lives up to its name on every imaginable level and then goes on to deliver a genuinely endearing and personal portrait depicting a woman who is legendary and remains unforgettable. This is a book that one returns to over and over again as the subject and her sphere of influence in the worlds of fashion and style will be remembered for generations to come. C. Z. Guest: American Style Icon should be given as a gift to those who are interested in learning the true definitions of grace and style." ~NY Journal of Books

"...Author, designer, and Today Show contributor Susanna Salk provides a tantalizing glimpse into the world of Boston socialite C.Z. Guest. While Guest embodied, even defined, WASP style—doting on dogs and horses, perfecting her tennis game, and being the consummate hostess—she, as Salk puts it, “bucked at the expectations of her own cliché, constantly surprising with modern gestures that somehow never felt scandalous. In addition to writing in depth about Guest’s always-classic personal style....Salk asked Guest’s nearest and dearest to contribute their stories of her. And each tale is better than the next." ~One Kings Lane

"True style icons are few and far between but C.Z. Guest ranks at the top of American qualifiers. More than merely beautiful and stylish, the essence of her status emanated from within, expressing her zest for life across the board. She was the alluring embodiment of seemingly disparate worlds. And it is this fascinating dichotomy that Susanna Salk captures so wonderfully in her new volume from Rizzoli. With contributions from an impressive cast of both A-listers and intimates who knew her best, we are painted a portrait of a woman both of and ahead of her time, whose interests ranged from Mainbocher to Madonna from pups and ponies to Dali and discos. And yet C.Z. was never more or less than herself. So completely comfortable and confident, she never tried nor needed to impress. She remained true to her classic Boston brahmin style, exuding an enviable elegance that was both timeless and chic." ~Quintessence.com

Susanna Salk is the author of Be Your Own Decorator, Room for Children, and Weekend Retreats and is a contributing editor for 1stdibs.com and iVillage.com, as well as a regular contributor to design segments for NBC’s Today Show. William Norwich has written about style for many publications, including the New York Times and Vogue. He is the author of the novel Learning to Drive and the children’s book Molly and the Magic Dress.
Tell the Publisher!
I'd like to read this book on Kindle

4.6 out of 5 stars
4.6 out of 5
27 global ratings
How are ratings calculated?
To calculate the overall star rating and percentage breakdown by star, we don’t use a simple average. Instead, our system considers things like how recent a review is and if the reviewer bought the item on Amazon. It also analyses reviews to verify trustworthiness.
Top reviews

Corey Anderson
5.0 out of 5 stars Photographs are excellent
Reviewed in the United Kingdom on 12 July 2013
Verified Purchase
I bought this book for the photographs which are great. I haven't read it yet but I am looking forward to it.
Read more
Report abuse

Patsy
5.0 out of 5 stars An insight into a lady
Reviewed in the United States on 29 December 2013
Verified Purchase
I have read much about CZGuest and was intrigued to find out more.Her simplicity and down to earth attitude is evident In this book.It gives the reader am insight ,albeit not a deep insight, into an elegant hostess,style icon and true lady.
Read more
3 people found this helpful
Report abuse

Marianne Lather
5.0 out of 5 stars Five Stars
Reviewed in the United States on 23 May 2016
Verified Purchase
The book is stunning. I could not believe how quickly I received my order.
Read more
2 people found this helpful
Report abuse
See all reviews
Back to top
Get to Know Us
Connect with Us
Make Money with Us
Let Us Help You
EnglishChoose a language for shopping.
© 1996-2021, Amazon.com, Inc. or its affiliates