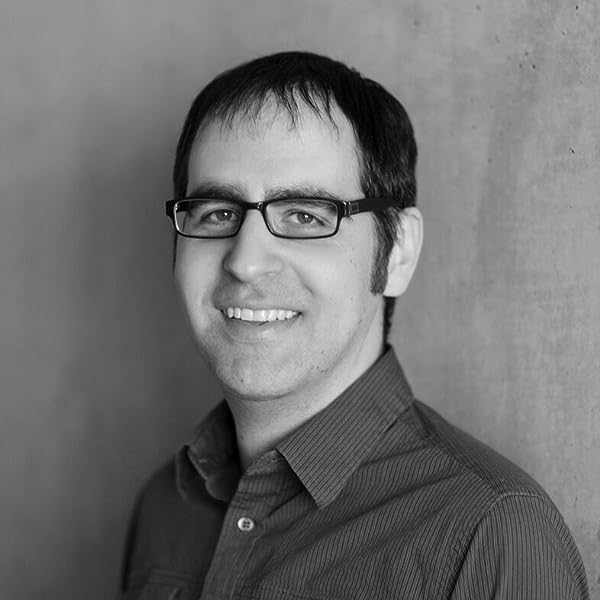 Christopher Rowe is back and there are more puzzles, riddles, and secrets to uncover in this fourth novel of the award-winning Blackthorn Key series.

Thankfully, friends Tom and Sally find Christopher and help him reconnect with his unique skills and talents, even as his memories elude him. But as motives and secrets are revealed, Christopher finds himself in a desperate race to reclaim his memories and discover the missing children before it’s too late.
Read more
Previous page
Next page

Since escaping from university with a pair of degrees in theoretical physics, Kevin Sands has worked as a researcher, a business consultant, and a teacher. He lives in Toronto, Canada. He is the author of the award-winning and bestselling Blackthorn Key series.

Call of the Wraith


MY HEAD SLAMMED INTO THE floor.

My head ached with a deep, throbbing pulse, every thrum a promise to split my skull. My stomach roiled, rebelled, and when I could stand it no more, I turned over and retched.

Nothing came out. My muscles strained, but there was nothing in my cramping stomach to throw up. When the spasms finally stopped, I rested my head on the floor, the packed dirt cool against my cheek.

I coughed, then swallowed. My throat burned, scratched, dried with hollow spit. I groaned and opened my eyes.

I saw tarred wooden beams above me. Confused, it took me a moment to understand: I was looking at the ceiling. I’d fallen out of bed. Now I lay upside down, half on the floor, half hanging from the mattress. The bonds that held my legs were the bedding: a sheet of cool white linen, a heavy wrap of deerskin on top.

I wriggled free. My body slipped from the blankets and thumped against the floor. I lay there, waiting for the world to stop spinning.

The light, as faint as it was, was still enough to make me squint. It came from a fire of wood and peat, burning low in the hearth opposite the bed, filling the air with the smell of smoked dirt. The room itself was unfamiliar, and nearly empty: just the bed I’d fallen from, a rickety wooden table and chair, and a palliasse in the corner near the fire, a second deerskin blanket crumpled behind it. The mantel over the fireplace, a plank of sagging cedar, was empty. The walls were made of cob: smoothly packed clay and straw, washed with lime. A single door offered an exit, one step up from the floor. Beneath the handle, a rusted iron plate covered its keyhole.

I tried to remember how I’d got here, but tasking my brain made my head spin again. I crawled back onto the bed and lay there, breathing, letting the whirling subside.

At least it was warm. The fading dream of the icy plain made me shiver, and I pulled the deerskin up to cover me. As I did, I noticed what I was wearing: a plain gray shirt, breeches, and hose. All simple, undyed wool, all too large for me.

These were not my clothes. Where had they come from?

Again I tried to remember, and again the world began to spin. I groaned and covered my eyes until the queasiness passed.

I stayed like that for a while, resting against the mattress. It was soft—goose down. The comfort struck me as oddly out of place, considering my surroundings. Not that I was about to complain.

I sat up, startled. The motion made my head throb.

The question I’d heard wasn’t a thought. It was a voice, a man’s voice. Deep, the strains of age beginning to weather it.

My own voice came out ragged. I was so thirsty. I looked around and spied a ceramic jug at the foot of my bed. My fingers ached as I picked it up, grateful to hear sloshing inside. I pulled the cork from its neck. The jug’s mouth had already reached mine before I smelled the horror.

I recoiled just before it touched my lips. The jug slipped from my fingers, bounced off the mattress, cracked on the dirt below. The liquid splashed from the broken bottom, and the sharp tang of urine filled the room.

I stared, shaking, at the mess on the ground. Underneath the shards, soaked in the waste, were a handful of stones, a half dozen nails, and short strands of something tied in a knot. It looked like hair.

I gagged, the stink choking my throat. Why would someone leave me that to drink?

It’s not for you to drink.

That voice again. “Who are you?” I said.

No answer came. I made to call out once more, then stopped when I realized: The voice was right.

The room tumbled, and this time I couldn’t control my nausea. I leaned over the side of the bed, retching, my skull throbbing with every heave.

The spell finally passed. I rolled over, gasping.

You need to get up, the voice said.

I heard it clearly. The voice . . . it wasn’t coming from inside the room. It was inside my head.

I lay there, breath caught in my throat, and responded in kind. Who are you?

Get up, the voice said.

My mind swirled with questions, but the voice wouldn’t answer them. I crawled to the edge of the bed, then stood. My legs wobbled under my weight, the dizziness overwhelming.

Give it a moment.

I steadied myself against the wall. The roughness of the lime-washed cob made my fingers sting. I looked at them; they were red and raw. Blackened skin peeled away from the tips.

“What’s happened to me?” I whispered.

The voice in my head spoke, soothing. Calm, child.

But I couldn’t stay calm. I tried to remember how I got here, and the room spun faster than ever.

I fought it, searched for the memory. I tried to remember.

The walls swam. The walls melted.

I opened my eyes.

The ceiling. I was looking at the ceiling again.

You passed out, the voice said.

I pushed myself up. I didn’t try to remember anything this time. I just stayed hunched over, head between my knees, until the dizziness subsided.

That’s it, the voice said. Good.

Go to the door.

Slowly, I stood, then staggered over. When I touched the handle, I jerked my blackened fingers away.

The handle was freezing. I could feel the cold beyond the door, seeping through the wood. The nightmare of ice returned to my mind, and all I wanted to do was run. But there was nowhere to go.

I took a breath, trying to calm myself. Then I knelt and pushed the iron plate covering the keyhole out of the way. It swung upward with a squeal of rusted metal.

Light winked through the keyhole. I squinted and peered into it.

The door led outside, to a world covered with snow. Some thirty feet away was a line of trees, branches swaying in the wind, weighed down by heaps of white. The sky above was a dull gray ceiling of clouds.

I pressed closer, trying to see more. To the left, I could just make out the corner of another cob house. I could smell something, too: charred wood.

I saw no fire through the keyhole. The smell wasn’t coming from outside; it was closer. I pulled back, blinking away the spots the brightness had left in my eyes. Then I saw: There were symbols, burned into the wood of the doorjamb.

There were five of them. Four were circles, arcane markings within. The fifth was a W.

Yes, the voice in my head said.

I knew these symbols. I looked back at the broken jug, and once again my stomach began to tumble.

Yes, the voice said. Those go together. Think.

But thinking made me dizzy. The only thing I could remember

was that those symbols meant nothing good. A sudden, desperate wish gripped me: Be anywhere but here.

I grabbed the handle again, ignoring the pain in my fingers. I pulled. But the door only rattled. It was locked.

I was a prisoner.

4.8 out of 5 stars
4.8 out of 5
245 global ratings
How are ratings calculated?
To calculate the overall star rating and percentage breakdown by star, we don’t use a simple average. Instead, our system considers things like how recent a review is and if the reviewer bought the item on Amazon. It also analyses reviews to verify trustworthiness.

1.0 out of 5 stars arrived ripped
Reviewed in the United Kingdom 🇬🇧 on 9 October 2021
Images in this review

Shauf
4.0 out of 5 stars Great series!
Reviewed in Canada 🇨🇦 on 10 March 2019
Verified Purchase
My son enjoyed this whole series and read them constantly eager to find out what was going to happen to the characters!
Wish it came in soft cover.

bs3835
5.0 out of 5 stars Great read
Reviewed in Canada 🇨🇦 on 12 October 2018
Verified Purchase
Only half way through, but like the other books before it, it is fantastic
Read more
Report abuse