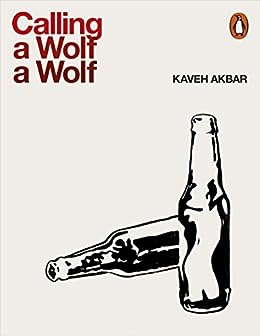 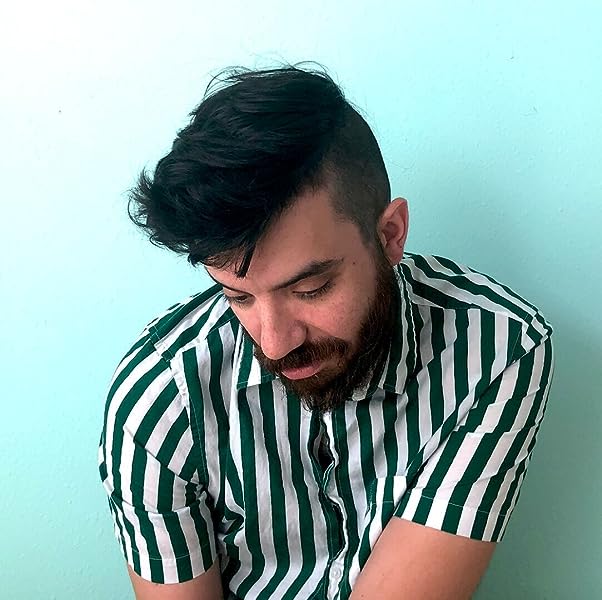 by Kaveh Akbar (Author) Format: Kindle Edition
See all formats and editions
Sorry, there was a problem loading this page. Try again.

Tracking the joys and pains of the path through addiction, and wrestling with desire, inheritance and faith, Calling a Wolf a Wolf is the darkly sumptuous debut from award-winning poet Kaveh Akbar. These are powerful, intimate poems of thirst: for alcohol, for other bodies, for knowledge and for life.

'The struggle from late youth on, with and without God, agony, narcotics and love, is a torment rarely recorded with such sustained eloquence and passion as you will find in this collection'
FANNY HOWE

'Truly brilliant'
JOHN GREEN, AUTHOR OF THE FAULT IN OUR STARS

Praise for Calling a Wolf a Wolf:

"In 'Heritage, ' a fierce poem dedicated to an Iranian woman executed for killing the man attempting to rape her, award-winning poet Akbar proclaims, 'in books love can be war-ending/...in life we hold love up to the light/ to marvel at its impotence.' Yet if real-life love is disappointing ('The things I've thought I've loved/ could sink an ocean liner'), Akbar proves what books can do in his exceptional debut, which brings us along on his struggle with addiction, a dangerous comfort and soul-eating monster he addresses boldly ('thinking if I called a wolf a wolf I might dull its fangs'). His work stands out among literature on the subject for a refreshingly unshowy honesty; Akbar runs full tilt emotionally but is never self-indulgent. These poems find the speaker poised between life's clatter and rattle, wanting to retreat ('so much/ of being alive is breaking') yet hungering for more ('I'm told what seems like joy/ is often joy'). Indeed, despite his acknowledged disillusion and his failings ('my whole life I answered every cry for help with a pour'), he has loved, and an electric current runs through the collection that keeps reader and writer going. VERDICT Excellent work from an important new poet."--Barbara Hoffert, Library Journal, STARRED review

"Akbar has what every poet needs: the power to make, from emotions that others have felt, memorable language that nobody has assembled before." --Stephanie Burt, The Yale Review

"John Berryman and James Wright (and his son Franz Wright) haunt Calling a Wolf a Wolf, but Akbar also has a voice so distinctly his--tinted in old Persian, dipped in modern American, ancient and millennial, addict and ascetic, animal and more animal. In the end, nothing brings man--human or man--down to Earth more than the kingdom of flora and fauna.--Porochista Khakpour, Virginia Quarterly Review

Kaveh Akbar has evolved a poetics that (often) suggests the infinite within each object, gesture, event. The smallest thing in these poems pushes one up against something intractable and profound. Surface and depth constantly turn into each other. Narrative, the dilemmas of personal history and anguish are handled with equal sophistication. 'Odd, for an apocalypse to announce itself with such bounty.' This is bounty, an intensely inventive and original debut.--Frank Bidart, author of Metaphysical Dog and Watching the Spring Festival

"In Calling a Wolf a Wolf, Kaveh Akbar exquisitely and tenaciously braids astonishment and atonement into a singular lyric voice. The desolation of alcoholism widens into hard-won insight: 'the body is a mosque borrowed from Heaven.' Doubt and fear spiral into grace and beauty. Akbar's mind, like his language, is perpetually in motion. His imagery--wounded and resplendent--is masterful and his syntax ensnares and releases music that's both delicate and muscular. Kaveh Akbar has crafted one of the best debuts in recent memory. In his hands, awe and redemption hinge into unforgettable and gorgeous poems."--Eduardo C. Corral

"You can open this stunning debut, Calling a Wolf a Wolf, anywhere and find the critical tenderness that permeates Kaveh Akbar's work. The work here means to go out on limbs, be it to fling blossoms, chew fireflies, or to push old nests into the river once the rearing is done. There is an engagement here with faith that extends beyond religion. . . . The poems have as much audacity as humility, a rare mix of openness in a time of flinching anxiety." --francine j. harris "The struggle from late youth on, with and without God, agony, narcotics and love is a torment rarely recorded with such sustained eloquence and passion as you will find in Calling a Wolf a Wolf."--Fanny Howe

Kaveh Akbar is the founding editor of Divedapper. His poems appear recently or soon in The New Yorker, Poetry, APR, Tin House, PBS NewsHour, and elsewhere. He is the author of Calling a Wolf a Wolf (Alice James 2017) and the chapbook Portrait of the Alcoholic (Sibling Rivalry). The recipient of a 2016 Ruth Lilly and Dorothy Sargent Rosenberg Fellowship from the Poetry Foundation and the Lucille Medwick Memorial Award from the Poetry Society of America, Kaveh was born in Tehran, Iran, and currently lives and teaches in Florida. --This text refers to the paperback edition.

Tracking the joys and pains of the path through addiction, and wrestling with desire, inheritance and faith, Calling a Wolf a Wolf is the darkly sumptuous debut from award-winning poet Kaveh Akbar. These are powerful, intimate poems of thirst: for alcohol, for other bodies, for knowledge and for life.

'The struggle from late youth on, with and without God, agony, narcotics and love, is a torment rarely recorded with such sustained eloquence and passion as you will find in this collection'
FANNY HOWE

'Truly brilliant'
JOHN GREEN, AUTHOR OF THE FAULT IN OUR STARS

4.6 out of 5 stars
4.6 out of 5
172 global ratings
How are ratings calculated?
To calculate the overall star rating and percentage breakdown by star, we don’t use a simple average. Instead, our system considers things like how recent a review is and if the reviewer bought the item on Amazon. It also analyses reviews to verify trustworthiness.
Top reviews

Vikrant Singh
5.0 out of 5 stars Loved the book, but...
Reviewed in India on 27 April 2019
Verified Purchase
I loved the book and its poetry but the seller was selling it above the price shown in the product which is very infuriating.
Read more
Helpful
Report abuse

E.Z. Green
5.0 out of 5 stars Eloquent and honest, the beautiful kind of pain.
Reviewed in the United Kingdom on 18 January 2018
Verified Purchase
A beautiful book full of touching, eloquent poems written from the heart. Kaveh Akbar is a master of capturing a feeling and then wrapping it within lines that embrace the exquisite beauty of the Persian language within the poetry of English words.Clear and masterful at saying the truth in the most alluring and mesmerizing way possible, until one loses the sour taste that the truth sometimes brings. One wants to keep reading, even though at times, it hurts directly in the heart. A masterpiece and a truly gifted writer!
Read more
2 people found this helpful
Report abuse

Jo Ruiz
5.0 out of 5 stars DAZZLING FIRST BOOK..
Reviewed in the United Kingdom on 31 July 2018
Verified Purchase
Oh me God, what a book! Rumi(with the fiery heart of Rimbaud)reincarnated. I am still reading and don't want it to be ended. Outstandind debut. A prophet in the guise of a drunkard who conjures up diamonds from words.
Read more
Report abuse

Kaveh Akbar's poems appear in the New Yorker, Paris Review, the New York Times, Best American Poetry, and elsewhere. He is the author of two books of poetry—Pilgrim Bell (Graywolf 2021) and Calling a Wolf a Wolf (Alice James 2017), and the chapbook Portrait of the Alcoholic (Sibling Rivalry 2016)—and the editor of The Penguin Book of Spiritual Verse. Born in Tehran, Iran, Kaveh teaches at Purdue University and in the low-residency MFA programs at Randolph and Warren Wilson college. Currently, he serves as Poetry Editor for The Nation.