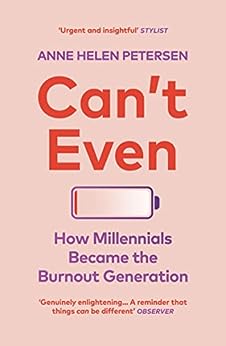 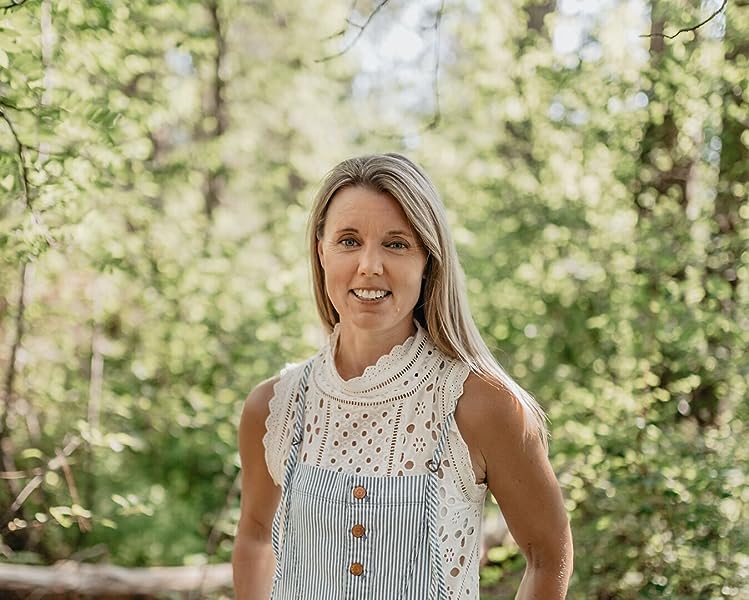 Can't Even: How Millennials Became the Burnout Generation Kindle Edition

by Anne Helen Petersen (Author) Format: Kindle Edition
See all formats and editions
Sorry, there was a problem loading this page. Try again.

An incendiary examination of burnout - what got us here, the pressures that sustain it and the need for drastic change

Are you tired, stressed and trying your best but somehow it's never enough?

Does the bottom half of your To Do list feel unreachable?

This is burnout and it is affecting how we work, parent, socialise and live.

Through her own experience, original interviews and detailed analysis, Anne Helen Petersen traces the institutional and generational causes of burnout. And, in doing so, she helps us to let go of our guilt and imagine a possible future.

'Genuinely enlightening... Can't Even is a reminder to the burned out generation that things can be different' Observer

Amazon's Top Ten Editor's Best of the Month picks for September
“Brilliant… Although Petersen wrote this before the pandemic, candidly talking about burnout culture that has now been impacted by two recessions, it’s more timely than ever.” —Apartment Therapy
“[A] razor sharp book of cultural criticism…With blistering prose and all-too vivid reporting, Petersen lays bare the burnout and despair of millennials, while also charting a path to a world where members of her generation can feel as if the boot has been removed from their necks.” —Esquire
"Whether you’re looking for solutions or just looking to feel seen, Can’t Even is a can’t-miss." —Harper's Bazaar, "27 Best Books of 2020"
"Petersen’s third book, a highlight-every-sentence-in-recognition survey of the anxiety and exhaustion baked into the lives of myriad young people, dispels many of the myths and misconceptions—the laziness! the entitlement!—surrounding the generation that came of age amid the internet and economic collapse. Yet rather than pit millennials against boomers, Petersen makes meaningful and constructive connections between the toils and troubles of the two groups." —O Magazine
"We think of capitalism as a way of organizing an economy. But given enough time, it goes beyond that: It organizes our lives, our hopes, our relationships. Anne Helen Petersen has written an analytically precise, deeply empathic book about the psychic toll modern capitalism has taken on those shaped by it. Can't Even is essential to understanding our age, and ourselves."—Ezra Klein, Vox co-founder and New York Times bestselling author of Why We're Polarized
"Can't Even is the Nickel and Dimed of this generation. A cogent and sober analysis of the economic lives that decades of precarity has wrought, told in Petersen's smart, measured style."—Tressie McMillan Cottom, assistant professor of sociology at the University of North Carolina and author of the National Book Award finalist Thick: And Other Essays
"Reading this incredible book, I had the overwhelming feeling of someone arranging the chaotic fragments of my life into a cohesive whole. Can’t Even felt like a field guide, a mirror, and an absolution. Compassionate, wise, and incisive, it is a defining work about a generation defined by work." —Ed Yong, writer, The Atlantic and New York Times bestselling author of I Contain Multitudes
"Can't Even is a compelling exploration of the phenomenon of burnout and how an entire generation has been set up to fail. As a Millennial, reading this book was a deeply cathartic experience. Anne Helen Petersen articulates the struggles and motivation of a generation so impeccably. Reading this book made me feel like finally, someone understands me. I wish I could give this book to everyone I know." —Taylor Lorenz, culture reporter, New York Times
"Trenchant and well-researched...an incisive portrait of a generation primed for revolt." —Publishers Weekly
"In a cultural moment rife with inter-generational sparring ("OK, Boomer"), and with millennials garnering criticism for their transient-appearing lifestyles (never buying houses or napkins), -- No Source --This text refers to an out of print or unavailable edition of this title.

--This text refers to an out of print or unavailable edition of this title.
Read more

4.5 out of 5 stars
4.5 out of 5
506 global ratings
How are ratings calculated?
To calculate the overall star rating and percentage breakdown by star, we don’t use a simple average. Instead, our system considers things like how recent a review is and if the reviewer bought the item on Amazon. It also analyses reviews to verify trustworthiness.
Top reviews

SP
1.0 out of 5 stars Disappointing
Reviewed in the United Kingdom on 16 February 2021
Verified Purchase
I read the first 13 or so pages and flicked through the rest of it. It looks like 250+ pages of the writer's personal experience of what it feels like to be burnt-out, and convincing the reader that we've been short-changed by the world.

It didn't tell me anything I didn't know and only made me feel a bit anxious, if I'm honest. Like a long reminder that things are pretty rubbish right now.

I just finished reading Michelle Obama's book "becoming", which I absolutely adored, so maybe the contrast added to my opinion on it.

Linn
3.0 out of 5 stars Good read and many points are relatable. But it’s very American focused.
Reviewed in the United Kingdom on 10 March 2021
Verified Purchase
I got a bit exhausted from reading this book. As a millennial myself and a woman, I have experienced some of the issues raised in the book. It’s interesting read, but also a quite depressing read at times.
Read more
2 people found this helpful
Report abuse

FP
5.0 out of 5 stars One Of The Best Books I've Ever Read
Reviewed in Canada on 19 October 2020
Verified Purchase
This is not a book of solutions, it is a book of explanations, but extremely valuable ones. I worked myself into the ground at a hard job that promised long term rewards. However, even now, as I'm starting to reap the benefits of that hard work and I'm working a bit less (but still easily 20 hours of unpaid work a week), I'm still exhausted and feel guilty that my work isn't filling me with joy. This book is eye-opening, I've never read cultural commentary that so resonated with my personal life experience. I feel like Millenials are so often blamed for everything that's not great in our lives... since we're so lucky to grow up in modern times with smartphones, how dare we feel burnt out...this book addresses this narrative by carefully looking at what has changed since the post- WW2 economic boom and how it has impacted millenial lives in particular.
Read more
5 people found this helpful
Report abuse

Christine
1.0 out of 5 stars why am I a lower case w
Reviewed in the United States on 17 October 2020
Verified Purchase
I bought the book because many of my loved ones, relatives as well as friends, are in this age group. I thought the author presented their world very clearly and accurately, their frustrations and their elusive goals. However, as the book wore on I began to notice she capitalized Black and Brown but she never capitalized White. If this was a subliminal message, and I think it was, I do not appreciate being a lower case w. After all of her painstaking research and documentation, why would she do something like that?
Read more
90 people found this helpful
Report abuse
See all reviews

Anne Helen Petersen received her PhD in media studies from the University of Texas, where she studied the history of the gossip industry. Today, she writes about the future of work, celebrity, burnout, and more at her newsletter, Culture Study.