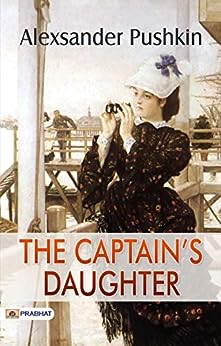 'In any language, The Captain's Daughter would be a miniature masterpiece' -- Daily Telegraph

'The Captain's Daughter is one of the stories in which Pushkin created Russian prose... It is true poet's prose, absolutely clear, objective, unpretentious and penetrating' -- Spectator

'Pushkin's greatest stories include the famous supernatural tale 'The Queen of Spades' and the thrilling historical novel about the Pugachev rebellion, The Captain's Daughter. Everyone should read these' -- Washington Post

'Time has done nothing to dull the excitement of the story, which, for all its romantic coincidences, is something more than a mere tale of adventure because its characters are something more than cardboard' --New York Times --This text refers to an alternate kindle_edition edition.

Alexander Pushkin was born in 1799. He published his first poem when he was fifteen, and in 1820 his first long poem-Ruslan and Lyudmila-made him famous. His work, including the novel-in-verse Yevgeny Onegin, the poem The Bronze Horseman, the play Boris Godunov and the short story 'The Queen of Spades', has secured his place as one of the greatest writers, in any language, ever to have lived. He died aged just 37, having been wounded in a duel-Pushkin's 29th-by his brother-in-law. --This text refers to an alternate kindle_edition edition.