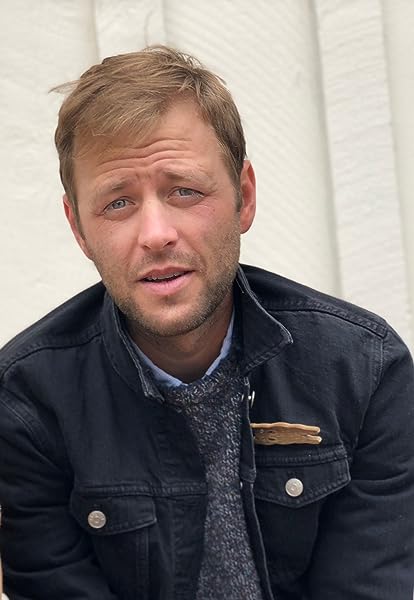 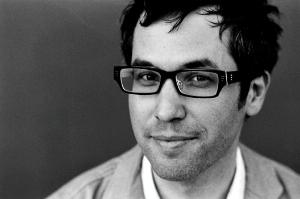 When Steve borrows the wrong book from the library, he finds himself involved in a treasonous plot that pits him against helicopter-rappelling librarians, has him outwitting a gaggle of police, and sees him standing off against the mysterious Mr. E. And all his Bailey Brothers know-how isn’t helping at all!

Worst of all, his social studies report is due Monday, and Ms. Gilfeather will not give him an extension!
Read more
Previous page
Next page

Mac Barnett is the author of the Brixton Brother series and several picture books, including Guess Again! and Chloe and the Lion (both illustrated by Adam Rex), and the New York Times bestseller Extra Yarn. He’s on the board of directors of 826LA, a nonprofit writing center, and founded the Echo Park Time Travel Mart, a convenience store for time travelers. Mac lives in Oakland, California.

Adam Rex is the New York Times bestselling author and illustrator of Frankenstein Makes a Sandwich. His other books include The True Meaning of Smekday, which was made into the hit animated movie Home; Moonday; and School’s First Day of School, illustrated by Christian Robinson. He also illustrated the Brixton Brothers series, Billy Twitters and His Blue Whale Problem, Chloe and the Lion, and How This Book Was Made, all by Mac Barnett, and Chu’s Day, by Neil Gaiman. He lives in Tucson, Arizona. Visit him at AdamRex.com or follow him on Twitter @MrAdamRex.


STEVE BRIXTON, A.K.A. STEVE, was reading on his too-small bed. He was having trouble getting comfortable, and for a few good reasons. His feet were hanging off the edge. Bedsprings were poking his ribs. His sheets were full of cinnamon-graham-cracker crumbs. But the main reason Steve was uncomfortable was that he was lying on an old copy of the Guinness Book of World Records, which was 959 pages long, and which he had hidden under his mattress.

If for some reason you were looking under Steve’s mattress and found the Guinness Book of World Records, you’d probably think it was just an ordinary book. That was the point. Open it up and you’d see that Steve had cut an identical rectangle out from the middle of every one of its pages. Then he had pasted the pages together. It had taken over two weeks to finish, and Steve had developed an allergic reaction to the paste, but it was worth it. When Steve was done, the book had a secret compartment. It wasn’t just a book anymore. It was a top secret book-box. And inside that top secret book-box was Steve’s top secret notebook. And that top secret notebook was where Steve recorded all sorts of notes and observations, including, on page one, a list of the Fifty-Nine Greatest Books of All Time.

Steve had already read all the Bailey Brothers books. Most of them he had read twice. A few he’d read three times. His favorite Bailey Brothers mystery was whichever one he was reading at the time. That meant that right now, as Steve lay on his lumpy bed, his favorite book was Bailey Brothers #13: The Mystery of the Hidden Secret. Steve was finishing up chapter seventeen, which at the moment was his favorite chapter, and which ended like this:

“Jumping jackals!” dark-haired Shawn exclaimed, pointing to the back wall of the dusty old parlor. “Look, Kevin! That bookcase looks newer than the rest!”

“General George Washington!” his blond older brother cried out. “I think you’re right!” Kevin rubbed his chin and thought. “Hold on just a minute, Shawn. This mansion has been abandoned for years. Nobody lives here. So who would have built a new bookshelf?”

Shawn and Kevin grinned at each other. “The robbers!” they shouted in unison.

“Say, I’ll bet this bookshelf covers a secret passageway that leads to their hideout,” Shawn surmised.

“Which is where we’ll find the suitcase full of stolen loot!” Kevin cried.

The two sleuths crossed over to the wall and stood in front of the suspicious bookcase. Shawn thought quietly for a few seconds.

“I know! Let’s try to push the bookcase over,” Shawn suggested.

“Hey, it can’t be any harder than Coach Biltmore’s tackling practice,” joked athletic Kevin, who lettered in football and many other varsity sports.

“One, two, three, heave!” shouted Shawn. The boys threw their weight into the bookshelf, lifting with their legs to avoid back injuries. There was a loud crash as the bookshelf detached from the wall and toppled over. The dust cleared and revealed a long, dark hallway!

“Not so fast, kids,” said a strange voice. “You won’t be recoverin’ the loot that easy.”

Shawn and Kevin whirled around to see a shifty-eyed man limping toward them, his scarred face visible in the moonlight through the window.

The man was holding a knife!

That was where the chapter ended, and when Carol Brixton, a.k.a. Steve’s mom, called him downstairs to dinner.

4.6 out of 5 stars
4.6 out of 5
61 global ratings
How are ratings calculated?
To calculate the overall star rating and percentage breakdown by star, we don’t use a simple average. Instead, our system considers things like how recent a review is and if the reviewer bought the item on Amazon. It also analyses reviews to verify trustworthiness.

@ThePhilWheeler
4.0 out of 5 stars Brilliant.
Reviewed in the United Kingdom 🇬🇧 on 14 October 2014
Verified Purchase
The first book that my 8 year old boy has really enjoyed reading from cover to cover. Can't wait to read the next one.
Read more
Report abuse

Elikal
5.0 out of 5 stars A really fun new series for kids of all ages ;)
Reviewed in Germany 🇩🇪 on 29 November 2013
Verified Purchase
I just love the Brixton Brothers series. I hope the author writes many more. It is a bit a parody on Hardy Boys and all sort of boy detective stories, but so funny and nice, it just is a very entertaining read.
Read more
Report abuse

Pop Bop
5.0 out of 5 stars Don't be put off by the "reluctant reader" tag
Reviewed in the United States 🇺🇸 on 6 October 2011
Verified Purchase
Dry wit, an appealing hero, silly but not dumb - this book has it all. It's sort of a Hardy Boys parody, but it doesn't have any of that "look how clever we are" smarminess that you find in most parodies of middle school and ya stalwarts. The pace is fast, but not the overly frantic breathlessness designed to cover up poor writing. It's just fun, and I would expect it to appeal to a wide range of readers.

I have seen a number of reviews and comments designed to market this book to "boys and reluctant readers". Lots of times that's a category filled with fart/booger/underpants books, which is unfair to boys, farts, and reluctant readers, (whatever, exactly, that group might be). While I understand, sort of, why some books are marketed that way, it really does an injustice to this book. This book will appeal to boys, girls, reluctant readers, and avid readers, because it is a good book.

Actually, it seems that this book might be considered the modern version of the Hardy Boys. Probably everyone who was a young reader read a few Hardy Boys books, and most people remember them with a certain fondness. But, if you have tried one lately you might have been surprised by how slow and simple they are, and how dead the prose and characterization is. The Brixton books are hipper, leaner, funnier, better plotted and, of course, more current. The mysteries themselves are also better. So, if you think your young reader might like the Hardy Boys, you might want to consider putting this in his hands instead.
Read more
18 people found this helpful
Report abuse

Helen
5.0 out of 5 stars Fun book to read aloud.
Reviewed in the United States 🇺🇸 on 19 November 2016
Verified Purchase
My 7-year-old daughter enjoyed this adventure and I enjoyed reading it to her. We laughed every time our hero Steve tried a sleuthing technique from his revered Bailey Brothers' Detective Handbook. Steve was always surprised when it did not work out the way it did in his favorite book. As always, Mac Barnett's writing is fun and full of fabulous vocabulary. He is the king of alliteration. I love this sentence, "Sometimes situations get seriously sticky, and sleuths need to get out of sight."
Read more
2 people found this helpful
Report abuse

New York Parent
3.0 out of 5 stars omg
Reviewed in the United States 🇺🇸 on 1 March 2019
Verified Purchase
This is a great book but i just hate the idea of having a small child being shot at! I mean seriouslly, you cant even read it to youngsters because of this! Other than that, this book is great and all the characters are described in depth likme they are real. I just love the crow stealling jewlery puzzle in the beginning. I tottally reccomend this book to 10-up year olds!
Read more
2 people found this helpful
Report abuse
See all reviews