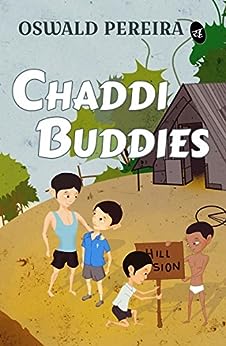 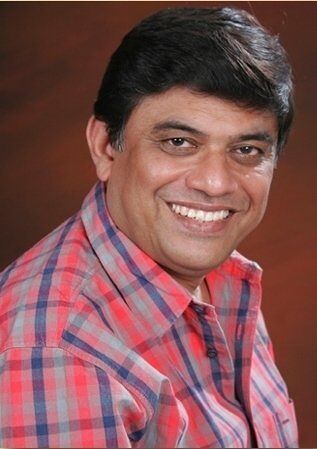 "A delightful, must read" – The Speaking Tree, A Times of India publication

"Worth a read" – Bangalore Mirror

“An emotional trip down the memory lane of childhood” – Daily Bhaskar

Oswald Pereira, a veteran journalist, is the author of the bestselling and critically acclaimed novels The Newsroom Mafia and Revenge of the Naked Princess. --This text refers to an alternate kindle_edition edition.

4.2 out of 5 stars
4.2 out of 5
41 global ratings
How are ratings calculated?
To calculate the overall star rating and percentage breakdown by star, we don’t use a simple average. Instead, our system considers things like how recent a review is and if the reviewer bought the item on Amazon. It also analyses reviews to verify trustworthiness.
Top reviews

Priya vyas
5.0 out of 5 stars A perfect read!!
Reviewed in India on 25 August 2016
Verified Purchase
The story shares the tales of various episodes of four friends. The story has all characters that one can relate to. The author has written the scenes very well and keeps you engaged. Though when we read Robert makes us feel the role and that is the best part! I liked the story and narration. The book does make you smile and cry all over. A perfect read!
Read more
One person found this helpful
Helpful
Report abuse

Rohit
4.0 out of 5 stars A Bittersweet Life
Reviewed in India on 6 September 2016
Verified Purchase
It didn't feel like a novel in the conventional sense. It felt like intruding on Robert's personal diary and the twin worlds that he inhabited. But that doesn't take anything away from how poignant this tale is. We often say that with the advent of technology and the modern life, relationships break down in the blink of an eye. But even in the sixties, this phenomenon is observed. Maybe that's what the author is trying to tell us. Beneath all the shiny veneer of goodness that we inhibit lies an utterly selfish reason for existence.

Equal in parts exhilarating and heart breaking, this novel is a pleasant surprise. It doesn't overdo the saccharine sweetness flavors that it starts with. It starts off sweet, waits for the reader to savor the sweetness before it throws just the slightest hint of bitterness. Maybe that's how life is
Read more
2 people found this helpful
Helpful
Report abuse

Cora Bhatia
5.0 out of 5 stars Chaddi Buddies is like Malgudi Days
Reviewed in India on 16 December 2015
Verified Purchase
Oswald Pereira’s Chaddi Buddies, which is set in a village, Golvada in Thana, with its rural and scenic surroundings, brings to mind RK Narayan’s Malgudi Days. Like the master story teller, Oswald brings to life each of the characters in the village and gives them a unique face and role, highlighting their traits and eccentricities, in sync with the twists and turns of his fabulous story.

But unlike RK Narayan’s Malgudi Days, which are different short stories, Oswald weaves various interesting episodes in the life of the protagonist and narrator Robert Pereira, to form an integral, complete novel. It’s as if he has written a novel with many short stories that link to ultimately become one story, each with a unique tale and twist of its own. The chapters are short and filled with incidents of fun, childhood pranks, adventure and humour. The language is easy flowing, the descriptions are vivid, and, overall, the story is simply beautiful.

Robert, a sensitive and intelligent, but clumsy kid, lacking the speed and street smartness of other kids is ridiculed and made fun of by the other kids, which includes his bullying elder brother Victor, who instead of helping his younger brother, joins in the ridicule to nickname his brother —Pondya—a feeble, weak person.

Robert finds solace in Hill Mansion, a ramshackle hut on the top of a hill, where he is more at ease than in his own modern home, happy to be in the company of his chaddi buddies Anand and Baloo and his hero, their elder brother Dattya, children of a domestic help. Their love and support do wonders for his deflated ego and self-esteem. Dattya mentors and trains Robert to regain confidence and strength to fight the ridicule of his peers and his elder brother Victor. Oswald captures Robert’s transition with great aplomb, portraying his emotions very realistically, bringing out Robert’s psychological trauma brilliantly.

The author also poignantly captures the characters of his father, mother, his siblings and his relationship with them that any child or adult would connect with and relate to in daily life.

Though the story is of a boy from the age of 9-17 years, I think the book has a universal readership and I would recommend Chaddi Buddies as a must read for children, young adults and the older generation too. I enjoyed reading the book and laughed and cried, and often pondered as I read this fantastic tale that has left a deep impact on me and would be an inspiration to anyone who reads it. Most importantly, Chaddi Buddies, is a work of great literary merit, unlike today’s commercialized paperbacks.
Read more
5 people found this helpful
Helpful
Report abuse

Reena Singh
5.0 out of 5 stars Absolutely Delightful
Reviewed in India on 14 December 2015
Verified Purchase
Chaddi Buddies is a charming little story that will take you back to the time you were growing up, to a time when you grappled with new feelings, new experiences and were learning new sets of values. The story centers around Robert Pereira, a young schoolboy who gets over his limitations by his strange, heart-warming friendship with the children of a domestic help. The story is set at a time when we Indians were not class-conscious, when we played out in the fields with everyone around who was our age, when material possessions did not define our choice of playmates or playtime. You will enjoy the book whether you are young or old -- the young will identify with evergreen scenarios of growing up pains and aches, and the older set of readers will love the book for its nostalgia -- peppered as it is with references to music, culture and values that people born in the '50s, '60s and '70s will really identify with.

Alaknanda
5.0 out of 5 stars Not just teens but good read for elders too!
Reviewed in India on 13 May 2021
Verified Purchase
I first thought this story book fir kids. Actually I bought it for kids. But when I started skimming through, realised this is not for kids, but also found interesting for my own reading.
Love - such a simple, comes with no cost but so rare, including one's home. Author makes us understand live and care are so much sought after by kids.
Read more
Helpful
Report abuse

Krishna
5.0 out of 5 stars Refreshing!
Reviewed in India on 3 January 2016
Verified Purchase
Wow, this is a very refreshing book to read! I have rekindled my enjoyment of reading novels by reading this book. All the characters are interesting, very well described, very meaningful and hilarious at the same time.

It is very engaging as the story develops, how the title character, the protagonist develops into a better, more brave, skilled teenager and is very reminiscent of real life development of skills, characters, personality. Everyone, including teenagers and adults can relate to this story as it is about challenges, romance, feelings, school, religion and growing up.

It is fun to read about the experiences of teenagers growing up in an environment where there were no computers, video games, mobiles in circulation. It is about the pure interaction with the environment, friends, family without any other distractions and a communication of feelings, plus challenges with the environment, and in school.
Read more
5 people found this helpful
Helpful
Report abuse
See all reviews

Marlene Monteath
5.0 out of 5 stars Heart Warming and Thought Provoking
Reviewed in the United States on 6 February 2016
Verified Purchase
Enjoyed reading this book and could not put it down. It is written from the eyes of an 8 year old, then journeys through his life capturing how life can change all of us. It brought back a lot of childhood memories of my own. It warms your heart and moistens your eyes a few times.
The book captures some touching moments in a child's life, struggling with insecurities and bullying. It also encapsulates life in a small village (where he grew up), and brings to life how kids of all backgrounds and religions dwell together in harmony, despite strong influences that make a small child wonder, yet secretly hold his own opinions and come to terms with reality.
Don't want to talk more about the book, least I give out the whole story...
I am sure you will enjoy the book!
Read more
3 people found this helpful
Report abuse
See all reviews
Back to top
Get to Know Us
Connect with Us
Make Money with Us
Let Us Help You
EnglishChoose a language for shopping.
© 1996-2021, Amazon.com, Inc. or its affiliates