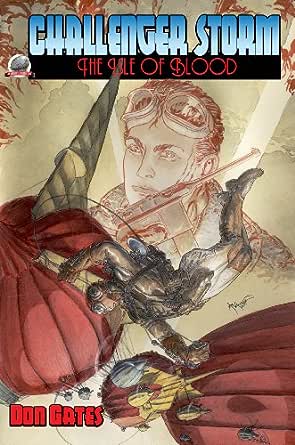 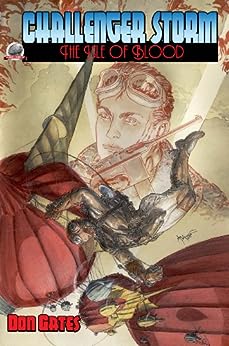 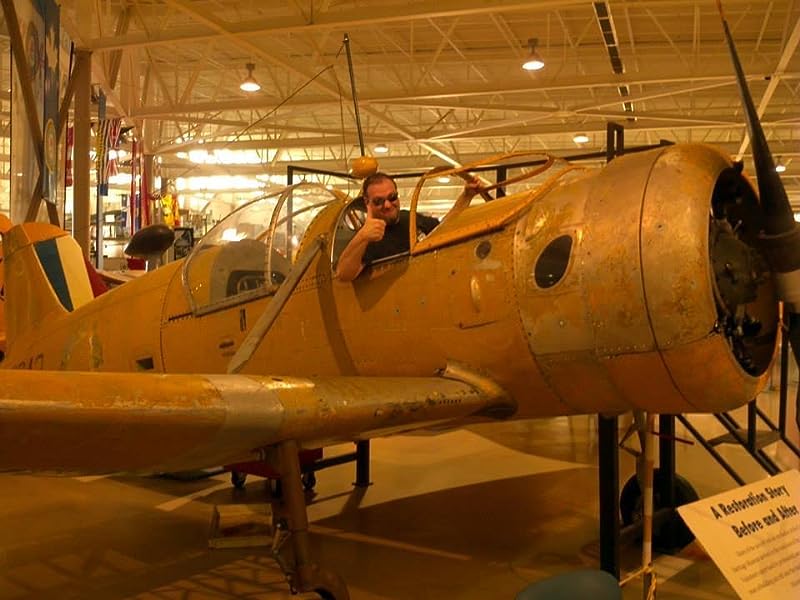 4.6 out of 5 stars
4.6 out of 5
4 global ratings
How are ratings calculated?
To calculate the overall star rating and percentage breakdown by star, we don’t use a simple average. Instead, our system considers things like how recent a review is and if the reviewer bought the item on Amazon. It also analyses reviews to verify trustworthiness.

Raven
5.0 out of 5 stars Enter the latest new pulp star!
Reviewed in the United States on 28 June 2013
Verified Purchase
Who is Clifton Challenger Storm?

The discerning pulp aficionado will find traces of many other pulp heroes in this new and exciting character. Like Lamont Cranston in The Shadow Movie, Storm was not always on the side of the angels, and had a major life-altering event that turned him into the heroic person he currently is. Like The Shadow, The Spider, The Rocketeer, and Marvel Comics' Daredevil, he is somewhat reckless and totally without fear, Like The Avenger, Doc Savage, and new pulp icon Lazarus Gray, Storm is dedicated to righting wrongs, and has gathered his own crew to aide him: Manny "Skids" Gerard, the small sized racing pilot; Brock Thurman, tattooed firmer circus strongman; and Willy Avis, top-notch mechanic and WWI veteran who served with honor in the battalion of the Harlem Hell-fighters. Also like Doc Savage, Storm is a master of gadgetry. His martial arts skills might remind one of The Green Lama.

And yet Challenger Storm is a character destined to rise on his own merits. The story is fast paced and full of suspenseful action, the villains are colorful and entirely ruthless, and the secret that lies hidden on La Isla de Sangre worthy of any of the stars of pulpdom.

The story is about a father's anguish at his daughter's kidnapping--or is it? Why does Willy Avis suspect more is at stake? The gang from MARDL, Storm's troubleshooting agency can count on the local police chief to aide them in their quest--or can they? The kidnapped lady's fiancé certainly seems to think so. What is the La Diosa de la Muerte? What is the secret of the remarkable stones in the jungles, stones that seem to have life of their own--or do they? And after all is said and done, who is the real villain behind the whole thing and what possible motive could drive him or her?

I suggest you take these warm up tidbits, and buy the entire meal. It is worth the price and the short wait you experience before it arrives an leaves you breathless like the most expensive caviar and Oak-matured Chardonnay! Devour it at your leisure, but you probably won't be able to put it down before you finish. I know I couldn't.

If possible, this one would get more than five stars, and with me, that says a lot.

Michael R. Brown
5.0 out of 5 stars Interesting new, neopulp character
Reviewed in the United States on 4 December 2011
Verified Purchase
Challenger Storm is a new neopulp character created by Don Gates. I know Don has been working on Challenger for some time, as I've visited his website and seen the preliminary work done on the characters and setting. Being from Florida myself, the idea of a pulp character set in the state is neat.

Clifton "Challenger" Storm is a pulp hero in the mold of Doc Savage or Captain Hazzard- more of an globetrotting adventurer rather then a crime fighter like the Shadow, Spider or Avenger. While he does fight bad guys, he's different. Also like Doc, or probably more like Captain Hazzard, he has a base of operations and has gathered a group of people around him. So he has aides like those characters, and it's hinted that different people will work with him on different cases. The two main ones in this book are somewhat in the mold of Ham and Monk: bickering characters. Unlike Doc or Hazzard, Storm has no special abilities, either physical or mental.

As this is the first work, we get a series of interludes that give a sort of background/origin to the character. This ties in with the finale of the book, which setups how future stories may arise, which hopefully will happen.

The story is fairly simple, and could easily have been a Doc or Hazzard story: a small Pacific island nation is plagued by several competing warlords (sometimes described as "terrorists", but I think that was a poor choice, as I don't think that term was used back then). Storm and company enter into the picture when recruited to help rescue a young lady, dealing with the warlords as well as a new threat.

A coupe for this book was getting Michael Kaluta to do the cover and several interior illustrations. Most pulp fans know of Kaluta for doing what is considered the best comic book interpretation of The Shadow, and this aviation adventurer character fits right in with Kaluta's style. I wonder if Kaluta will be involved in future volumes?

As noted, this is a great read and I look forward to future volumes.
Read more
2 people found this helpful
Report abuse

Prophecy Jo
4.0 out of 5 stars One of the absolute best of the new pulp adventures
Reviewed in the United States on 21 January 2018
Verified Purchase
An excellent new pulp adventure, with strong characters and situations. Gates is shoulder to shoulder with Barry Reese, Ron Fortier, and Chuck Miller as one of the best writers of this new pulp scene. The comparisons to Doc Savage are legit but slight; Challenger Storm stands on his own. The island comes to life vividly and the outre concepts are really well handled. This is really, really good.
Read more
Report abuse

Bill Craig
5.0 out of 5 stars Challenger Storm is a hero for a new generation!
Reviewed in the United States on 9 January 2012
Verified Purchase
Challenger Storm : Isle of Blood by DOn GAtes is an exciting and thrilling adventure the likes of which I haven't read since Bantam books quit putting out the Doc Savage reprints. The characters are lively and interesting and the action is first rate. Don is definately going to be a force in the New Pulp movement!
Read more
2 people found this helpful
Report abuse
See all reviews
Back to top
Get to Know Us
Connect with Us
Make Money with Us
Let Us Help You
EnglishChoose a language for shopping.
© 1996-2021, Amazon.com, Inc. or its affiliates