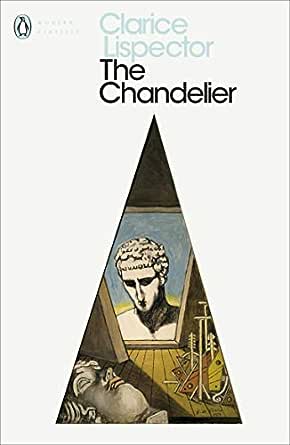 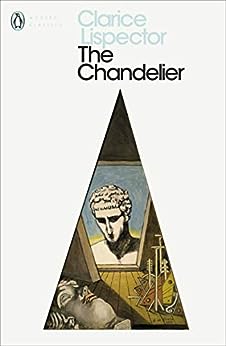 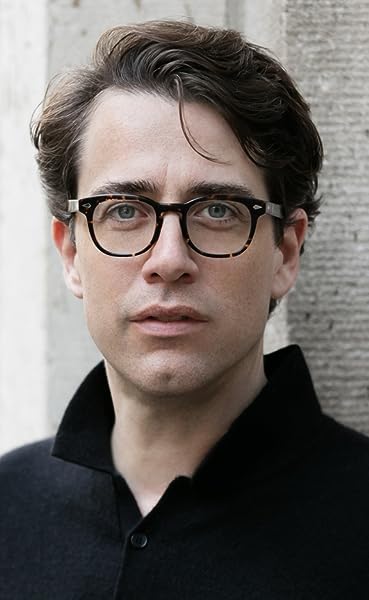 Lispector’s signature narrative style, which borders on stream-of-consciousness, is the vehicle for Virginia’s existential dilemmas and her observations about a world from which she often seems removed. The Chandelier includes all the earmarks of Lispector’s other work, too: a deep anguish, a search for the heart of human existence, and the unbearable weight of a solitude that is imperative to ultimate freedom. — Eric Becker (Americas Quarterly)

It is a lyrical outpouring of sensation and perception...Lispector is up to some extraordinary things. — Martin Riker (New York Times Book Review)

The revival of the hypnotic Clarice Lispector has been one of the true literary events of the 21st century. — Parul Sehgal (New York Times Book Review)

It's a shaggy stop-motion masterpiece, plotless and argument-less and obsessed with the nature of thought....Every page vibrates with feeling. It's not enough to say that Lispector bends language, or uses words in new ways. Plenty of modernists do that. No one else writes prose this rich. — Lily Meyer (NPR)

Lispector’s second novel is a breathless, dizzying and multi­sensory dive into the mind...The first English translation of The Chandelier is a major event, offering the anglophone world an insight into Lispector’s early grappling with the shapes and rhythms of thought. — The Times Literary Supplement

The Chandelier is an extraordinary book. — Reinaldo Laddaga (4Columns)

Lispector's signature brilliance lies in the minutely observed gradations of her characters' feelings and of their elusive, half-formed thoughts. — Kirkus

The Chandelier will reward those who enjoy challenging works about the power of the mind and about how we might grow up—without destroying who we have been, without fearing who we might come to be. — Music & Literature

This is a haunting family fable, and will fascinate those seeking a glimpse at Lispector’s genius in development. — Publishers Weekly

One of the twentieth century’s most mysterious writers.  — Orhan Pamuk

The Chandelier is not a book to be read at a fast pace, but rather one to be slowly sipped and savored, a few pages at a time—one that forces us to find other modes of reading, of approaching literature, committed to finding the pleasures of the text. — Christina Soto van der Plas (The Los Angeles Review of Books)

Virginia’s memory of the chandelier as an adult is as strange and ambiguous as the rest of the moments in the novel, deeply introspective and without a clear meaning, but the energy and spiritual wonder of her descriptions make the cryptic writing all the more resonant and spiritually urgent for both her character and her reader. — Mike Broida (Electric Lit) --This text refers to an out of print or unavailable edition of this title.

Clarice Lispector (1920–1977), the greatest Brazilian writer of the twentieth century, has been called “astounding” (Rachel Kushner), “a penetrating genius” (Donna Seaman, Booklist), and “a truly remarkable writer” (Jonathan Franzen). “Her images dazzle even when her meaning is most obscure,” noted the Times Literary Supplement, “and when she is writing of what she despises, she is lucidity itself.”

Magdalena Edwards is a writer, translator, and actor. Her work has appeared in the Boston Review, the Paris Review Daily, the Los Angeles Review of Books, and the Millions.

Benjamin Moser is the author of Why This World: A Biography of Clarice Lispector, which was a finalist for the National Book Critics' Circle Award, and is also the editor of the New Directions Lispector program. A former books columnist at Harper's Magazine, Moser is now a columnist at The New York Times Book Review, and is currently at work on the authorized biography of Susan Sontag. He lives in the Netherlands. --This text refers to an out of print or unavailable edition of this title.

4.6 out of 5 stars
4.6 out of 5
17 global ratings
How are ratings calculated?
To calculate the overall star rating and percentage breakdown by star, we don’t use a simple average. Instead, our system considers things like how recent a review is and if the reviewer bought the item on Amazon. It also analyses reviews to verify trustworthiness.

Pierre N. LeBlanc
5.0 out of 5 stars Being inside the head of another
Reviewed in Canada on 19 August 2018
Verified Purchase
For starters, I did find this book difficult to read. Often following a scene with one of my own and forgetting where the narrative was going. So, many passages we re-read as I worked my way through. But in the end I am left touched deeply and dizzy from being truly inside the main character's head. There is a wonderful mixture of happiness and hopelessness that passed from my head to my heart. I look forward to reading for of this author's work.
Read more
Report abuse

Lewis Ashman
5.0 out of 5 stars Genius!
Reviewed in the United States on 20 April 2018
Verified Purchase
In a lifetime of reading thousands of books, this is the best book I have ever read. It completely fulfills Ezra Pound’s dictum “the book should be a ball of light in the reader’s hands.” Lispector’s novel “The Chandelier” is a beautiful work of perfection. Each sentence sparkles with unexpected turns of phrase and startling invention. Reading “The Chandelier” is an experience of continuous joy and delight. It is a work of absolute genius. I look forward to rereading it again and again for the rest of my life. I’ve even bought copies for my sons and all of my friends. It is a passionate, wonderful, beautiful work that anyone who enjoys excellent writing will love.
Read more
16 people found this helpful
Report abuse

Zoe Westgate
5.0 out of 5 stars An amazing book by a much overlooked writer in the USA; elsewhere though she's a top-rated 20th century writer.
Reviewed in the United States on 22 July 2018
Verified Purchase
An amazing writer. Although this novel doesn't have much narrative, it's pure poetry and requires slow and repeated reading. Not for everyone, but it inspired me.
Read more
4 people found this helpful
Report abuse

Fsimo
1.0 out of 5 stars A waste of time
Reviewed in the United States on 16 April 2018
Verified Purchase
It’s like being inside the mind of a terribly confused person, and waiting for something to happen. When it does, it’s a huge disappointment, and I feeli wasted the time it took to read this book.
Read more
2 people found this helpful
Report abuse
See all reviews
Back to top
Get to Know Us
Connect with Us
Make Money with Us
Let Us Help You
EnglishChoose a language for shopping.
© 1996-2021, Amazon.com, Inc. or its affiliates