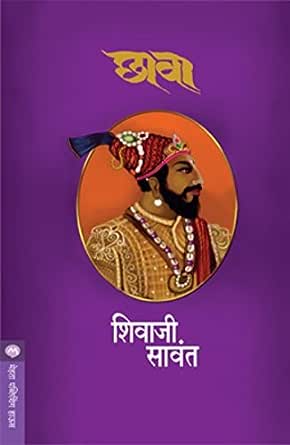 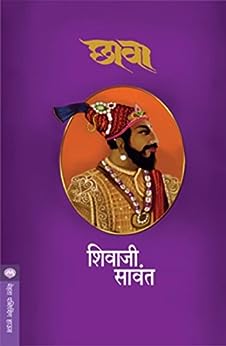 Born to Shivaji and his first wife Saibai, Sambhaji was entrusted with carrying on the Maratha empire which Shivaji began. Born at Purandar fort,he was raised by his paternal grandmother Jijabai. Shivaji signed the Treaty of Purandar with the Mughals, and sent Sambhaji to live with Raja Jai Singh of Amber, as a political hostage. Sambhaji was raised as a Mughal sardarand served the Mughal court of Aurangzeb. After Shivaji`s death, Sambhaji fought against his stepmother, Soyarabai Mohite, who had her son Rajaram crowned as the heir to the Maratha kingdom. Sambhaji escaped prison and formally ascended the throne on 20 July 1680. A brilliant tactician, Sambhaji was worthy of the throne of the Marathas, although his rule was short-lived. This book reveals his life story and showcases him for the ruler that he was.

Shivaji Sawant is an Indian writer. He has also written Yugandhar and Muktigaatha Mahamanavachya among other popular Marathi books.

4.6 out of 5 stars
4.6 out of 5
281 customer ratings
How does Amazon calculate star ratings?
Amazon calculates a product's star ratings based on a machine learned model instead of a raw data average. The model takes into account factors including the age of a rating, whether the ratings are from verified purchasers and factors that establish reviewer trustworthiness.

Pranav Pathak
1.0 out of 5 stars This rating is NOT for the content but for the Kindle version of the book which has too many typos
Reviewed in India on 12 September 2018
Format: Kindle EditionVerified Purchase
I purchased this book with great anticipation and excitement. Finally we had a Marathi book on Kindle! But the first chapter itself had so many typos that left me frustrated. These many typos clearly do injustice to such a amazing book.

I expect Amazon to correct the typos and provide an update for the ebook.

RATNESH DNYANESHWAR PATIL
5.0 out of 5 stars Best Book of my life
Reviewed in India on 8 April 2019
Format: PaperbackVerified Purchase
Good Book.. Good quality of pages.. Thanks to amazon for deliver this product very fastly.. Thanks to seller for giving me best quality book.
Read more

it's well described How badly mughals treated with Maratha King.
We can't even read, which has been faced by Sambhajiraje take..
Read more
One person found this helpful
Helpful
Comment Report abuse

jaydip gupte
5.0 out of 5 stars Must read
Reviewed in India on 2 July 2019
Format: Kindle EditionVerified Purchase
Must read, great power of words. You can actually visualize the scene while reading.and the truth can be known in today's confusing situation although there are no proof attached but then also one of the great book
Read more
Helpful
Comment Report abuse

Kavish Dandekar
1.0 out of 5 stars Pages missing
Reviewed in India on 25 December 2018
Format: HardcoverVerified Purchase
While reading it was observed that few pages were missing which is not good. Seems pirated copy.
Read more
3 people found this helpful
Helpful
Comment Report abuse

Yogen Sawant
5.0 out of 5 stars Great Book. Must read
Reviewed in India on 10 November 2018
Format: Kindle EditionVerified Purchase
What to say about this. The man on whom the book is written is so great that anything written on him would be a legacy.
The book is well written, great vocabulary and good composition.
Overall a must have book on Ch. Sambhaji Maharaj.
But if you want to know the real history you may better refer to Jaysing Rao Pawar's 'Ch.Sambhaji Maharaj Ek Chikitsa'
Read more
Helpful
Comment Report abuse
See all reviews from India

V. M. Kenkre
5.0 out of 5 stars A brilliant book on Sambhaji
Reviewed in the United States on 17 April 2019
Format: Kindle EditionVerified Purchase
This is a very good book on the unfortunate king Sambhaji. The description of the last hours of his life is fantastic indeed. One gains additional insights into the mind of Sambhaji that other books do not provide. Particularly of him as a poet of tender heart.
Read more
Helpful
Sending feedback...
Thank you for your feedback.
Sorry, we failed to record your vote. Please try again
Report abuse