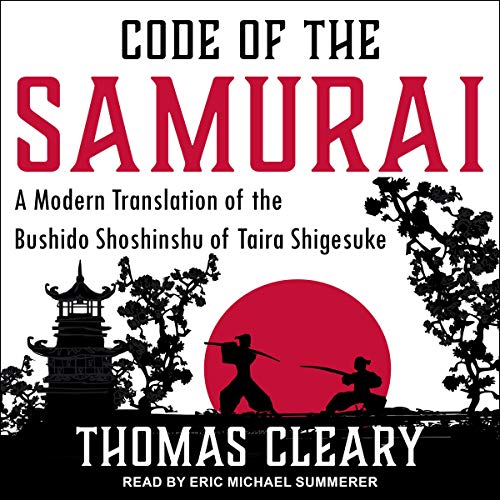 Code of the Samurai: A Modern Translation of the Bushido Shoshinshu of Taira Shigesuke

Code of the Samurai is a 400-year-old explication of the rules and expectations embodied in Bushido, the Japanese Way of the Warrior. Bushido has played a significant role in shaping the behavior of modern Japanese government, corporations, society, and individuals, as well as in developing modern Japanese martial arts within Japan and internationally.

The Japanese original of this book, Bushido Shoshinshu (Bushido for Beginners), has been one of the primary sources on the tenets of Bushido, a way of thought that remains fascinating and relevant to the modern world, East and West. This handbook, written after 500 years of military rule in Japan, was composed to provide practical and moral instruction for warriors, correcting wayward tendencies and outlining the personal, social, and professional standards of conduct characteristic of Bushido, the Japanese chivalric tradition.

With a bright, conversational narrative by Thomas Cleary, this book is indispensable to corporate executives, students of Asian culture, martial artists, or anyone sincerely interested in Japan and its people.