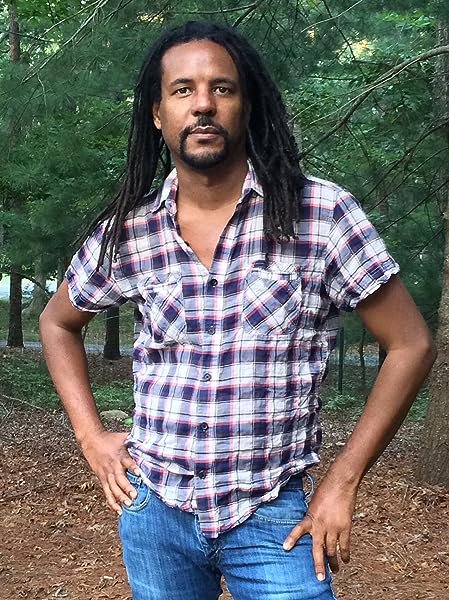 by Colson Whitehead (Author)
4.3 out of 5 stars 260 ratings
See all formats and editions
Sorry, there was a problem loading this page. Try again.
10 Days Replacement Only

Keep the item in its original condition and packaging along with MRP tag and accessories for a successful pickup.
Read full replacement policy
Read full returns policy
In a dazzlingly original work of nonfiction, the award-winning novelist Colson Whitehead re-creates the exuberance, the chaos, the promise, and the heartbreak of New York. Here is a literary love song that will entrance anyone who has lived in-or spent time-in the greatest of American cities. A masterful evocation of the city that never sleeps, The Colossus of New York captures the city's inner and outer landscapes in a series of vignettes, meditations, and personal memories. Colson Whitehead conveys with almost uncanny immediacy the feelings and thoughts of longtime residents and of newcomers who dream of making it their home; of those who have conquered its challenges; and of those who struggle against its cruelties. Whitehead's style is as multilayered and multifarious as New York itself: Switching from third person, to first person, to second person, he weaves individual voices into a jazzy musical composition that perfectly reflects the way we experience the city. There is a funny, knowing riff on what it feels like to arrive in New York for the first time; a lyrical meditation on how the city is transformed by an unexpected rain shower; and a wry look at the ferocious battle that is commuting. The plaintive notes of the lonely and dispossessed resound in one passage, while another captures those magical moments when the city seems to be talking directly to you, inviting you to become one with its rhythms.
Read more
Previous page
Next page

""Literary reputations may not always rise and fall as predictably as elevators, but if there's any justice in the world, Colson Whitehead's should be heading toward the upper floors."
Start reading The Colossus of New York on your Kindle in under a minute.

Instant 10% discount on SBI cards| Big Savings for Everyone

Colson Whitehead is the author eight novels and two works on non-fiction, including The Underground Railroad, which received the Pulitzer Prize, the National Book Award, the Carnegie Medal, the Heartland Prize, the Arthur C. Clarke Award, the Hurston-Wright Award, and was longlisted for the Booker Prize. The novel is being adapted by Barry Jenkins into a TV series for Amazon. Whitehead’s The Nickel Boys received the Pulitzer Prize, The Kirkus Prize, and the Orwell Prize for Political Fiction.

A recipient of a Whiting Writers' Award, a Guggenheim Fellowship, and a MacArthur Fellowship, he lives in New York City.

4.3 out of 5 stars
4.3 out of 5
260 global ratings
How are ratings calculated?
To calculate the overall star rating and percentage breakdown by star, we don’t use a simple average. Instead, our system considers things like how recent a review is and if the reviewer bought the item on Amazon. It also analyses reviews to verify trustworthiness.
Top reviews

james f. dillon
3.0 out of 5 stars Not the normal Colson Whitehead incisive storyline.
Reviewed in the United Kingdom on 13 January 2021
Verified Purchase
I would describe this book as an insiders knowledge of New York for New Yorkers.
Read more
Report abuse

Christine_Queen of Books
5.0 out of 5 stars Captures NYC well
Reviewed in the United States on 10 June 2021
Verified Purchase
I'm not too sure if this book cracked my heart open, or if my heart was already cracked open and it simply slipped on in to fill the empty spaces.

Whitehead so well captures various bits of New York City in this essay collection. I'd read an excerpt from the opening essay before, about how "You start building your private New York the first time you lay eyes on it." (Love that idea.) From there he goes on to describe the Port Authority, city sidewalks in the rain, the subway, walking down Broadway, Coney Island, rush hour, and more.

This isn't a romanticization of the city, rather, it's an enscapulation of what so many of us have experienced. Definitely the sort of book I'll reread.
Read more
3 people found this helpful
Report abuse

Maria Dessena
5.0 out of 5 stars Beautiful Writing
Reviewed in the United States on 16 May 2020
Verified Purchase
"Talking about New York is a way of talking about the world." I've been reading this book with my mother, who is 350 miles away, as a way to keep engaged with each other when we have to be apart. For her, it reminds her of the bus and train trips she used to take to New York every summer in the 60s. For me, it's fragments of thousands of thoughts I've had living and working in New York these past twenty years. We were both saying how timeless and universal the writing is; for a place that changes so quickly, this book could be any era, and resonate with anyone who has a special place in their heart for New York City. The writing is like poetry, so many great lines - "At the corner he wrestles with a ghost for the soul of his umbrella.". So clever and visceral. I really enjoyed this book, I can see myself re-reading it a few times.
Read more
5 people found this helpful
Report abuse

bob k
3.0 out of 5 stars Sigh
Reviewed in the United States on 13 May 2020
Verified Purchase
Some incredible writing and grab-you identifiable insights into NYC. And some alternative perspectives. The problem for me is that the book gradually turns into a seriously depressed person’s several hour monologue disguised as various characters’ voices. Sort of someone with multiple personalities all in urgent need of help.
Read more
4 people found this helpful
Report abuse
See all reviews