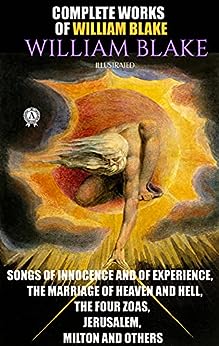 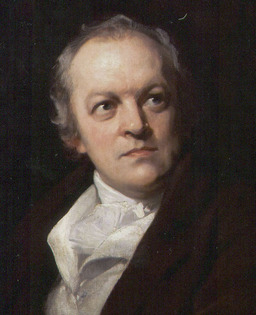 Complete Works of William Blake. Illustrated: Songs of Innocence and of Experience, The Marriage of Heaven and Hell, The Four Zoas, Jerusalem, Milton and others Kindle Edition

by William Blake (Author) Format: Kindle Edition
See all formats and editions
Sorry, there was a problem loading this page. Try again.

While his contemporaries considered Blake a madman, we now appreciate him as an important figure in the development of romantic and mystical poetry.
Blake's poetry is unique from every angle: It possesses a philosophical depth that impacts the reader at a spiritual level.
Blake created his own mythological world, which he outlined in his prophetic books. His complex world is inhabited by deities and heroes to whom he gave unusual names: Urizen, Luva, Tarmas, Urton, Los, Enitarmon, Aania, etc. The inspiration for Blake's mythology has many origins, including the Bible, Greek and Roman mythology, Scandinavian Eddas, and treatises by occultists and religious mystics.
Contents:
POETICAL SKETCHES
AN ISLAND IN THE MOON
ALL RELIGIONS ARE ONE
THERE IS NO NATURAL RELIGION
TIRIEL
SONGS OF INNOCENCE
THE BOOK OF THEL
THE MARRIAGE OF HEAVEN AND HELL
THE FRENCH REVOLUTION
VISIONS OF THE DAUGHTERS OF ALBION
AMERICA A PROPHECY
EUROPE A PROPHECY
THE FIRST BOOK OF URIZEN
SONGS OF EXPERIENCE
THE BOOK OF LOS
THE SONG OF LOS
THE BOOK OF AHANIA
THE FOUR ZOAS
MILTON A POEM
JERUSALEM: THE EMANATION OF THE GIANT ALBION
SONGS AND BALLADS FROM BLAKE'S NOTEBOOK (1793)
SATIRIC VERSES AND EPIGRAMS FROM BLAKE'S NOTEBOOK
UNCOLLECTED WORKS

Blake was a poet, painter, engraver and mystic.