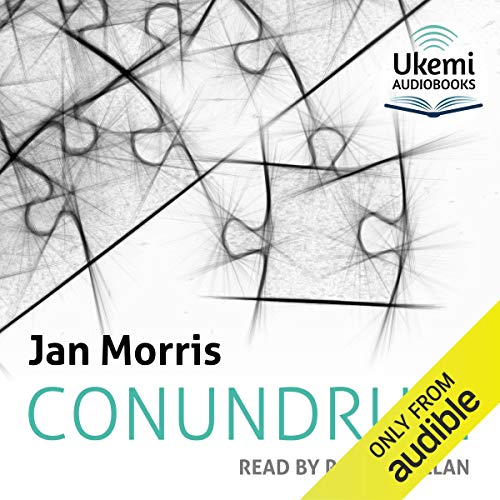 This remarkable memoir is the classic account of the transgender journey. It is all the more extraordinary because it is the life story of a figure who, it seemed, seamlessly and publicly charted a course through the English establishment - James Morris, outstanding journalist, historian and travel writer, famed for a peerless writing style. But all the while he was concealing a very different inner world: from the age of four he felt that, despite his body, he was really a girl.

Determined to be true to an undeniable inner impulse, James Morris, in his 40s, became Jan Morris. It was the 1970s, a time and culture far from our 21st century, where such matters have now become commonplace. What was it that impelled him to take such a frightening and irrevocable step? He faced the mental and physical challenges - the operation had to be done in Morocco and, as a well-known figure, attention from the world media could not be avoided. What pressures would that put on the family - a loving wife and growing children living in a North Wales village? But that inner impulse could not be denied.

Jan Morris tells the story in a clear and honest manner, without a trace of sentimentality or sensationalism. She recounts the emotional, physical, sexual and social issues that abound on such a journey in detail and, through this highly personal memoir, presents a memorable insight into the 'conundrum'. Jan is modest by nature, and it is only by implication that one becomes aware of the immense courage and integrity needed to see the transition through.

This is a deeply moving, beautifully written, unforgettable memoir. Sensational - yes, in a quiet way. Revealing - yes; no punches are pulled. But in the end, it is humane and uplifting.

Jan Morris, now in her 90s, has written a new introduction for this recording. Roy McMillan has recorded Morris' major historical work, the Pax Britannica trilogy (available on Audible), and is the ideal reader for Conundrum.

4.4 out of 5 stars
4.4 out of 5
794 global ratings
How are ratings calculated?
To calculate the overall star rating and percentage breakdown by star, we don’t use a simple average. Instead, our system considers things like how recent a review is and if the reviewer bought the item on Amazon. It also analyses reviews to verify trustworthiness.

Lakshmi Raman
4.0 out of 5 stars Conundrum - Issues current even today
Reviewed in India 🇮🇳 on 1 February 2022
Verified Purchase
I read the book as part of my understanding intersectional issues including those of LGBTQIA
Read more
Helpful
Report abuse
See all reviews

Josephsons
5.0 out of 5 stars Many reasons to read this
Reviewed in the United Kingdom 🇬🇧 on 20 June 2021
Verified Purchase
I was interested in this from wanting to understand Transexual people more. This part is explained very well from Jan Morris’ point of view. Then again I found this book had so much more going on. It was interesting historically and then painted pictures of places and times that were fascinating. This is sometimes a travelogue and is full of wonderful descriptions.
It had a lot to say about men and their position socially, their relationships and what is expected of them.
Some of what Morris comments will now be considered unacceptable but I loved the honesty and fearlessness of the whole thing.
I enjoyed ‘Europe’ and ‘Venice’ and am now encouraged to read more of her books. What an amazing woman!
Read more
8 people found this helpful
Report abuse

MaiJo
5.0 out of 5 stars Well written, fascinating, honest and objective
Reviewed in the United Kingdom 🇬🇧 on 7 January 2021
Verified Purchase
With so much in the news about transexuals lately I thought that I would read a story from someone who had lived the experience. In the storm of noise to which we are subjected these days, this story story gives a candid, thoughtfully written insight into one person's journey and what emotions took her to that place.
Although it is her own story, Jan's observations are also very objective and she writes with candour, considering the various facets of discomfort with sexual identity that an individual may experience. Her style of writing is engaging and draws one into the story; she has the gift of using prose in exactly the right way to describe in full the sights, sounds and smells of a scene without slipping into the verbosity of which some writers are guilty.
In the final scene, Jan simply asks for acceptance of who she is without any demands for society to change. And it is heartwarming that with very few exceptions, society has done just that. I thank her for sharing her story.
Read more
3 people found this helpful
Report abuse

Antoinette 🐝
5.0 out of 5 stars A Gender conundrum by John nee Jan Morris:
Reviewed in the United Kingdom 🇬🇧 on 26 February 2019
Verified Purchase
With Jan Morris elegance Jan tackles the time he became a she without further ado.
Father of 5 children .
Having to divorce his wife in order to have the surgery he so wanted .
Interestingly the way he was treated as a male then as a female after the change.
I found that very interesting.
A Book I would give to anyone who was in this predicament .
Well written ; why not ? after all as a man his work as an International correspondence shows .
Read it ..
Then read Jan’s new book ‘My diary .
Loved both:
Read more
7 people found this helpful
Report abuse

Sophie Carabine
5.0 out of 5 stars Timeless and brave account of a rich and talented life. Here's to JM.
Reviewed in the United Kingdom 🇬🇧 on 24 September 2016
Verified Purchase
What a memorable document for its time and for all time, an engaging account of a person, a life, and not just issues of sex and biology. JM is at pains to say what we now call gender dysphoria was a wider, deeper current in her life. What a wonderful love story too, of having been married, becoming fully female at last, being attracted to men at that point, having to divorce her wife because marriage had to be heterosexual and then... staying with Elizabeth and eventually being able to re-marry her in old age.

And, her travel writing is as wonderful. Up there with Thubron and the rest. Erudite, funny, everything you'd want. We are lucky to have this Welsh pantheist with us.
Read more
20 people found this helpful
Report abuse

Mr. K. L. Longmore
5.0 out of 5 stars Erudite, compelling, fascinating
Reviewed in the United Kingdom 🇬🇧 on 13 February 2022
Verified Purchase
It won't be everyone's cup of tea, but I found it beautifully written and erudite. Two of the final chapters describing how, as a woman, his/her life changed, are truly fascinating. An incredible life story up to and for a short time after surgery to become a woman. Very glad that I read it.
Read more
2 people found this helpful
Report abuse
See all reviews