<![endif]--> Skip to main content
Cosmopolitanism in the Age of Globalization and over 2 million other books are available for Amazon Kindle . Learn more
Share <Embed> 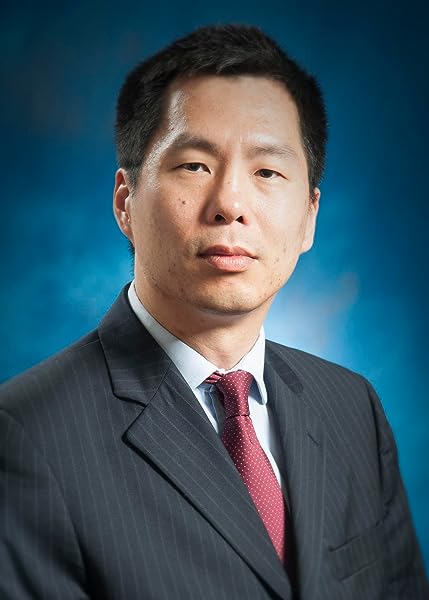 Cosmopolitanism in the Age of Globalization: Citizens without States Paperback – Import, 15 Aug 2011

""The editors have enlisted a truly outstanding roster of luminaries in the world of political theory. This is a very fine collection."--Clifford Orwin, Professor of Political Science and Director of the Program in Political Philosophy and International Affairs, University of Toronto" -- ""The range of thinkers this volume covers is extremely helpful for any scholar interested in cosmopolitanism. The volume is expansive temporally, culturally, thematically, and methodologically."--Richard Avramenko, University of Wisconsin-Madison" --

Start reading Cosmopolitanism in the Age of Globalization on your Kindle in under a minute.

JJ Spartan
5.0 out of 5 stars Fantastic Piece of Work
20 October 2011 - Published on Amazon.com
Verified Purchase
This book is one of the best on the subject. The editors have provided us with well-argued and researched essays, each of which is supported with real world examples. Cosmopolitanism changed the way I look at the world forever. Highly recommended.
Read more
3 people found this helpful

William R. Thomas
5.0 out of 5 stars An ambitious book, but well worth the effort
18 October 2011 - Published on Amazon.com
Verified Purchase
A quick video on what I found valuable and what I struggled with in this book.
Read more
7 people found this helpful

RIBOOKWORM
5.0 out of 5 stars Fantastic Book!
26 September 2011 - Published on Amazon.com
Most books or volumes written on cosmopolitanism either focus on a single thinker (such as Kant), or deal primarily with contemporary theories on the subject, or are written by scholars who are interested in advancing their own perspectives and approaches to this subject through the narrow confines of their disciplines (such as Nussbaum, Kwame Appiah, Seyla Benhabib). One would think on the basis of what dominates this field that cosmopolitanism is something of a modern phenomenon or it hadn't emerged until Kant or Martha Nussbaum came along; or that there are no serious and thoughtful challenges to some of cosmopolitanism's deepest assumptions and promises. This is far from the truth and this volume offers something completely different. This ambitious book, unlike other volumes that I am familiar with, offers a wide array of competing theories on the subject, most of which focusing on a single primary source or thinker.

The introduction gives a nice history of the development of cosmopolitanism and then the action begins. From brilliant essays by Mary Nichols on Socrates, to Thomas Pangle on Roman Cosmopolitanism on the Stoics and Cicero, to Heyking on Aquinas, to Khalil M Habib on Ibn Tufayl, all the way to essays dealing with Kant, Hegel, Heidegger, Kojeve, and even chapters on Madison and Republican Cosmopolitanism, to Lincoln's Reflective Patriotism, this book offers plenty to think about. The variety of philosophies and approaches considered is stunning and sets this volume apart from all the other volumes or books out there.
Some chapters, such as the one written by L. Joseph Hebert, treat several thinkers on the topic (Tocqueville, Cicero, and Augustine on the limits of politics and cosmopolitan ambitions); while others, such as Brian Domitrovic examine cosmopolitanism from the perspectives of economic theory (these two chapters are just wonderful). Not only does this volume bring together some of the biggest names in political philosophy, but it also brings into the conversation well known historians, economists, and social scientists. It is truly interdisciplinary in the best sense of the term.

By contrast to other very good volumes out there (for example, The Cosmopolitan Reader, by Garrett Wallace Brown) Cosmopolitanism in the Age of Globalization: Citizens Without States simply offers more. Unlike virtually all other contemporary works on the subject, this one takes on a more historical and critical view. As the editors point out in their excellent Introduction (do NOT skip this!), looking at the entire history of cosmopolitan tells a different story from what we often get by those who only focus on their own scholarly views at the expense of alternatives. It is difficult to single out specific gems. They are all excellent chapters and each offers a new angle from the perspective of a neglected thinker (or in some cases thinkers). I was pleasantly surprised to see chapters on Islamic and Christian thinkers. Habib's chapter covers a little known (at least to me) Islamic philosopher, Ibn Tufayl, and offers a very clear reading of his romance novel, Hayy, which I am now encouraged to read on my own, and in which Tufayl offers a sympathetic but critical critique of cosmopolitanism. This chapter along with Heking's and Hebert's complement each other well. Seeing the issues of cosmopolitanism in the thought and action of Lincoln and Madison was also an unexpected and valuable angle. The essays by Pangle, Nichols, Velkley, Habib, and Hebert are stunning and original. If nothing else, this volume will bring into the discussion neglected but important figures who not always embraced the claims or hopes of cosmopolitanism, but nevertheless felt it necessary to take its promises seriously by thinking through them.

Shawn Klein
5.0 out of 5 stars Historically Rooted and Relevant for Today
6 November 2015 - Published on Amazon.com
An important work that traces the roots of cosmopolitanism from the ancient world up through present day and its new challenges. It has a broad scope, pulling from different theoretical and disciplinary approaches to cosmopolitanism. It is deeply rooted in the historical basis and development of cosmopolitanism while also being highly relevant to today’s dilemmas and trends.
Read more
2 people found this helpful
Go to Amazon.com to see all 4 reviews 5.0 out of 5 stars
Unlimited FREE fast delivery, video streaming & more
Prime members enjoy unlimited free, fast delivery on eligible items, video streaming, ad-free music, exclusive access to deals & more.
> Get started
Back to top
Get to Know Us
Connect with Us
Make Money with Us
Let Us Help You
EnglishChoose a language for shopping.
© 1996-2020, Amazon.com, Inc. or its affiliates