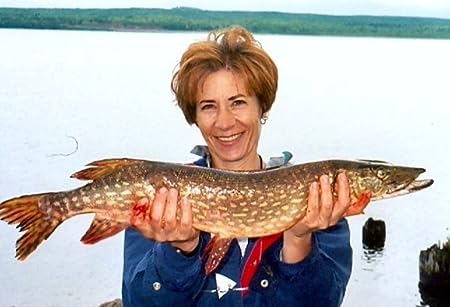 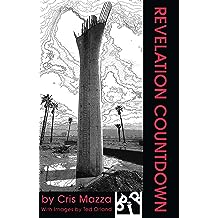 Revelation Countdown (Studies in Monasticism) 22 Nov, 2015
by Cris Mazza, Ted Orland
₹ 777.34
While in many ways reaffirming the mythic dimension of being on the road romanticized in American pop and fold culture, Revelation Countdown also subtly undermines that view. These stories project onto the open road not the nirvana of personal freedom, but rather a type of freedom more closely resembling loss of control. Being in constant motion and passing through new environments destabilizes life, casts it out of phase, heightens perception, and skews reactions. Every little problem is magnified to overwhelming dimension. Events segue from slow motion to fast forward. Background noises intrude, causing perpetual wee hour insomnia. Imagination flourishes, often as an enemy. People suddenly discover that they never really understood their travel companions. The formerly stable line of their lives veers off course. In such an atmosphere, the title Revelation Countdown, borrowed from a roadside sign in Tennessee, proves prophetic. It may not arrive at 7:30, but revelation will inevitably find the traveler.
Read more
Other Formats: Paperback
inclusive of all taxes 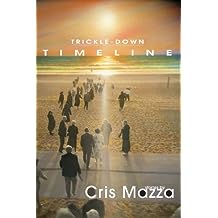 In the spirit of her critically acclaimed story collection Is It Sexual Harassment Yet?, Cris Mazza has completed a new collection titled Trickle-Down Timeline.  The eleven stories and three micro-fictions in Trickle-Down Timeline are focused glimpses into individual lives subtly influenced by the political and social milieu of the 1980s.  The title-story, “Trickle-Down Timeline,” which swims within a timeline of carefully selected items from the Reagan presidency, sets the tone for the collection: The “new” conservativism in American politics, which essentially began with Reagan, is a backdrop designed to color these stories about individual people struggling with their own lives in the era just before computers, at the dawn of “safe sex,” for a sub-generation of people who came of age without a war in Vietnam to unite them.  The book’s format allows this title story to tint and launch the rest of the collection, arranged with each corresponding to a year from the 1980s.

By now, nostalgia for the 1980s is an established sphere dedicated only to reminiscence about music, movies, TV shows, fads and styles of the decade, geared toward those who were in junior high or high school during the 80s.   What this kind of nostalgia seems to say is that to these “children of the 80s” (who were, after all, children in the 80s), the only things that concerned them were music, movies, TV shows, fads and styles.  In this way, most popular observations about the 80s tend to support mainstream media’s generalized summary which refers to the 80s as the decade of excess, of consumerism, of superficiality, of the “me-generation.”  What is missed, forgotten or disregarded by this kind of accepted emblematic synopsis is that there were other people in the 80s who were struggling, and not just financially. For some people, the surplus and glut were part of some other world, not theirs; and it couldn’t be a “me-generation” if they didn’t know who they were or where they were going.  They were often just finding out what they were going to want; or they were, in starting out, already where they were going to end up.

Some situations included in these stories include: lovers who become born-again Christians, childhood heroes beginning to disillusion and disappoint, the strain of women’s careers leading them to abandon their social ideals, divergent careers leading to long-distance relationships; characters grappling with negative body image, resentment of a spouse’s career success, and even a character whose development from childhood can be paralleled with the history of an inauspicious professional baseball team.

Some of these stories were actually written in the 80’s.  A very few in the 90’s.  Several were written in the 21st century.  This allows them to each have their own way of offering an element of the 80s.  Whether it is because their narrative style is the voice of a developing fiction writer in the minimalist-crazed 80s, or whether it is because they have the sharper (or sadder) eye of retrospect. 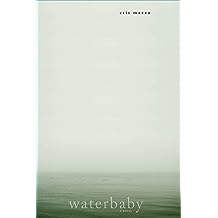 Waterbaby: A Novel 10 Sep, 2007
by Cris Mazza
₹ 1,102.10
"A gripping tale of compulsion, obsession, and forgiveness, set so evocatively amidst the fogs and furies of the offseason Maine coast. It's also an intriguing exploration of the ways in which our ancestral pasts echo within our own psyches." --Lisa Alther, author of Kinflicks and Kinfolks

As children, Tam and her older brother were swimming when she suffered her first epileptic seizure. He pulled her from the water and was crowned a hero. Tam was labeled disabled” and never swam again. And so began 30 years of vigilance, never allowing her body to betray her, never allowing her brother or her family or anyone else to influence her path. Now, in middle age, a lifetime’s worth of control has taken its toll.

Exhausted, she heads to Maine where, while working on a genealogy project, she falls under the spell of two dead women: an ancestor, Mary Catherine, who died at 33; the other, the town ghost. Through their cloistered, tragic lives Tam relives her own life over and over--until a distant cousin forces her to see herself in a new light. This novel of one woman's quest to transcend self-imposed limitations is superbly crafted and richly satisfying, and "shows us how, through resuscitating our pasts, and rescuing each other, we might just save ourselves" (Alex Shakar, author of Savage Girl).